Steinbrink’s voice brings to mind the California sound of the summer of love and also, strangely, a hint of Hot Chip front man Alexis Taylor. Which is no bad thing. 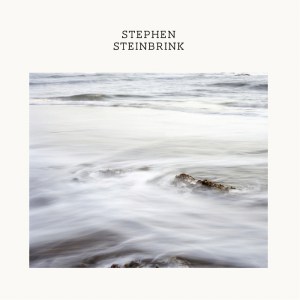 Steinbrink’s voice brings to mind the California sound of the summer of love and also, strangely, a hint of Hot Chip front man Alexis Taylor. Which is no bad thing.

There is a touch of The Byrds to opening track ‘Now You See Everything’, a gentle breeze of a song full of double tracked harmonies and 60’s warmth.

The awkward pop vibe permeates the album, and while occasionally the repetitive schtick can be grating ('Synesthetic Ephemera' seems to last a few minutes too long) the overall effect is quixotic, transporting us back decades, like finding a Beach Boys vinyl in a charity shop. Steinbrink's lyrics are loose and fun, like a Ray Davies for the naughties. When he sing/ speaks the lines, “Where do all the birds go in a freeze? / Check your emails in a dream / Reality feels cheap,” he manages to avoid sounding twee, coming across instead as the stoned best friend offering a drunkard’s wisdom.

'It’s So Pretty What You Did For Me' has the melodium bursts of a Sgt. Pepper-era Beatles tune, an Americana 'Penny Lane' with Andy Summers guitar licks and metronomic looped drums. 'It Takes A Lot To Change A Mind' sounds like a teenage Randy Newman playing with Crosby, Stills and Nash and seems destined to soundtrack an emotional montage in a quirky, offbeat coming-of-age Zach Braff movie.

The bedroom, DIY feel to the production has an analogue, Tame Impala feel to it, but bodes well for his next effort. While the tracks on offer are unlikely to trouble the chart, there is a depth and delicacy to the recording that suggests bigger thoughts and dreams may not be far away.