Steve Lacy comes on strong with his debut album Apollo XXI, delivering the soundtrack to our summer with his dreamy blend of alternative R&B and lo-fi indie pop. 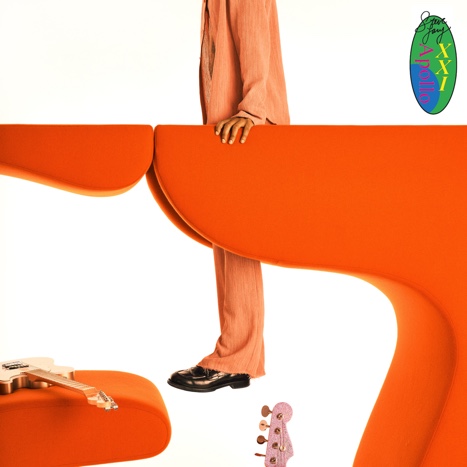 Steve Lacy comes on strong with his debut album Apollo XXI, delivering the soundtrack to our summer with his dreamy blend of alternative R&B and lo-fi indie pop.

At 21 years of age and a member of Grammy-nominated The Internet, Steve Lacy has already collaborated with the likes of Kendrick Lamar, Blood Orange and Solange. And now, with his debut solo record Apollo XXI, he's created an addictive, sunshine-laden and eclectic record.

The three-movement track 'Like Me' is a reflective 9-minutes, featuring DAISY. In the first movement Lacy comes in with an introduction explaining the song briefly, “This is about me and what I am.” The song is about acceptance, but not only from himself, but for others going through similar situations with their identity. Lacy sings, “How many out there just like me? / How many others not gonna to tell their family? / How many scared to lose their friends like me?” The track hints at sexuality with the line, “I only see energy / I see no gender,” but the rest of the track sticks to reaching out to his listenership.

The second and third movements seem to further the stages of acceptance, with the sadder, misunderstood second movement describing crying to the window, until the third  projects a more heavenly stage of tranquility, signifying Lacy's peace with himself.

'Guide' comes in with the funkiest little bassline and interesting, simplistic drums, with Lacy's soulful vocals channelling his inner Prince, while gliding over whole track. 'Guide’ demands you give it a little shimmy.

Starting off like a sonic wave from outer space, 'Lay Me Down' kicks in with a lovely indie Mac Demarco-esque guitar riff. Again, Lacy’s vocals are soothing, but the lyrics are sensual and seductive. While singing requests for, “when you lay me down,” the whole track screams Andre 3000. And that is never a bad thing.

In fact, 'N-Side' continues that Andre nu-funky-soul vibe, but with more of a Frank Ocean gleam across it, while Lacy comes onto us strong with his lyrics. “Inside, inside / tell me is it inside.” With this double entendre Lacy is both seductive and clever, with his narrative of the song seemingly innocent in the context of a guy just wanting to know if his girl feels the same way about him as he feels on the ‘N-side' of his heart. Cute.

When listening to Apollo XXI, Lacy’s influences ride high and reach wide. 'Lust We Trust' lyrically sounds like an adolescent indie love ballad written by Tyler the Creator, that could easily fit onto a Thundercat release. The record is a signal of intent from an artist who has shown maturity and self-reflection within, and you can assume is going to go from strength to strength from here on out.