Strange Cages have released their Silver Queen EP, full of frenetic twists and scorching turns. Charlie from the band gives us a track by track breakdown. 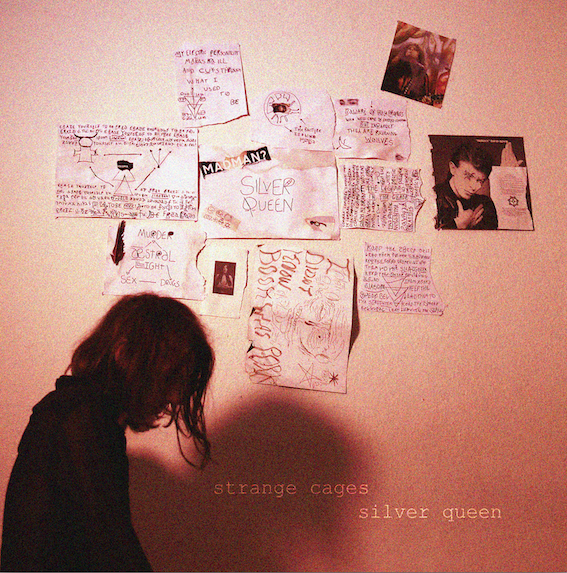 Strange Cages have released their Silver Queen EP, full of frenetic twists and scorching turns. Charlie from the band gives us a track by track breakdown.

We're beyond excited to have Strange Cages play our Halloween party with Roadkill Records soon, and Charlie was even kind enough to give us some insight into their recently released Silver Queen EP.

The record is based around a fictional cult leader called Silver Queen. And kicks off as intense and frenetic as you like. No nonsense rock with unhinged vocals and unrivalled confidence. It's a fantastic EP, with its strength coming from their freedom of expression. Psych chords reverberate across hot-stepping basslines, tripping through drum fills and trickling beats, before following the descent of the vocals into distorted howls. There are maniacal highs and hollow-eyed lows, even in just six songs.

Here's what Charlie had to say.

'False Prophet Death Waltz'
A lot of cults start out with some pretty good ideals, until things turn sour and the ego of the leader takes over. This song is The Silver Queen before he lost his mind. He’s angry about the clear wrongs in society and the apathy of the people who seem to do nothing about it and let the cycle go on.

'Lasers Of Joy'
A powerful and life changing ‘vision’. He is visited by a love interest who tells him the future is a black hole. She tells him that death is nothing to be feared and that he must steal the astral light of another human being to become powerful enough to lead.

'Sick With Desire'
This is a call to arms and a pretty clear description of the Silver queen’s hedonistic ideals.

'Silver'
The Silver Queen sings to his disciples. The godless children removed from society to start anew. We all just want to belong don’t we?

'The Leeches, The Fakers'
A paranoid and toxic rant at the leeches, the fakers, the grotesque and the vacant. Slipping in to the dark side, the mantras are twisting and ego is taking over.

'Children of the Gutter'
Help me my head has gone wrong and I keep doing bad things I don’t like. Mummy am I a cult leader or a madman in a filthy bedroom watching my delusions unfold in my own reflection?

You can see the band live at the below dates, but we (of course) strongly recommend the last one.