Dirty Otter are back ahead of their National Dirty Otter Day next week for a night of nothing but math-rock. 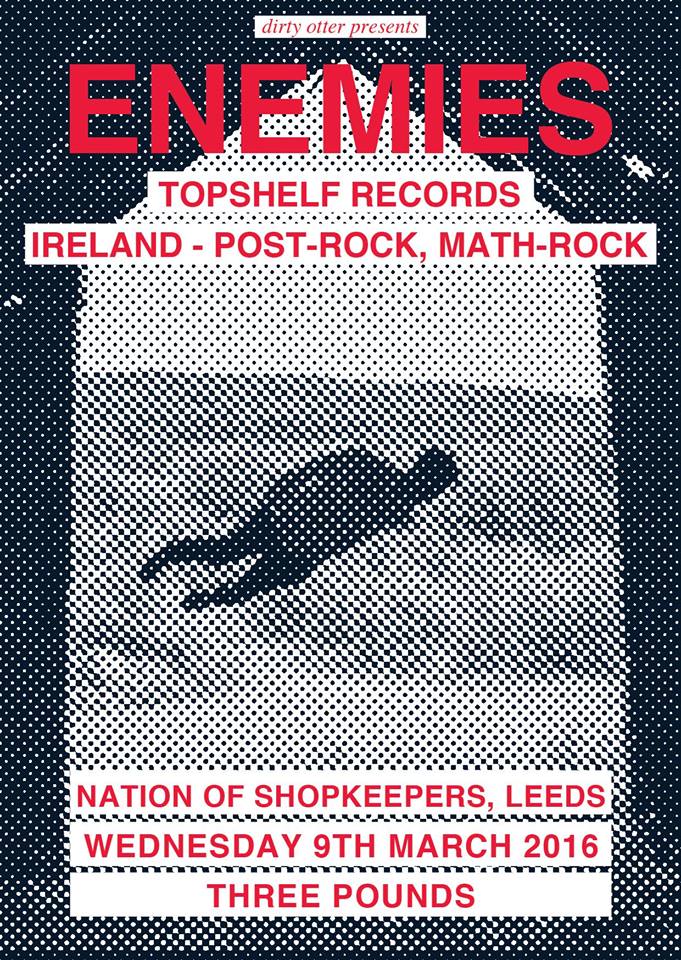 Dirty Otter are back ahead of their National Dirty Otter Day next week for a night of nothing but math-rock.

Math rock is a bit like marmite: you either love it, or you hate it… the signature changes, the often absence of vocals and the reputable jangly sound makes it a difficult concept to grasp. Tonight at Nation of Shopkeepers, Tall Talker, Unwave and Enemies showcase the genre at its best.

Tall Talker are a band we know well, it was only last November we had them on the launch night of our Raw Meat Presents in Leeds - back then we were amazed, and tonight bodes no different. Launching in with their flamboyant guitar hooks and absurdly up-beat noise, the band are astounding. Everything from the tight signature changes to the ferocity of the drummer is utterly brilliant. Although sometimes the trio breach into the repetitive nature of the genre, the way they can control their noise, flickering it from a timid mouse to an intimidating lion with a heavy instrumental piece, makes the band even more intriguing and absorbing.

Next band up, Unwave, are one octave lower than the rest; their moody guitars and bass combat the overtly cheery math rock we were first greeted with by blending the former twiddly rock with post-hardcore. Somehow, the addition of vocals doesn’t dampen the quality of the instrumentals either, they make it nasty, dirtier and give it an extra leg to stand on.

After near enough an hour of the intensity of math-rock, it’s questionable how much can really be appreciated. But from start to finish, headliners, Enemies, are mesmerising. Combining the compelling nature of Unwave with the exuberance of Tall Talker; Enemies are the epitome of math-rock. Weaving one song in with the next, it’s impossible to dip in and out of their set. And why would you want to when you can just stand and admire? The whole show flows naturally for songs that are reliant on following strict time signatures, and it’s a breeze to watch. Changing things up with a second drummer and a switch-around with entirely different instruments, the consistency remains.

For a line-up of fiddly math-rock, this night has been fixating throughout. A genre that at times can be repelling, has become inviting. If there’s anything to learn, it’s once again time to embrace math-rock.