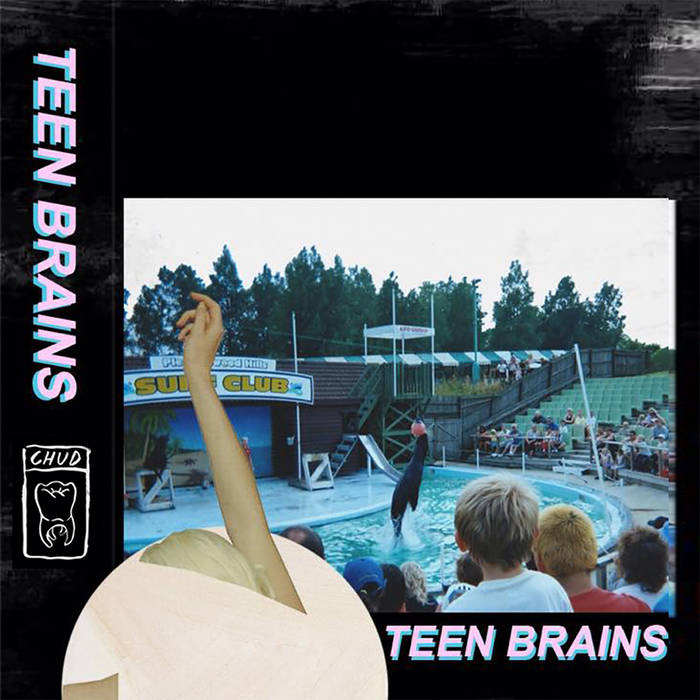 Already having played sold-out shows all over the country with Peace, the band have definitely marked themselves as ones to keep your eye on with these five hazy, guitar gilded and abundantly sublime tracks.

‘All My Time’ is a great choice of opener by the band. With its striking blend of indie vocals, enticing guitars and juicy feedback, the track is a pleasant surprise in that we are introduced to what is instantly recognisable as a commendably mature debut.

Following what is the heaviest track on the EP, ‘Lucid Dream’ has a more casual vibe and is more representative of what the band’s sound is like in general. This subsequent track includes some beautifully delicate lacing together of vocals, synths and guitars that are accompanied by a punchy drum beat. Trippy ‘Drench’ comes third, and begins the most laid-back and spaced-out track that Teen Brains offer. The haze is interrupted by gripping drums and gorgeous, screeching guitars. The track proceeds to fade back into its initial dreamy mood, soothing us with the effervescently cool vocals of Tyler Darrington.

If you haven’t been keeping up with the band before now, Teen Brains have previously released ‘Annabel’ as a single independently. The four-piece add further variety to their entrancing EP with this more upbeat, riff-fuelled track, before bringing it to a suddenly poignant ending. Also a previously released single (except this time through Beech Coma last September), ‘Flume’ brings the hazy debut to a satisfying close. The track is predominantly instrumental, and full of what are bound to become the band’s signature distorted riffs.

It’s a pretty impossible task to select a single standout track off of the EP, as each brings with it its own individual qualities and strong evidence that Teen Brains are a band that are able to exhibit versatility while simultaneously building up their own distinctive and recognisable sound. Pick up the EP on digital download or cassette from today (01/06/15).