Full of ferocious punk rock and random weirdness; check out The Amsterdam Red Light District’s (TARLD) debut album Gone For A While. 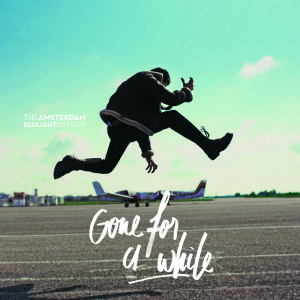 Full of ferocious punk rock and random weirdness; check out The Amsterdam Red Light District’s (TARLD) debut album Gone For A While.

Despite having possibly one of the worst (and longest) band name’s we’ve heard, The Amsterdam Red Light District’s debut album is sensational. Like the band name, this album is full on and shows that these guys are not afraid of taking risks. Packed with a punch, Gone For A While is the best thing that’s happened to the punk rock scene for a long time.

‘Time Flies’ is a superb opening track to the album. After ten seconds of compact drumming and a fuzzy guitar echoing into your ears, the track erupts into thrashing rock music accompanied by Elio’s (singer) snarling vocals. It completely sets the tone for the rest of the record which is equally as epic as the opening. Next up is ‘Just Have A Good Time’, which is something you can’t help but do when listening to the track. ‘Just Have A Good Time’ starts off with the sounds of a ukulele, that is then followed by probably the heaviest riff on the whole album and Elio screaming, “HERE WE GO”.  It’s hectic, heated and fucking great.  Only a band like TARLD could pull off such a weird concoction.

This album is built on impeccable riffs and hooks: ‘A Chance to Change’ and ‘Set The World on Fire’ are perfect examples of this. Both of these tracks are raw and sit perfectly between punk and hardcore. You seem to spend most of the time listening to this album questioning what this band’s sound really is. Is it punk rock? Is there a bit of pop punk? Or is it hardcore? The beauty is that you never really find out. Lead single, ‘Gone for a While’, has a universal appeal as it has just the right amount of pop punk and punk rock to attract all kinds of fans.

Instead of having the inevitable slow song that’s put in the middle of pretty much every rock/punk rock album out there, TARLD get around it by implementing an interlude called ‘Final Boarding Call’. By doing this, it proves that they aren’t about the gimmicks and they’re not going to fall into the same trap that other bands do. They’re something original, yet they manage to embrace everything that makes punk rock so fun and memorable. Final track ‘Waiting For So Long’ (ft Justin Schlosberg from Hell Is For Hereos) contains the same brutal noise that’s bellowed out of each track on the album. The one thing about this track is, although it is great, there’s no real end to the album. There’s no pinnacle to it that you normally want from the last song.

Gone For A While is a bold and adventurous debut. No-one really makes albums like this anymore; it’s either one genre or the other – there’s not enough of a combination. The Amsterdam Red Light District manage to combine punk rock with elements of pop punk and hardcore without it sounding like a huge mess. This is an album you’ve got to listen to if you’re a fan of any of these genres.