“We didn’t expect it to be this big, we had no idea” humbly confessed Brad Barr as he showed his gratitude towards the sold out crowd at London’s Union Chapel. 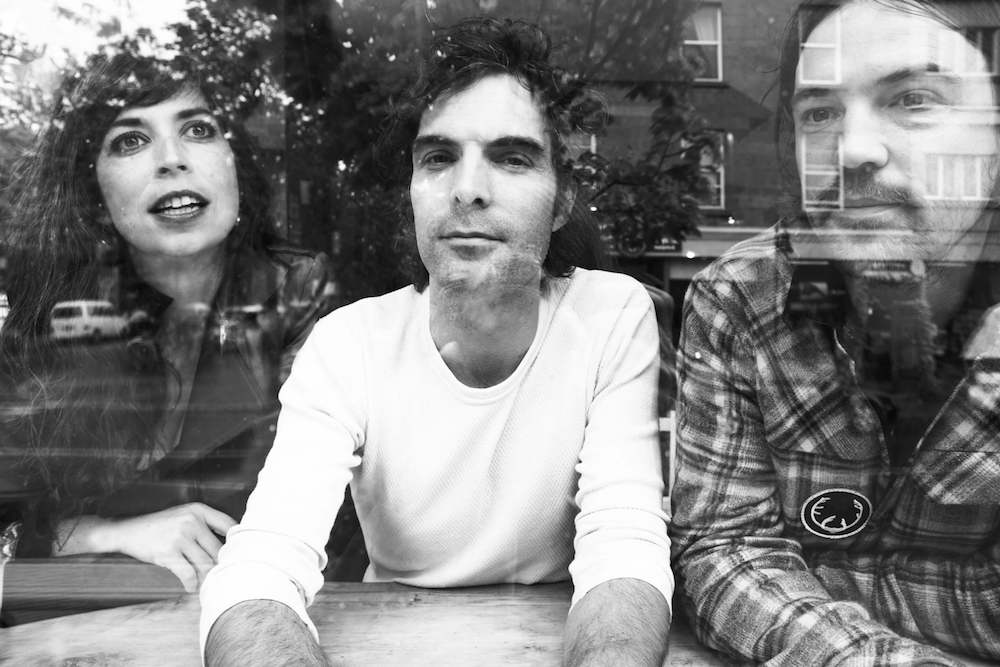 “We didn’t expect it to be this big, we had no idea” humbly confessed Brad Barr as he showed his gratitude towards the sold out crowd at London’s Union Chapel.

“You filled it!” someone in the pews reminds them, “No, you guys did, you filled it with love.” Barr concludes, as the crowd break into applause.

The Barr Brothers, fresh off the back of a successful jaunt around Europe with The War On Drugs, were back in the capital to promote their third and latest record Queen of the Breakers. For those who were only introduced to the Montreal band via seeing them open for the Grammy winning Philadelphia band (myself included), they cemented the foundations that had been laid just before Christmas.

Dim lights dominate the stage as the chapel is illuminated by a crimson stained glass window way up in the gods. The five piece entered, with the added bolstering of a brass section stationed in the pulpit, and eased into the unreleased ‘Radio’, showcasing everything that The Barr Brothers represent; soul, passion, heart, and fundamentally, expert songwriting from a collective that's tighter than the North Korea boarder control.

The audience at any show at the Union Chapel is a perplexing one. It's such a powerful space that as soon as you enter the huge oak doors, even the starkest of atheists begins to whisper. Perhaps it’s a subconscious fear of God nesting in us all. The conversations overheard in the bar aren’t the norm either. I genuinely overheard someone say, “You’ve got to be kidding me. We’ve summered there too!” After attending a few shows here, the demographic is generally the same. Not that it’s a problem to discuss where one summers (I like to think they were talking about Butlins at Bognor Regis), but the atmosphere can be a touch flat at the Islington church at times.

Although their inception as The Barr Brothers only happened in 2011, throughout the 2000s they were The Slip, successful in their own right and responsible for clocking up the miles of live experience that playing in bars, clubs, basements and attics brings after twenty years. Tonight though, it’s a church, and their songs echo like hymns from the stalls to the spire. It's truly a perfect setting to rejoice in their diversity; ranging from laments to delta blues stomps.

The charm to Brad Barr’s voice is in the fragility. At times it echoes early Cat Stevens or a pre-plastic surgery Art Garfunkel, like on the beautiful ‘Even the Darkness Has Arms’ from Breakers'… predecessor Sleeping Operator which is the first song received with the warmth of familiarity. What quickly becomes clear is their musical ability, they have it in an abundance and are all multi-instrumentalists. On ‘Look Before It Changes’ we hear an extended version with a effects-laden pedal steel solo, and slightly alternate renditions are a recurrence throughout the evening. After introducing bass player Mishka Stein, he and Brad begin to trade off licks on slide-guitar and double-bass, with a haunting subtlety that could have soundtracked Henry Fonda staring down Charles Bronson in Once Upon a Time In The West. The showdown erupted into ‘Half Crazy’, the band in their rawest, blues-tinged glory.

The songs that really flourish in the church are the somber cuts that come at the end of the set. The stage draped in darkness but for a single murky light that surrounds the single mic, the whole band gathers round to perform the heartbreaking ‘How the Heroine Dies’ and ‘Song That I Heard’ with horns ascending once again. Undoubtedly though, the “holy shit this band are great” moment comes during their latest single ‘You Would Have To Lose Your Mind’. A seven minute slow burning crescendo that constantly flirts with climax, and when it delivers, it delivers. With Barr tearing his vocals to their absolute limit, harp and pedal agitatedly wail. “What a fucking band” one guy hails as the song comes to an end. And he’s not wrong.

Often bands are described as sounding ‘just like the record’ which isn’t necessarily a good thing. Live, there’s an unknown frequency that can be tapped into that exceeds the limitations of a recording; it’s just knowing how to grab it. With a breathtaking setting, a well of songs to draw from, and a receptive middle-class audience, Barr Brothers did just that.