Despite professional and personal heartache The Drums are stronger and more electric than ever with fourth LP Abysmal Thoughts. 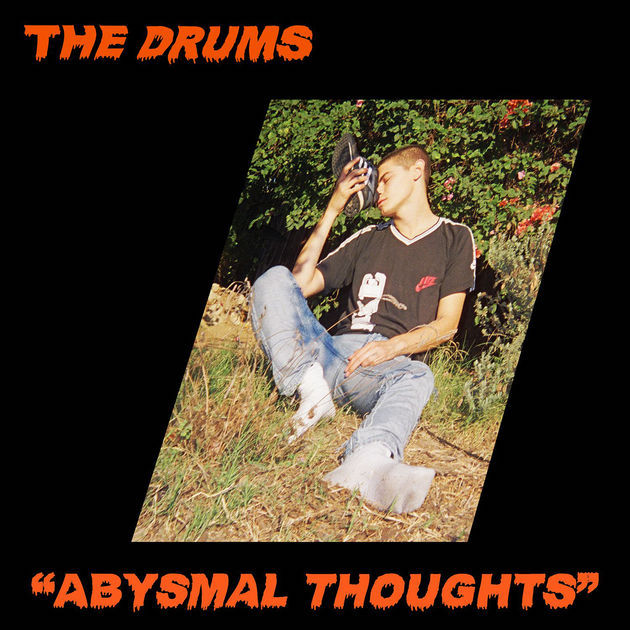 Despite professional and personal heartache The Drums are stronger and more electric than ever with fourth LP Abysmal Thoughts.

Being the creator and audience of any art form throws up conflicting interests for both parties. One revolves around emotion and, more specifically, the feeling and displaying of it. The title of the fourth LP from The Drums is Abysmal Thoughts. In most instances, the name given to a body of work is intended to be somewhat representative of the art that lies within. Whilst many would agree that art which expresses emotion beyond happiness is much more powerful (does this mean we don’t want our favourite artists to be happy?), as titles go Abysmal Thoughts does sound a bit like a torrid evening of chugging white wine spritzers at Wetherspoons with your kind-of mate Jen, talking about her shitty boyfriend Andy. Abysmal Thoughts, however, is a thoroughly enjoyable listen.

There aren’t enough numbers to count the musicians that have professed on their latest album cycle how, “this is the most honest and raw” they’ve ever been, but I found myself genuinely hurting for Jonny Pierce. He recently revealed to Noisey that, on top of long-time collaborator Jacob Graham leaving the band to make The Drums a one-piece, Pierce also went through a personal break-up with his husband in the run-up to what would become Abysmal Thoughts. Even if the listener is lucky enough to not have recently endured such heartbreak themselves, it's difficult not to feel a pang of sadness when picturing how Pierce - determined to make a change after this period - ended up leaving his longtime home in New York only to find himself isolated in a large empty apartment in Los Angeles, the most isolating place on earth. Furthermore, he's brave enough not to hide his pain behind winding metaphors and opaque prose, instead addressing his thoughts and questions in the tones and language you and I would.

Though there are a couple of occasions whereby the lyrics are the wrong side of unsophistication (the chorus of ‘Are U Fucked’ doesn’t amount to much more than just that), one example, ‘Head of the Horse’ especially pulls at the heart strings. Pierce timidly asking to be hugged in the background is trodden down by the overpowering sound of him telling us that his partner thinks he's boring.

Whilst The Drums have clearly lyrically evolved from whooping about the excitement of going surfing, for the most part the music has stuck to what it knows. Pierce allows his ever-impressive trademark falsetto vocal to disguise the sorrow on ‘Heart Basel’, while the playful synth and beats of ‘I’ll Fight For Your Life’ jar against the morose vocals in typical Drums fashion. It's clear, though that Pierce is revelling in the freedom that comes with being a one-man band. The fact that ‘Mirror’ has tinges of nineties pirate radio drum and bass, and is the album opener, speaks volumes. This new-found liberty takes Pierce to places he hasn’t been to before. The mess of dubstep bass, outerspace synth and a saxophone solo being thrown together on ‘Your Tenderness’ is a step too far, but the isolated vocals on the chorus of ‘Shoot The Sun Down’ supply drama (a quality not often seen in The Drums’ craft). And the reliance of a single acoustic guitar on ‘If All We Share (Means Nothing)’ brings a tenderness and fragility.

Abysmal Thoughts is not only testament to Pierce’s strength as a musician and writer (it's only too easy to want to sing and dance to ‘Blood Under My Belt’ without acknowledging the deep sorrow with which it's laced), but also to his strength as a human being. To produce a pop album as strong as Abysmal Thoughts and evolve a band to this extent is impressive; to do so on your own, and after such heartache, is aspirational.