Norwich gigs are hit and miss. Being from Norwich and a fan of punk rock music, the music scene can be pretty lame. 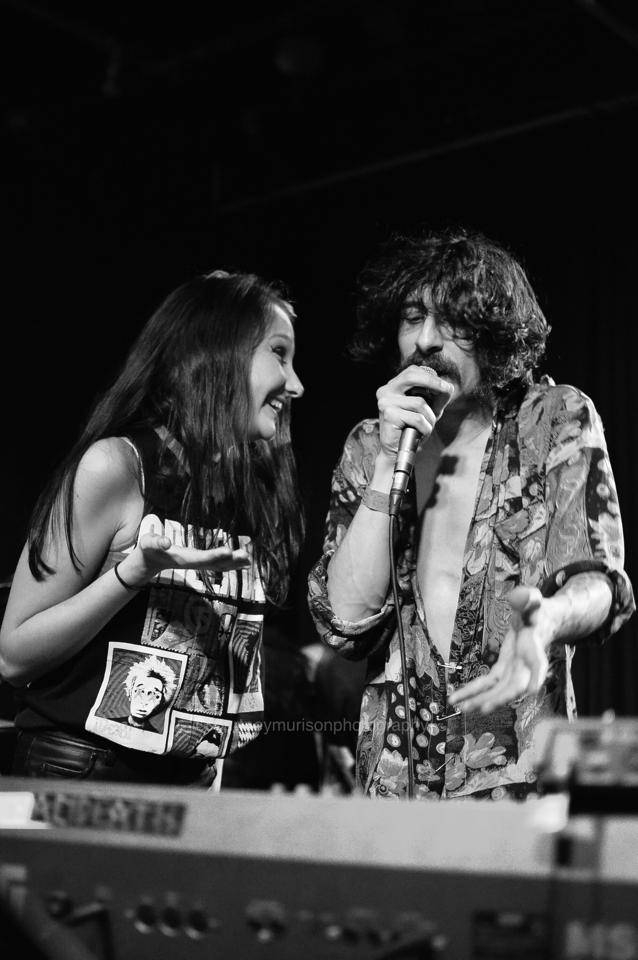 Norwich gigs are hit and miss. Being from Norwich and a fan of punk rock music, the music scene can be pretty lame.

Every now and again you’ll get a good band tour in Norwich but even when they do, half the time the crowd isn’t up for it, and the other half there are only about 20 people there. Despite the small turnout for Turbowolf on Monday, the band managed to make something that could’ve been disastrous; truly epic.

Support for Turbowolf on the Download Freezes Over tour came from God Damn and Empress AD. God Damn seem to have flourished in 2014 and are set to keep on storming into 2015. Unfortunately, I missed the majority of God Damn’s set due to interviewing Turbowolf, but I did hear the muffled sounds of their punk and metal mash up and boy did it sound good. When I eventually got to catch God Damn, Ash Weaver’s fierce and powerful drumming got everyone craning their head to take a nosey at his epic talent whilst Thom Edward’s screeching vocals echoed through The Waterfront. Empress AD were on next and tried to warm the crowd up for the headline act. After a while, their songs became a bit repetitive as every song seemed to consist of a heavy, fast-tempo riff followed by a heavy metal slow tempo breakdown. As the main support of a band that constantly breaks conventions of rock music, it was difficult to not be a little bit disappointed.

But Turbowolf did not disappoint. Raucous energy, peculiar riffs and extra-ordinary live performances is what they're made of. This band have become recognised as a band you MUST see live. But what is it exactly that makes their live performances so memorable? Is it there unique style of music? The crazy fans that are prepared to break bones at their gigs? Or something else? Their gig at Norwich made headway in answering these questions.

We’ll start with their live presence: Chris Georgiadis is a maniac of a frontman. He somehow adds even more excitement to the already eccentric and exhilarating Turbowolf. Like I said earlier, Norwich has become notoriously boring when it comes to watching experimental rock bands. But Chris’ talent as a singer and entertainer combined with the epic force of Turbowolf meant that everyone got a little taste of what makes them quite so good. After the first ten minutes of the gig, Chris had already launched himself into the crowd shouting into people’s faces and pulled a girl on the stage (see main image) to play his piano – something even the best band in the world wouldn’t dare to do in the initial awkward atmosphere they were put in.

Now on to their unforgettable sound…their most recent single ‘Rabbit’s Foot’ was an absolute mind-blower. If you thought the song sounded insane on record then imagine that amount of awesome multiplied by 1000 and then you’d get a little close to how good it is live. ‘Solid Gold’ was another stand out track of the night as Llianna Lee Davis’ (bass and backing vocals) luscious vocals added more mystery and quirk to the band’s already exceptional music. The audience were also treated to some brand new songs that all sounded bigger and better than anything they’ve released before, proving that these guys are unstoppable. The only thing missing from the performance to make it the best gig of the year was the unruly behaviour you’d expect from a punk-rock crowd.

After watching Turbowolf and listening to everything they’ve ever released repeatedly, I’ve come to the conclusion that there’s nothing else out there like them, and I’m left questioning why.

All images by the amazing Courtney Murison.