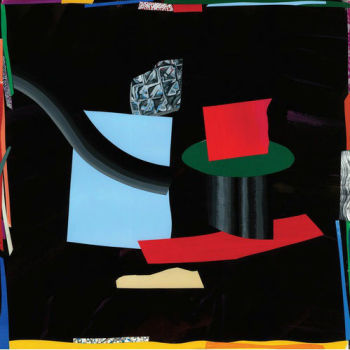 Last year saw the astounding and deservedly critically acclaimed debut album from psych trio Virginia Wing. Following the release of their hypnotically beautiful LP, the band have been going from strength to strength and began 2015 by touring with noise gods Hookworms. If you made the mistake of letting Measures Of Joy pass you by on its release then fear not, as the band are rereleasing the album on limited edition deluxe two colour vinyl (yum).

Psych has been indisputably on the rise in recent years, with the previously mentioned Hookworms at the forefront of the invigoratingly vibrant movement. Virginia Wing are a superb addition to the scene, and bring to the table a hefty supply of mind-meltingly gorgeous riffs, hazy synths and the spectacular vocals of singer Alice Merida Richards.

'The Body Is A Clear Place’ gets the album off to a suitably enticing start with its gentle yet imposing melody. The delicate transition the band are able to make in their music between soothing and hypnotic to heavy and ominous is instantaneously noticeable and is gladly a skill that is utilised on a reoccurring basis by the band over the course of the album.

Stand out track ‘World Contact’ comes third and quite quickly contrasts with the previous two slower tracks as it opens with a punchy and startling drum beat. It continues to play with samples in amongst Richard’s beautiful voice, and is completed by a strong and addictive chorus. Halfway through the track it slides into a truly mesmerising kaleidoscopic mass of trippy rhythms that create a definite stamp on Virginia Wing as ones of creativity, intelligence and huge potential.

Even with the best track so early on in the album, Measures Of Joy certainly doesn't make the mistake of peaking too soon. Longest track on the album ‘Meshes’ shows yet another dimension to the band as it constantly switches direction from casual upbeat synths to a more ominous and darker aura, all of which subtly builds up towards the end to yet another display of brilliance.

As is blatantly clear by now, the stunning voice of Richards is very much commendable and a force to be reckoned with. However Virginia Wing aptly prove that they are not simply relying on the vocalist to give the entrancing sound that they do by dropping in instrumentals, most notably ‘An Arabesque’.

Bonus tracks ‘Donna’s Gift’ and ‘Rit Rit Rit’ are even further additions to an already colossally impressive debut. ‘Donna’s Gift’ is one of the best tracks with its far more upbeat nature achieved through its entwining of a lovely bass line and shimmering background noises. Closer ‘Rit Rit Rit’ brings the album to an excellent finish as Virginia Wing show off their skill and versatility one last time in this heavy instrumental.

With such a mature and thoughtful album as their debut, Virginia Wing can only be expected to give us more great things from here on in. Eerie, distortive and above all incredibly enjoyable, Measures Of Joy is not one to be missed out on.