We sent Cat Tillekeratne to find out about the lo-fi industrial punk of The Garden and the critics' favourite, Warpaint (both from the US) as they performed a mini-tour of Europe. 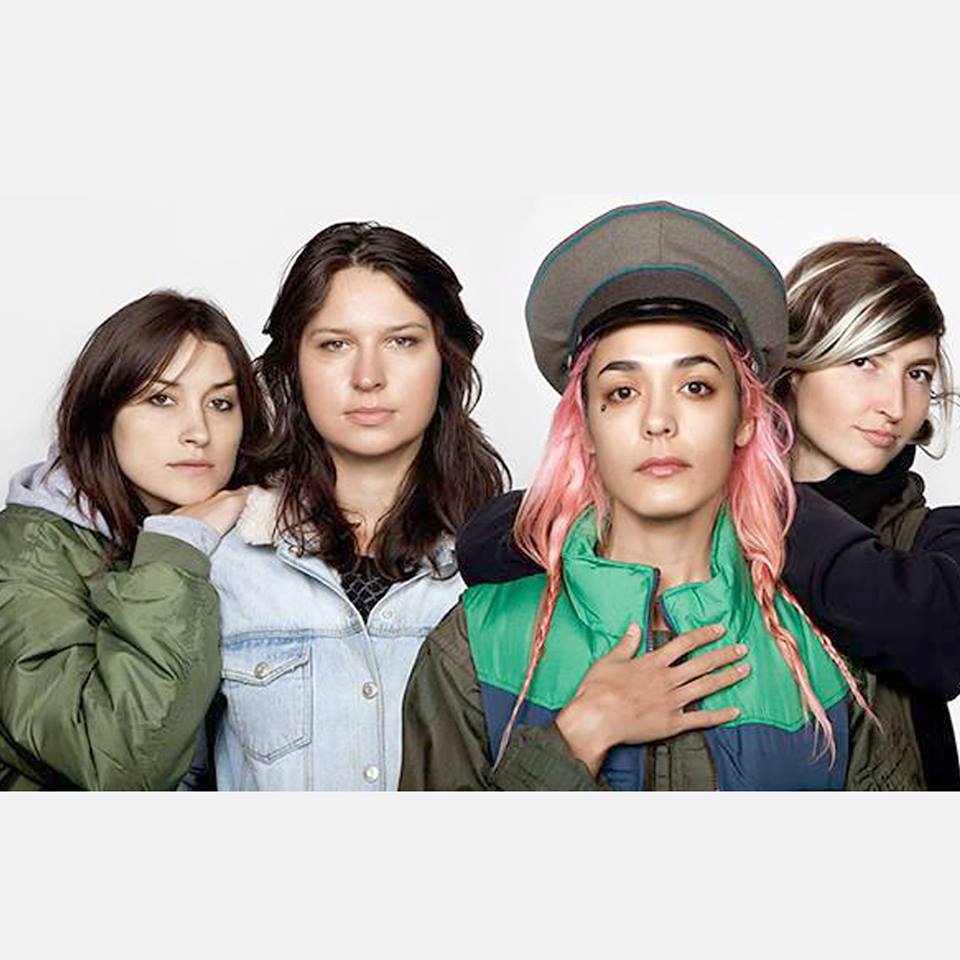 We sent Cat Tillekeratne to find out about the lo-fi industrial punk of The Garden and the critics' favourite, Warpaint (both from the US) as they performed a mini-tour of Europe.

Ahead of the main event there was interesting support from Californian identical twin brothers, two-piece band, The Garden. An avant-garde punk band, front man Wyatt’s confident performance displayed passionately rendered, if unfathomable lyrics. His consistant bass guitar effect, a little akin to someone attacking a radiator with a didgeridoo, was complemented pleasingly by brother Fletcher’s raging yet expansive drumming. Over the course of their set, comprising mainly of curt songs, the only let down was a lack of variety to their sound.

In contrast, the headline act of the night, Warpaint promised a wider spectrum. This entrancing band’s set commenced softy with distinctive plaintive vocals, mesmerisingly blending together, occasionally reminiscent of Gregorian plainchant. Their second track ‘Undertow’ built steadily to a laconic beat-ridden atmosphere, deceptively belying the growing energy on and off stage before continuing into ‘No Way Out’. Following a brief if upbeat instrumental the band paused for a ‘conflab’. Where this would usually bring the mood crashing down, instead it built intrigue and anticipation within an attentive audience, as they launched into ‘Composure’, a track of wonderful light and shade with unexpected changes of pace.

The band stood within a stripped back set of bare, sundry coloured light bulbs strung simply either side of their eponymous album cover, billowing slowly whilst bathed in the ever evolving colours. This lack of fuss or ostentatious staging, leant focus to the soundscape that Warpaint created, with bold musical brushstrokes. Powerful white beams of low backlighting pitched the band into almost constant silhouetted relief, against the smoke infused stage. These minimalist illuminations threw exaggerated shadows against the framing walls, drawing depth out into the Hammersmith Apollo.

To the delight of the crowd their current signature tune ‘Love Is to Die’, indicative of their unique countenance to beat their own path, was thrown carelessly into the middle of the set. Angelically threatening vocals reaching up from a wonderfully sculpted dreamscape with leisurely phased harmonies beguiling the room. Until a sudden awkward moment when, whilst disengaging herself from the front row, Theresa Wayman gave an impromptu Madonna impression; tripping backwards, she fortunately recovered immediately, to continue pogoing to the end of the track, with undiminished enthusiasm.

The jangly guitars, a smidge reminiscent of The Shadows at times, constituted the sustained instrumental opening to ‘Keep it Healthly’. Stella Mozgawa’s use of swizzle drum sticks lends a damping to her strikes. This affect, combined with their trademark mystical vocal harmonies allow the band to range deftly from a mellow potency instantly interchangeable with a forceful energy - evident again in their next track ‘Teese’, with its understated vitality.

The apparent last track ‘Biggy’ was Emily Kokal’s time to shine as lead vocalist, moving sinuously across the stage, accentuating her plaintive, wistful intonation. The few keyboard details missing, when compared to the recorded track, only leant to increase an aura of intimacy. Indeed, this left space to enjoy Jenny Lee Lindberg’s ominous rolling bass line all the more.

Commencing their encore, the softened change of pace lost the crowd somewhat, a shame as this was a first live rendition of the keyboard oriented track ‘Son’. However, this lassitude was fortunately short-lived. The following track, ‘I’ll Start Believing’ - off beat and back on course - combined excellent off kilter drums with soaring, chiming vocal delivery. The last two songs seemed to merge in an enthralling miasma of hypnotic drums and tangled lyrics giving the inclination of weaving a spell amongst the audience, to end on a high.