Weaves have released a new track with that Inuk throat singer that we like and it's brilliantly unhinged. 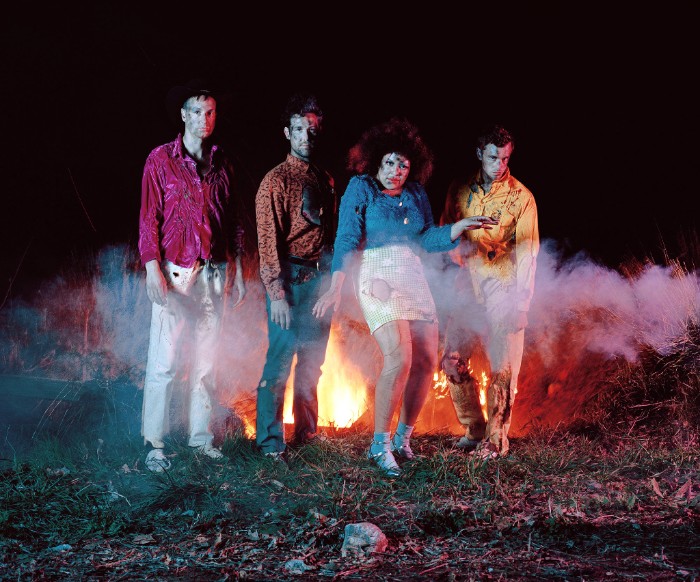 Weaves have released a new track with that Inuk throat singer that we like and it's brilliantly unhinged.

Weaves' latest release and accompanying video, 'Scream' is such a huge departure from their other recent work, it could be released under a different name. Or on a different planet.

Featuring the only throat singer that we can name, Tanya Tagaq (whose own album we love so deeply), 'Scream' is otherworldly and occasionally unsettling. Weaves have long managed to straddle terrific and terrifying and both the track and its video show which side of that seesaw this one leans towards. It all seems pretty simple at first, until the goblinesque Tagaq tears through the track with her inhuman prowess. Throat singing isn't something you're hear very often in Western music, and so it packs as much impact as you'd expect. The band amble in just over half way through, acting as a comforting musical lifeline for you to cling to, but the descent into the depths of Tagaq's range is unavoidable.

"I almost don’t think of 'Scream' as a song, it’s like a sculpture in the middle of the album, sticking out poking people like a 3D installation," says Burke. "Yeah, no sh*t", says Raw Meat.

At it's core the song is about representation and validation. The track overall is unexpected, lyrically poetic and completely mental. It's like lead singer Jasmyn Burke challenged herself to dismantle the concept of a duet. We love it. But we still wouldn't recommend you put it on a mixtape for anyone that doesn't know you very well.

'Scream' is the third single the band have released from their imminent Wide Open album, due 06/10/17 on Buzz Records (Canada), Kanine (US) and Memphis Industries (everywhere else).

Weaves are about to head out on a huge tour. Check to see how close you can get to them here.