Formidable indie rock talent, Wolf Alice stun the crowd at Reading in one of many sold-out shows on their UK tour. 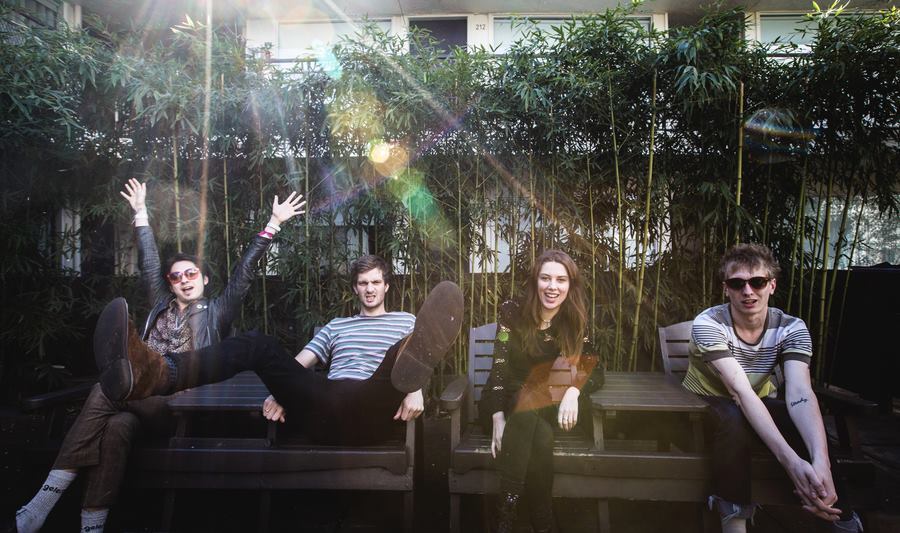 Formidable indie rock talent, Wolf Alice stun the crowd at Reading in one of many sold-out shows on their UK tour.

The first of two support bands is Bloody Knees, four scruffy and long-haired lads who deserved a much bigger crowd than the one they had. Pop-punk influences were apparent not only in the Sum 41 t-shirt sported by the front man, but in the vocals and forward guitar riffs. They still broke the mold suitably with their intriguing grunge edge, which was particularly prominent in the heavy bass lines you found reverberating through your bones.

Second support The Magic Gang attracted a bigger and more intense following, perhaps because they performed later or perhaps because their pleasant indie pop sound was more compatible with the predominantly youthful crowd for Wolf Alice.

Finally, headliners Wolf Alice came on to the stage amidst a cloud of dry ice and the excited cheers of the audience. They opened their eleven song set with loud, tongue-in-cheek 'Fluffy', and instantly had the crowd in the palm of their hand as they burst out unapologetic, vicious drum beats and entrancing guitars.

We were treated to a few sneak peeks of the bands forthcoming album My Love Is Cool (out in the UK 22.06.15) including the mesmerising 'Soapy Water', in which the incandescently beautiful vocals of Ellie Roswell were blatant for anyone and everyone to hear. One of the most likeable and endearing aspects of the band is their modesty; they are able to enthuse and capture the attention of the audience, yet often Roswell masks a lot of her talent in showcasing the rest of the band's undeniably great abilities.

Other highlights within the set were older song 'She' and the punchy 'Storms' from the Creature Songs EP released by the band in 2014.

They closed the set with latest single 'Giant Peach', definitely the boldest and most brash of their back catalogue. Confidence oozes from the band as Roswell screams into the mic and the crowd go understandably mental for the brilliant blaring guitars.

Within seconds of leaving the stage the band are heckled with chants of, “We want more”, and return to the stage for a two song encore. They begin with soft and gentle 'White Leather' and then close on the giant 'Moaning Lisa Smile' in turn leaving the crowd pumped up and making it impossible to forget this gig any time soon, (not that there is a chance that you would want to).

It seemed slightly strange to see a band who had played a sold out show at Shepherd’s Bush Empire a few days previously in such an intimate venue by comparison, but that is in no way a complaint - it gave the band the intense and passionate atmosphere that they are so worthy of. Building up more and more completely deserved praise and acclamation, the band seem unlikely to be playing any more small venues once this tour is behind them.