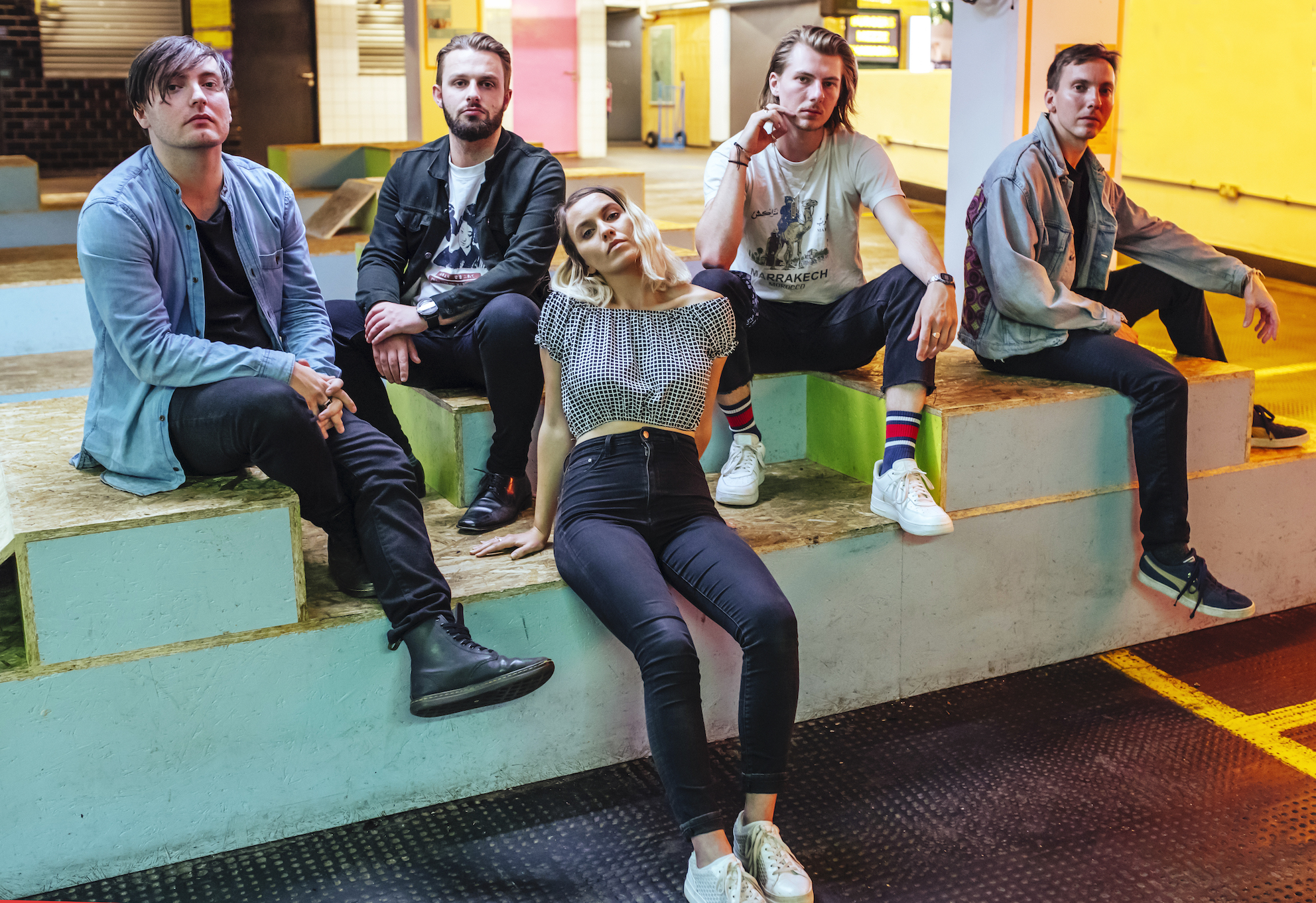 Hampshire born, family affair (mostly), After London offer razor sharp melodies with equally sharp hooks. Their crawling guitar lines and explosive choruses have drawn comparisons to Dream Wife, and latest single 'You Know What I Mean' has all the angular swagger of golden-era-indie-art-rock Hives.

We asked them the questions that matter to get better acquainted.

RAW MEAT: Tell us about your local music scene; what’s your favourite local venue, are there any record labels or stores that we should look up, what’s the scene like where you're from?
AFTER LONDON: London - our favourite venues are Sebright Arms or The Shacklewell. Both to play and to go as a punter. Small, intimate venues is always where the true fun is had.
Record Labels: Look no further than Roadkill Records, obvs! We released our first physical cassette release with them this year, with 'Do You Want Another World?' and just followed up with our new single 'You Know What I Mean'. We Can Do It Records always have incredible line ups. And our friends over at Get In Her Ears host a wicked show on Hoxton Radio as well as monthly shows at The Finsbury, which never disappoint.
And in Hampshire - our favourite venues - we love Heartbreakers, Southampton. The Westy in Aldershot is also a favourite from way back.

Name one track or band that you love from the past.
Song: Yeah Yeah Yeahs - 'Maps'. It's a timeless banger.
Band: The Streets. We've got an eclectic music collection as a band but The Streets are one of the main common denominators between all of us (even if you can't hear it in the tunes!)

Name one track or band that you're loving right now.
Calva Louise - 'Belicoso'

Name one track or band that you think we should be listening out for in the future.
Human Pet - They supported us at our headline show at The Shacklewell Arms and they were sooooo good. Their energy is insane as is their music.

What are you up to now?
This Autumn we released our new single, 'You Know What I Mean', on Roadkill Records with our launch show at The Shack. We're just about to finish the year off with a BBC Introducing Solent Live Lounge session. Expect to hear our new single and potentially a cheeky seasonal cover.

What can we expect from you next?
2020 feels big?! We're writing more music than we ever have done and want to continue playing shows and releasing music to the world. We're all keen to produce a slightly bigger piece of work, an EP maybe... as well as travelling the UK more - meeting more of you lovely people as we go.