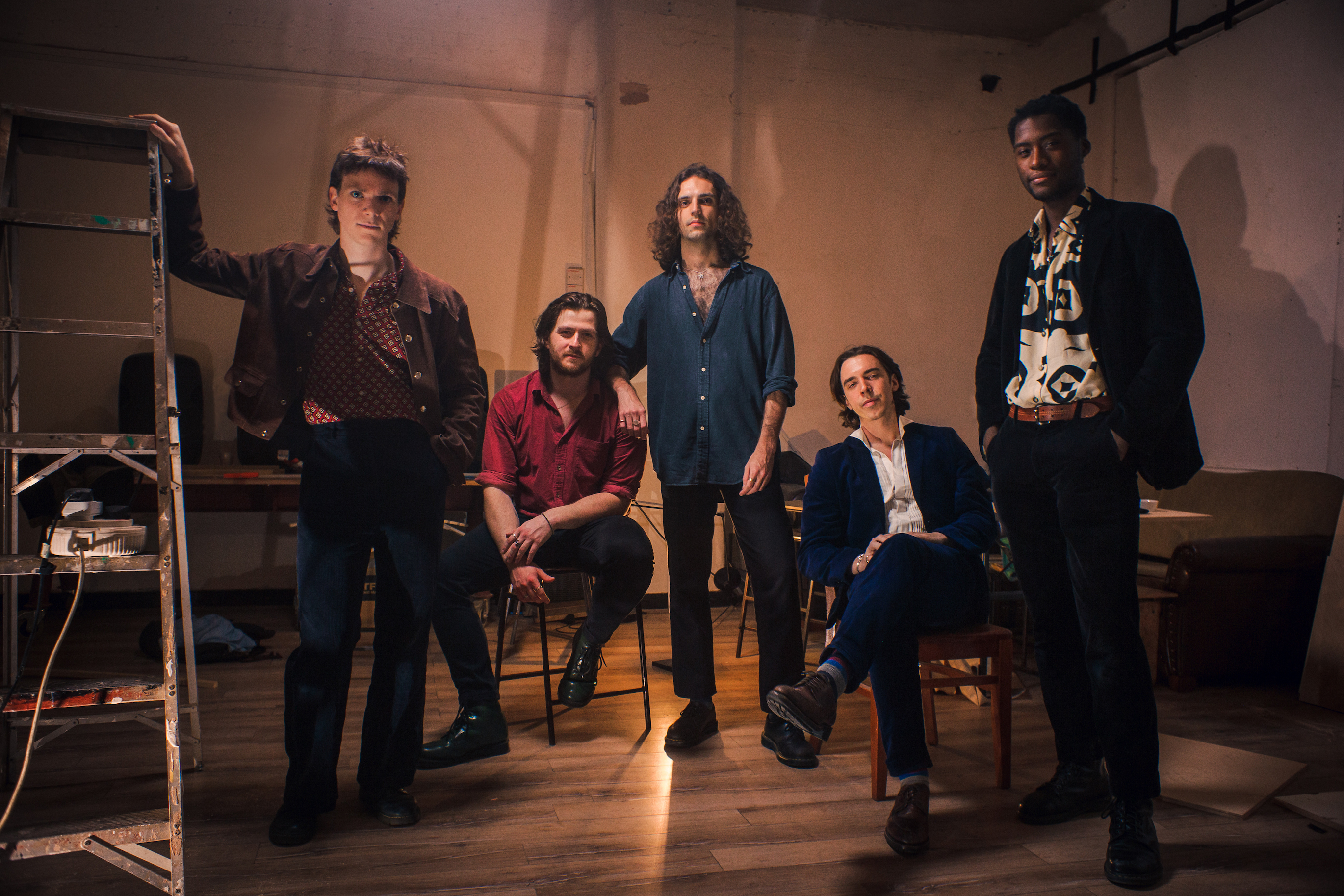 Even from just two tracks, it's clear that Fez like testing boundaries. They push classic psych into the hookiest ends of Hawkwind while stretching into Groundhogs blues blackholes, with some surface-level Obscured By Clouds-era Pink Floyd. Basically, what we're trying to say is they're not f*cking about.

The depth of sound is accompanied by a depth of feeling, these aren't just face-melting riff peddlars. They have that lovely understanding of pure psychedelica that for it to be thought provoking, thought is needed behind it. And that earnest artistic expression is magnetic.

"Our purpose is to be part of the movement that restores the equilibrium between Art and Business - to both strive ourselves and to encourage and support as many of our contemporaries as possible to push the boundaries of Music by making bold and radical Art that disregards current Industry trends. Only by moving Art forward can we all, together, hope to gain the attention of a cold, detached Business and shift current trends towards advancement and innovation over the retrospective stagnation which plagues our present culture. The DIY revolution is here.”

Answer are from Fez's Mischa Dhar.

RAW MEAT: Tell us about your local music scene; what’s your favourite local venue, are there any record labels or stores that we should look up, what’s the scene like where you're from?
MD: We moved to Hackney back at the beginning of 2020 to be close to all the venues we love and want to play - The Shacklewell Arms, Moth Club, The Victoria, to name a few. Luckily for us everything shut down within a few weeks and we got much more used to their outsides than the gig spaces. Meeting other musicians and creatives is one of the best things about being in a band, but once things started reopening we felt there was a degree of isolation and no easy touch point to see who was in it with you. So at the end of 2021 we went ahead and started up a series of nights (Midnight Mass) where we host a few local London bands who we really like and then get some DJs to go until late. The next one is 04.02.22 at the Finsbury with our good friends Andres Alcover, World News and Bastien.

Name one track or band that you love from the past.
'Focus' by Hocus Pocus. Huge riffs, yodelling, ridiculous accordion and organ solos, and impossible guitar shredding. Anthem of the 2010 World Cup. Honestly, we can’t imagine a more perfect song.

Name one track or band that you're loving right now.
‍Rollo went to go see Mildlife a few years back in Bristol and slowly has been converting us all into followers. Their track ‘Rare Air’ hits a really cool combo of Steely Dan and synthy Krautrock. Grooves really hard.

Name one track or band that you think we should be listening out for in the future.
‍We’ve had the pleasure of being friends with Andres Alcover through Rollo for a few months now, but his lovely personality aside the guy also makes some amazing music. His track ‘Infinite Interpretation’ is a favourite, and he’s got some more material coming out this year.

What are you up to now?
‍It’s been really great to work with Josh and Chris at Roadkill Records and the main focus right now is getting everything set up for our second single release with them. We’ve then got our first headline show 09.03.22 at The Shacklewell Arms.

What can we expect from you next?
‍During the months of not gigging we built up a stockpile of new material that we’ve tried our hand at producing at our DIY studio/rehearsal space in London fields. Sifting through that will bring changes to the live set and more releases in the second half of the year and with gigs in mind, we’re hoping the headline will lead to dates outside of London, the country and later, festival slots.

Midnight Mass is a big focus, we’re keen to contribute to the scene in whatever ways we can, selfishly so we have more gigs to go to ourselves and creatives to meet.