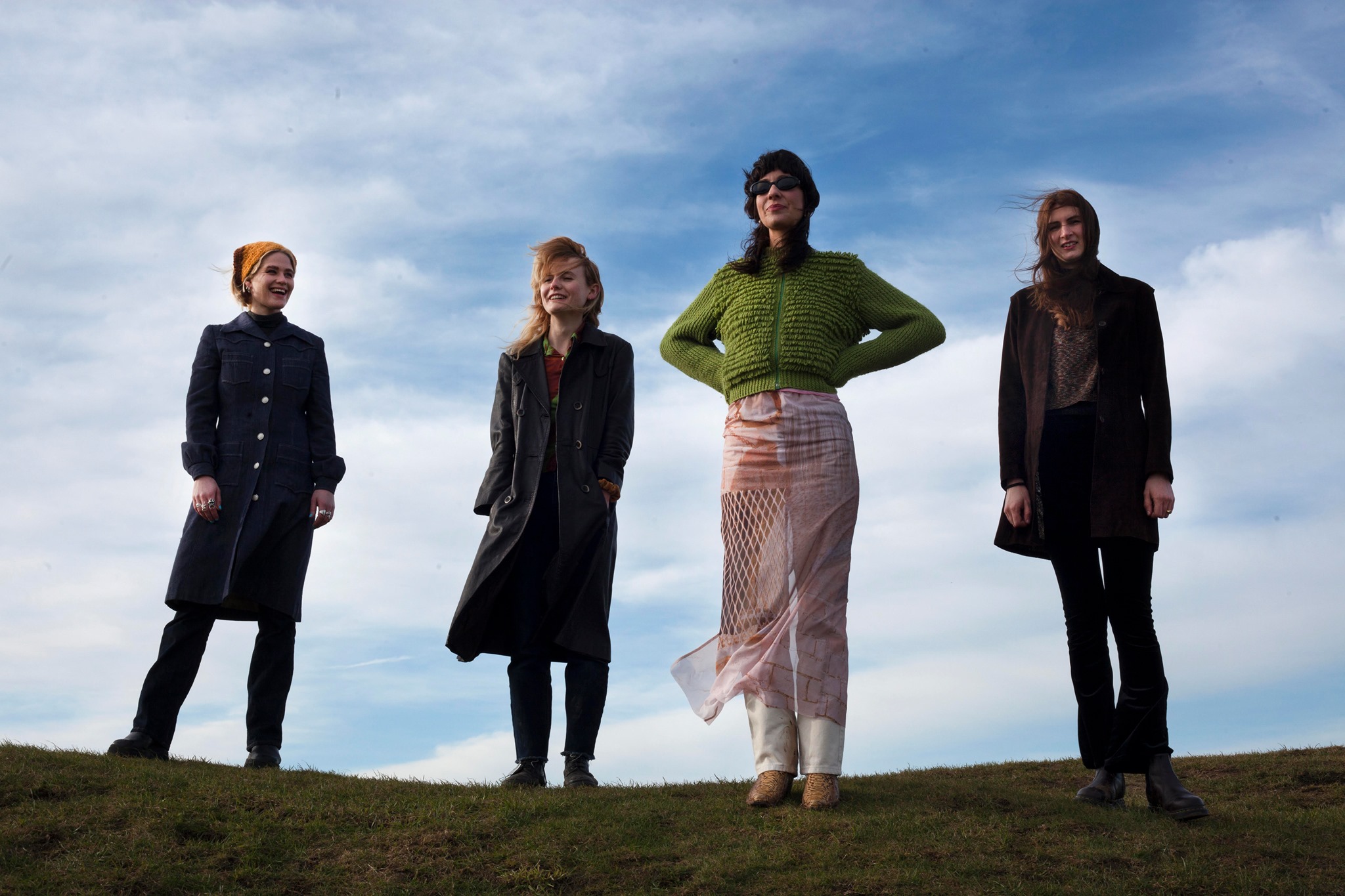 If they were trying to create a traditional folk ballad, Krush Puppies failed spectacularly. Unexpected harmonies and fuzz-bass rumble round a may pole of dragon-slaying metaphors. And conjuring up surprises is exactly what Krush Puppies are good at. All of their output comes with hollow-voiced twists, reverb-scuzzed turns, and now, ghosts apparently.

RAW MEAT: Name one track or band that you love from the past.
Krush Puppies: Broadcast have always been a constant influence for us all, Trish Keenan showed us that you can make a track from squawking crows and bubbling synths and that’s a good a place as any to start. I remember reading once that she wanted to make a song that Was somewhere equal distance between light and dark not obviously spooky or melancholic but not too perfectly appeasing for the ear either. lately we’ve been writing a narrative from shared experiences that’s mood leads us to the melody rather than the other way around.

‍Name one track or band that you're loving right now. We’ve made this playlist and put in a couple of tracks each that were luvin’ - here.

Name one track or band that you think we should be listening out for in the future.
‍Check out Maripool and Wych Elm, they’re both supporting us at our At Peckham audio gig in September.

What are you up to now?
‍We’re writing this from the studio as we record our debut EP. We actually accidentally recorded some Victorian ghosts in the back ground of our vocal track last night, we heard loads of voices giggling and playing when we listened back, checked and the whole studio block was empty apart from us.... naturally we’re leaving it in!

What can we expect from you next?
‍We’ve made a video for ‘slay the dragon’ and ran around with axes coved in fake blood round the park and then tried to stroke a white dog and got blood all over him. That’s out soon, and we’ve got whole new set which feels a lot more honest and vulnerable, there’s some slow songs about love. And some about burning things and a God fearing family band ditty.