A decade old idea, recorded in 5 years, featuring a menagerie of musicians from the likes of Vampire Weekend, MGMT, Suckers, Dirty Projectors and many more. 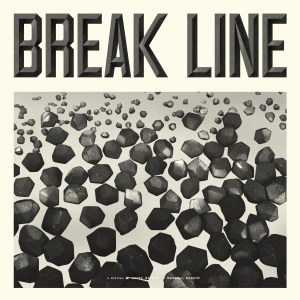 A decade old idea, recorded in 5 years, featuring a menagerie of musicians from the likes of Vampire Weekend, MGMT, Suckers, Dirty Projectors and many more.

Break Line is special, at moments; it is a double-edged sword filled with tracks of beauty, yet sadly marred by the walls of the simplistic structures put in place by trying to adhere to both its genre and its wish to be a “musical”. This is surprising from the writers of Odd Blood and All Hour Cymbals, so if you were expecting a Yeasayer-esque record, look elsewhere. Break Line maintains the strange air of a Yeasayer record, yet none of the intricacies or sound. The synths are out, the dishevelled wall of buzzes and bubbles you might hope for aren’t present either. It drifts towards acoustic guitars, piano, organ, harmonica and brass instead. Rules are obeyed and tropes are filled in compliance with exactly what you would expect from a “musical”, making it impossible to escape the hum of cheese throughout many of the tracks. However that is what they set out to do, it’s not a lack of ability, it’s sticking to a project and playing by the rules that involves. It's still vaguely disappointing though, especially from writers we’ve grown to love and expect quite the opposite from.

The story of this musical is that of an ill-fated, interracial romance, set in Pennsylvania. However if you were expecting a cohesive, easily followed narrative, I'm afraid that without a visual of the show and at only eleven tracks, it was not easy to discern the plot. That is not to say that Break Line is not worth listening to, or is a waste of your time; it’s just that you can’t let the illustrious and strange list of contributors lead to any expectations. Instead they go almost unnoticed throughout, no trademark sound or riff is offered to spark in your mind that an instrument just may be getting played by any one of Ira Wolf Tuton (Yeasayer) on bass, Christopher Powell (Man Man) on drums, Britt Myers (Charlift, Yeasayer, Passing Strange), James Richardson (MGMT), bandmate Chris Keating (Yeasayer), Austin Fisher (Suckers), Haley Dekle (Dirty Projectors), Ryan Kattner (Man Man), K Ishibashi (Kishi Bashi), Aku Orraca-Tetteh (Dragons of Zynth) among others.

Break Line has moments undeniably suited to its medium and highlight ‘Opportunity’ sung by Yeasayers' Chris Keating, is a perfect example. It opens with a sulky, saloon oozing, piano and muttered whispers, before falling away into a brilliant vocal over bluesy tinkering. It sets a tone perfectly and Keating has never sounded better. The slow build from the initial refrain of “Opportunity” as organ, countrified guitars and bass enter, building into the most typically musical styled song of the record. Then there is the repetition of, “Opportunity” courtesy of the backing vocalists before suddenly stripping away and dropping into full gospel, complete with choir. It is impossible not to envisage a cast, all clapping, smiles, lights and audience. It’s excruciatingly cheesy, but enjoyable. A squirming enjoyment you might not be particularly proud of, but this is, after all, musical theatre.

Other highlights include opener, ‘Coal Into Diamonds’, once again with a moody piano and eerily atmospheric harmonica. Aku Orraca-Tetteh from Dragons of Zynth, smoothly struts over the track with delicious vocals. ‘It Doesn’t Seem Right’ is a blues-ridden beast, charged with the fire and grit of Man Man’s Ryan Kattner’s vocals when it is his turn to throw down. “I don't care”, he hollers to kick the track off; his voice sounds at home within this musical style, you can picture a character and it gives the song a jolt, an excitement, that sadly without a show behind them, most of the tracks miss.

Break Line as an album (in the traditional sense) is a disappointing trip through some brilliant ideas from a large selection of already well-defined artists. It has moments of grandeur, true romance and all the madness you’d expect from a great musical - yet it is neither a complete musical nor an album. It seems lost, a backing track without a protagonist for it to beat with, and no drama for its music to lead you through its emotions. Finally, as the last particularly epic moments of closing track ‘Hang Your Head High’ burst through your headphones you are left feeling rather unexpectedly, bored.