New project courtesy of Cedric Bixlar-Zavala and Omar Rodrigues-Lopez (At The Drive In and Mars Volta), Antemasque. Featuring Flea from the Red Hot Chili Peppers. 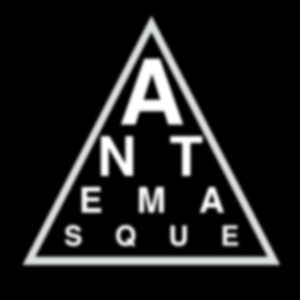 New project courtesy of Cedric Bixlar-Zavala and Omar Rodrigues-Lopez (At The Drive In and Mars Volta), Antemasque. Featuring Flea from the Red Hot Chili Peppers.

It’s hard, heavy and exciting, although sometimes marred by their predictability this is for the most part well worth listening to. The self-titled album is out now on Nadie Sound via Caroline.

Opening with Omar's signature noodling and Cedric's vocals sounding as they always have it’s all very clean... too clean. The production gives a pop punk feel at points, which I was not expecting, and sadly makes things a little corny. My Chemical Romance covering At the Drive in. Don’t get me wrong, it’s catchy as hell and Cedrics vocal is on point, as always. Two minutes in and it’s easy to warm to this new sound. The pace continues into ‘I Got No Remorse’; it’s high octane and exciting, but again it misses the mark. It doesn’t sound as raw as this band should; it seems to feel like a weaker version of what they’ve played before. With a tried and true catchy chorus formula - throughout the start of this album the tracks seem to fall back on these huge, in your face, catchy choruses. It starts to feel predictable; a group that know what they're trying to do and achieving it so easily. It seems to lose that magic that made the artists special in the first place. As the choruses reoccur and disappoint, the rest of the songs do not; part way through ‘I Got No Remorse’ there's a gorgeous breakdown. It calls to The Mars Volta and, far from disappointing, it feels real.

As the album rolls into ‘50,000 Killowatts’ the predictability is finally broken, the formula changes and we have a different world entirely.  Sadly it sounds as if Meatloaf has taken control of the proceedings as Cedric begins spouting clichés such as, “Us against the world”. It doesn’t feel far removed from one of the more recent Bon Jovi records, as he sings about heartbreak and never giving up. It’s not terrible, it's definitely not good, it is, however, unexpected.  Fortunately the latter half of the album returns to form. ‘Momento Mori’ and ‘Drown All Your Witches’ being album highlights. ‘Momento Mori’, with its brilliant break down, ska-esque bridge and huge chorus (that doesn’t feel as contrived as earlier efforts) and  ‘Drown All Your Witches’ are different... good-different, this time... amazing-different. With acoustic guitars and eerie, effect-laden vocals, this doesn’t feel like artists re-treading an old walk, but Cedric and Omar smoothly cruising through a new part of town. It’s brilliant. This trend continues with ‘Providence’, its sulky beginnings haunt you, before breaking into a chorus rife with personality and devoid of the miss steps at the start of Antemasque. Cedric's voice cracks and tells a tale; it’s theatrical without being cheesy and it’s thrilling again.

The latter part of the album remedies all the mistakes of the beginning. If only it was as strong throughout. ‘People Forget’ and ‘Rome Armed To The Teeth’ close out proceedings. ‘People Forget’ is Cedric preaching, his voice hard and lower down in the mix before dropping into another of the album's better choruses. If anything I wish it closed the record as ‘Rome Armed To The Teeth’ falls into the same traps the band have suffered throughout.

This is not a bad record, it even has brilliant moments. The incessant giant choruses feel predictable, yet the parts surrounding those have remained so tight and exciting. Listen to this album and make your own mind up, personally I’m still reeling from ‘50,000 Killowatts’.