Even if you wouldn't call yourself a blues fan, this trio's brand of blues is so filthy, dark and underground-dirty that it can't help but leave a film on your teeth. 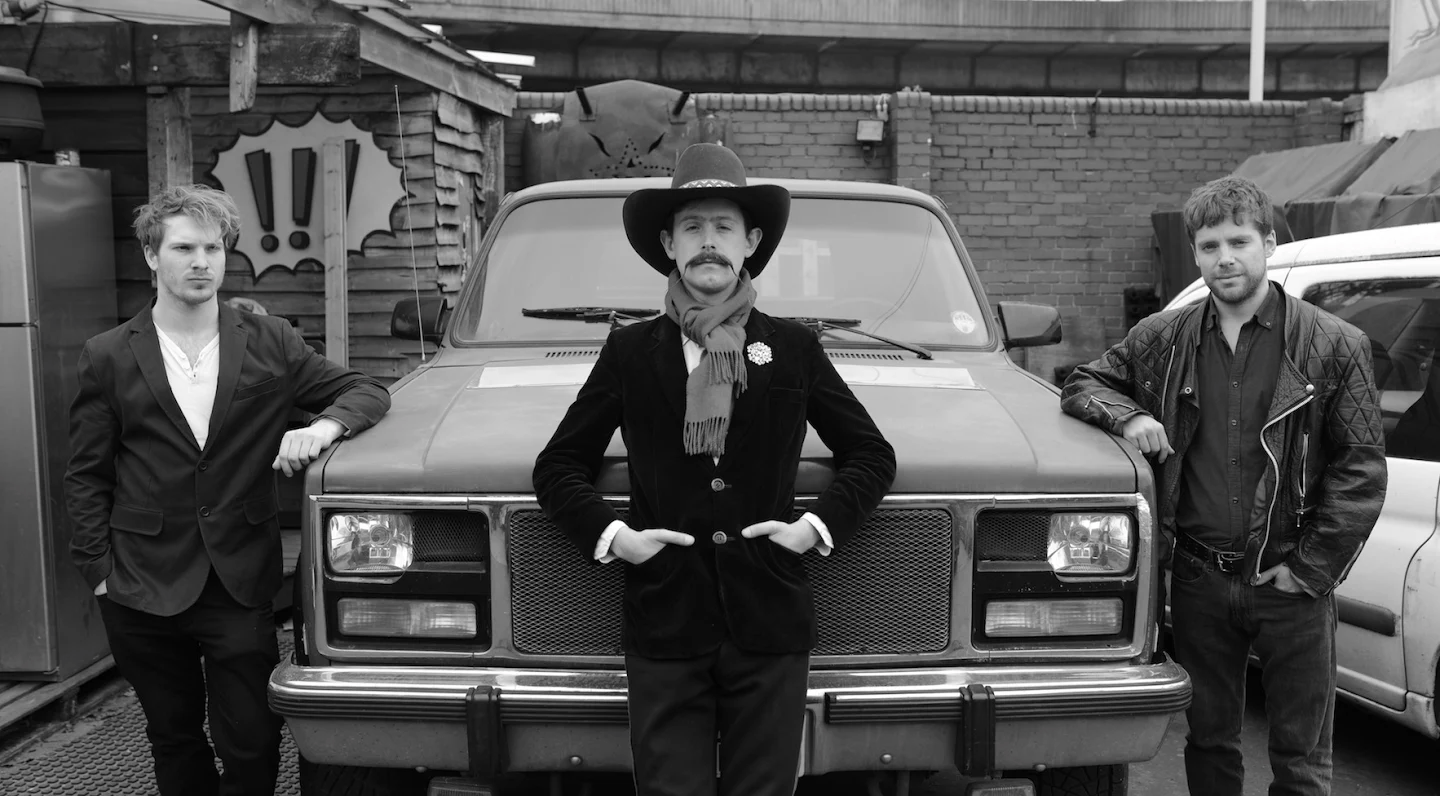 Even if you wouldn't call yourself a blues fan, this trio's brand of blues is so filthy, dark and underground-dirty that it can't help but leave a film on your teeth.

Bare Hunter have written the kind of scorching blues that makes you go 'oof'. The interplay of guitar riff and raw vocal in their latest release, 'Dry Rot' is nothing new, we're not re-inventing the wheel here, but the relationship between the two is undeniably exciting. It's the kind of song that hits you in the back of the head, right in the primordial goo that evolution hasn't bothered messing with for millions of years, triggering all kinds of unavoidable scintillation.

It was after working on ‘Dry Rot’, James Sanger invited them to record the album at his something-out-of-a-film studio in Northern France. Obviously, because Bare Hunter are real, and not characters in a film, they've started a Pledge Music campaign to help fund their studio time there. If you want to hear the rest of the record that 'Dry Rot' is a part of (and I know I do) then spare what you can and help fund the album. The campaign launched in early September and the trio are already more than 80% of the way to their target so you're already backing a winner.

You can see Bare Hunter live at #BLOGTOBER: Listen With Monger - The Finsbury, 22/10/17

(Hey wait, aren't we doing a #Blogtober Halloween party? Yes. Yes we are.)