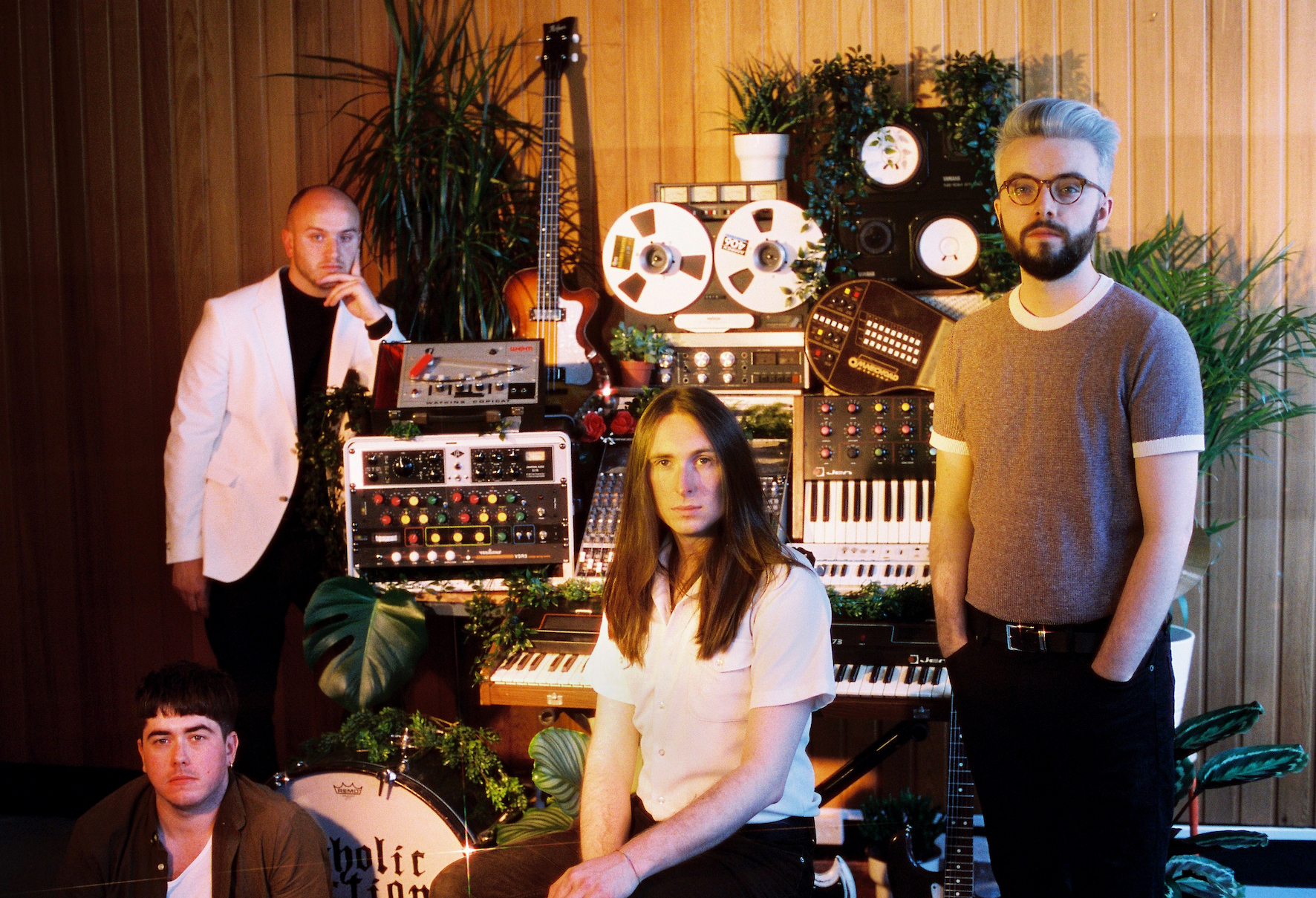 It will come as no surprise that the swaggering stomp that Glaswegians, Catholic Action peddle is right up our boulevard here at Raw Meat towers. And on their second record, Celebrated by Strangers they deliver their riffs, charm and songwriting bravado in bounds. There's a sense of development from the previous release, without any loss of humour, charm and character.

The album offers the band's perspective of life as creatives in Scotland, as well as Scotland’s place in the UK and wider Europe. And they've been vocal in their opinions of how Brexit will affect British touring musicians. But hovering above all this is the fact that the albums good. I mean really good.

Great songwriting makes for guitar-driven catchy singles, big choruses and an overriding swirl of nostalgia on Celebrated by Strangers. It's an uplifting and unstoppable release, and was produced by lead singer and guitarist Chris McCrory (producer of SPINN and Walt Disco) – who really wanted to make a point of embracing the studio as an instrument in its own right. Which is why we thought it best to sit him down and ask him the only questions that really matter.

RAW MEAT: Tell us about your local music scene; what’s your favourite local venue, are there any record labels or stores that we should look up, what’s the scene like where you're from?
CHRIS: Glasgow’s always had a really healthy local music scene - there’s always something new and different going on. Generally, there’s a pretty healthy culture of respect too, and a real lack of careerist nonsense from bands that I find in other cities.
Monorail is the best record store/venue. Always good music and relaxed vibes.

Name one track or band that you love from the past.
I really love Big Star, especially their song 'September Gurls'.

Name one track or band that you're loving right now.
‍I can’t stop listening to Alice Coltrane at the moment.

Name one track or band that you think we should be listening out for in the future.
Hmm, I just finished producing some new tracks for SPINN that I’m proud of. Look out for those.

What are you up to now?
‍Sitting in our hotel room in Manchester, worrying that I’m going to be stranded in America because of the corona virus.

What can we expect from you next?
‍Our second album, Celebrated by Strangers is out this month. Expect that.

Celebrated by Strangers is released on 27.03.20 via Modern Sky.