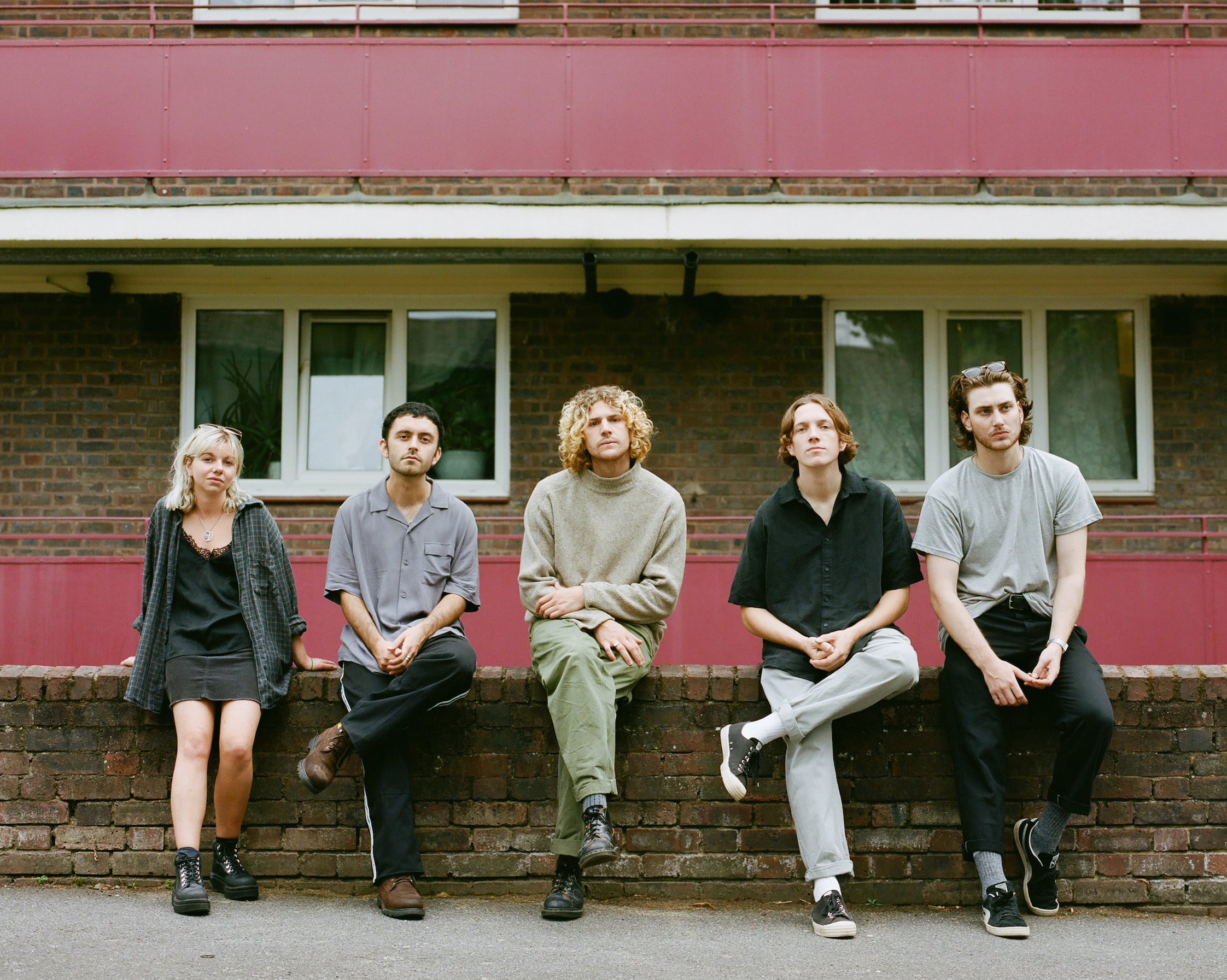 The band swing effortlessly from 1960s Euro-pop to crunchy dissonance and 90s nostalgia, to tight grunge pop and summer slacker anthems. Chappaqua Wrestling have already proven their versatility and capacity for evolution so we asked them the all important questions before they got too fancy to sit with us at lunch.

RAW MEAT:Tell us about your local music scene; what’s your favourite local venue, are there any record labels or stores that we should look up, what’s the scene like where you're from?
Chappaqua Wrestling: We’ve only recently moved to South London, so couldn’t say we’re in that scene just yet, but we could talk about our hometown Brighton for days. The Prince Albert is our favourite venue, just on the underpass of the station and has had so many bands come through there. Its the best pub you could envisage with Star Wars paintings and pictures of Joe Strummer playing there. We played there countless times when we were teens in our old band and have played there a couple times as Chappaqua too - sick venue. Resident Records is the best record store in the galaxy, and that’s that, go check it out.

‍Name one track or band that you love from the past.
‍So so many, but recently we’re really into the sound of 'Swingin’ Party' - The Replacements. Husky, drunken, crooner of a love song, and effortlessly cool.‍

Name one track or band that you're loving right now.
‍The artist we’ve been seshing the most recently has probably been Erika de Casier. Her whole album Essentials is insane, every track works so well and is so captivating, but so stylish as she never goes over around 25% volume level with her singing, just sits right back, and it's perfect.‍

Name one track or band that you think we should be listening out for in the future.
‍Hmm again tough, but you should be looking out for Crook Decker (Crook-D). An artist from South London who will soon emerge, and is a project with visuals and so much depth, the music is insanely prevalent about our times, and will take you on a huge journey all from home. Real cool, and soon should be on your radar.‍

‍You’re a band on the come up, how does it feel to be starting to make waves in such a weird time?
‍Well because this is our ‘coming up’ it feels as good and normal as it could possibly feel as we have no other ‘come up’ to compare it to. The obvious defect during this time is lack of gigs, and that is a strange thing to do none of while we’re growing. But it’s just the situation we’re in, and if anything people are coming out of their way to reach out about the music perhaps even more than out of lockdown, it might mean more than usual to people you know. ‍

What can we expect from you next?
‍We have a huge amount of music to release that we’ve been constantly building on over the last couple years, and we’re ready to get this into the world. Just really excited to release next, and hopefully the world can get back to some live shows so we can play all these new tracks to some hungry ears.

‍If 2020 has changed the world forever, what do you think is next?
‍Fuck knows, we’re probably looking at the most boring year ever ahead. 2021 the year of accountancy breakthroughs and teabags banned for being too papery or something. That or a widespread socialist cultural revolution with polyamory.