B-52's very own Cindy Wilson's only just now cracking out on her own. Touring her debut solo album, Change. 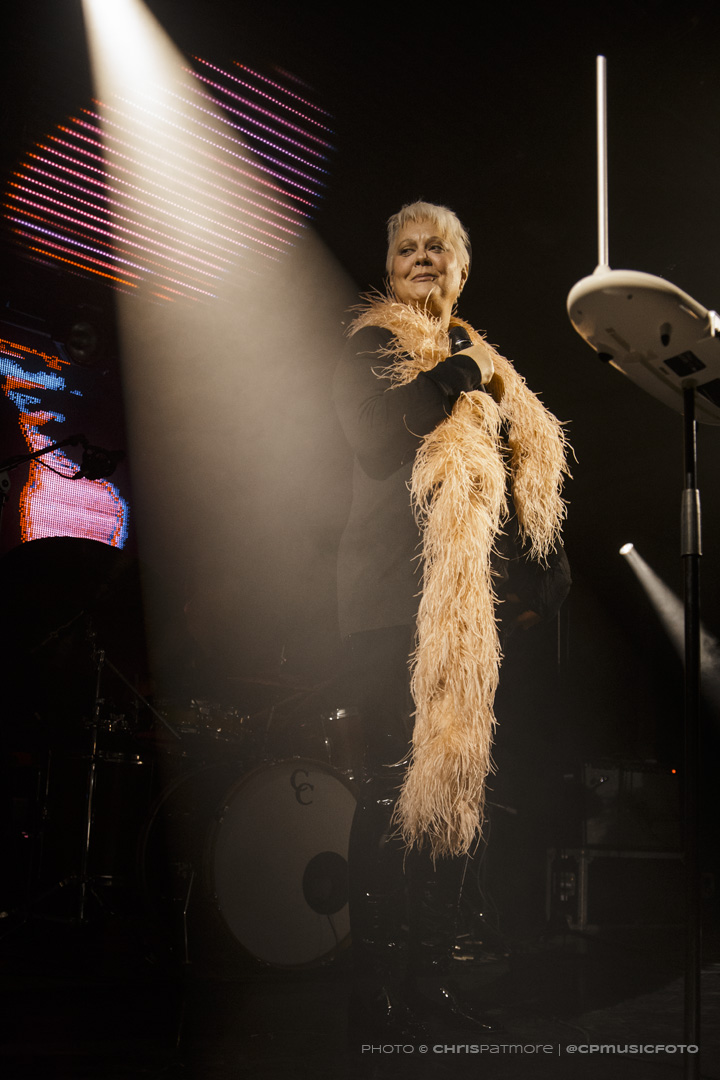 B-52's very own Cindy Wilson's only just now cracking out on her own. Touring her debut solo album, Change.

For hardcore rock purists, The B-52s were seen as something of a novelty act, but it was impossible not to be drawn into their uptempo tunes and vocal stylings, which included singer Cindy Wilson. Some decades on, Ms Wilson has released her first solo album, Change, which heads in a different direction to The B-52s.

Cindy has been touring the new album through the UK and Europe, and audiences, mostly made up of B-52s fans, have been loving what they’re hearing. Raw Meat saw her play at Under the Bridge in Fulham. This is an interesting venue, on two counts. Firstly, it is underneath Stamford Bridge football stadium. Secondly, it has the country’s best collection/ exhibition of rock photography, which alone is worth the admission price.

Cindy (on vocals and theremin) and her band played a fun set of synth-pop, that was bolstered by guitars and some superb live drumming. A lot of synth bands fall down because they opt for drum machines, but a real drummer brings extra dimensions, especially in a live performance.

All words and images by Chris Patmore