The fourth release of award-winning Canadian singer-songwriter Dan Mangan and he’s found the point between indie rock, folk and foggy acoustic that he was destined to bring to light. 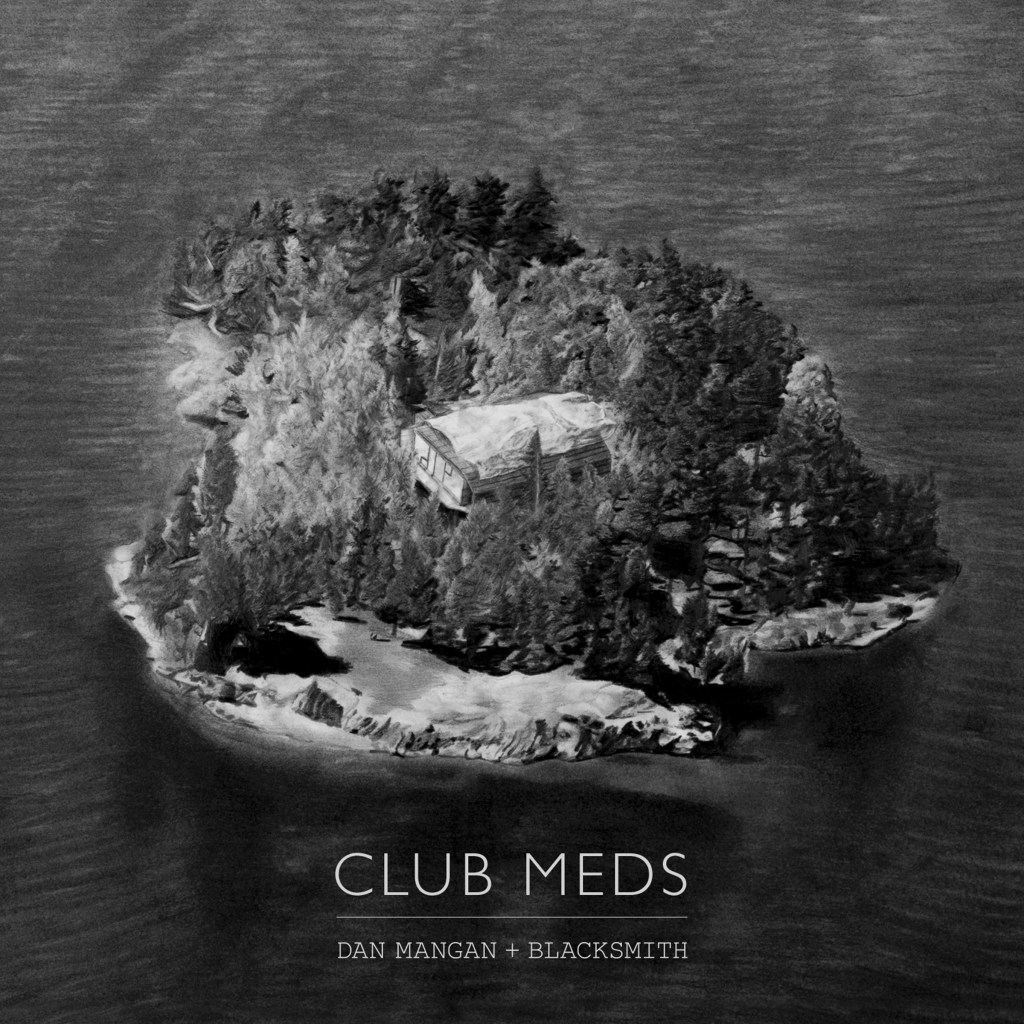 The fourth release of award-winning Canadian singer-songwriter Dan Mangan and he’s found the point between indie rock, folk and foggy acoustic that he was destined to bring to light.

Two-time Juno award winning artist Daniel Mangan has taken up a new moniker – Dan Mangan + Blacksmith – perhaps it’s appropriate that he chooses a new name with which to present his best work to date. Any quick flick through Mangan’s discography will instantly reveal a captivatingly warm and rich baritone; it’s been the most charming element of his work before now, which existed most commonly in a rather well-trodden musical landscape of folk/ indie rock crossover. After the astounding opening track of Club Meds, ‘Offred’, it should come as no surprise that this is the bearded minstrel’s most trialling collection of songs yet, and arguably his first essential work.

‘Offred’ then, is possibly the work’s most enchanting cut. It’s extremely cinematic, and Mangan’s decision to stray from a typical pop melody is heavily commendable. It almost feels like the soundtrack to a cast of characters reaching a desolate wasteland at the end of a long journey; operatic and spacious, and comparable to the best work of Wye Oak. This gripping opener is followed by ‘Vessel’, whose classic piano sounds are a welcome feature in conjunction with the more ambient, electronic sounds that they accompany. If the record never quite reaches these heights again, it’s not for lack of trying, and he comes extremely close, especially on the penultimate track ‘Pretty Good Joke’.

Mangan has stated that with Club Meds, he took a “liberating” new approach to vocals and lyrics, by treating them as an instrument within the song, rather than, “having the music as a canvas for a vocal delivery that sits on top”. This is never more apparent than it is in ‘War Spoils’, a track which buries its lyrics, seemingly unrelated melancholy phrases that make no sentences, deep in the mix. In this age of endless reams of singer-songwriter types all fighting for a spot in public essentiality, it’s incredibly refreshing to hear of one taking swipes at changing things up, enhancing his or her sound. Although we are forced to treat this as a luxury, there’s every chance that Mangan would still be on top if everyone had a good go at it.

With Club Meds, Dan Mangan has created a solid, cohesive work that frequently hits a perfect balance between earthy, natural instrumentals, vocals and electronic sounds – something a million indie bands the world over struggle with on an album-ly basis. Kudos to him.