To celebrate their being signed by very cool punk label, Noisolution, we spoke to Dirk of Berlin's Dead Kittens. 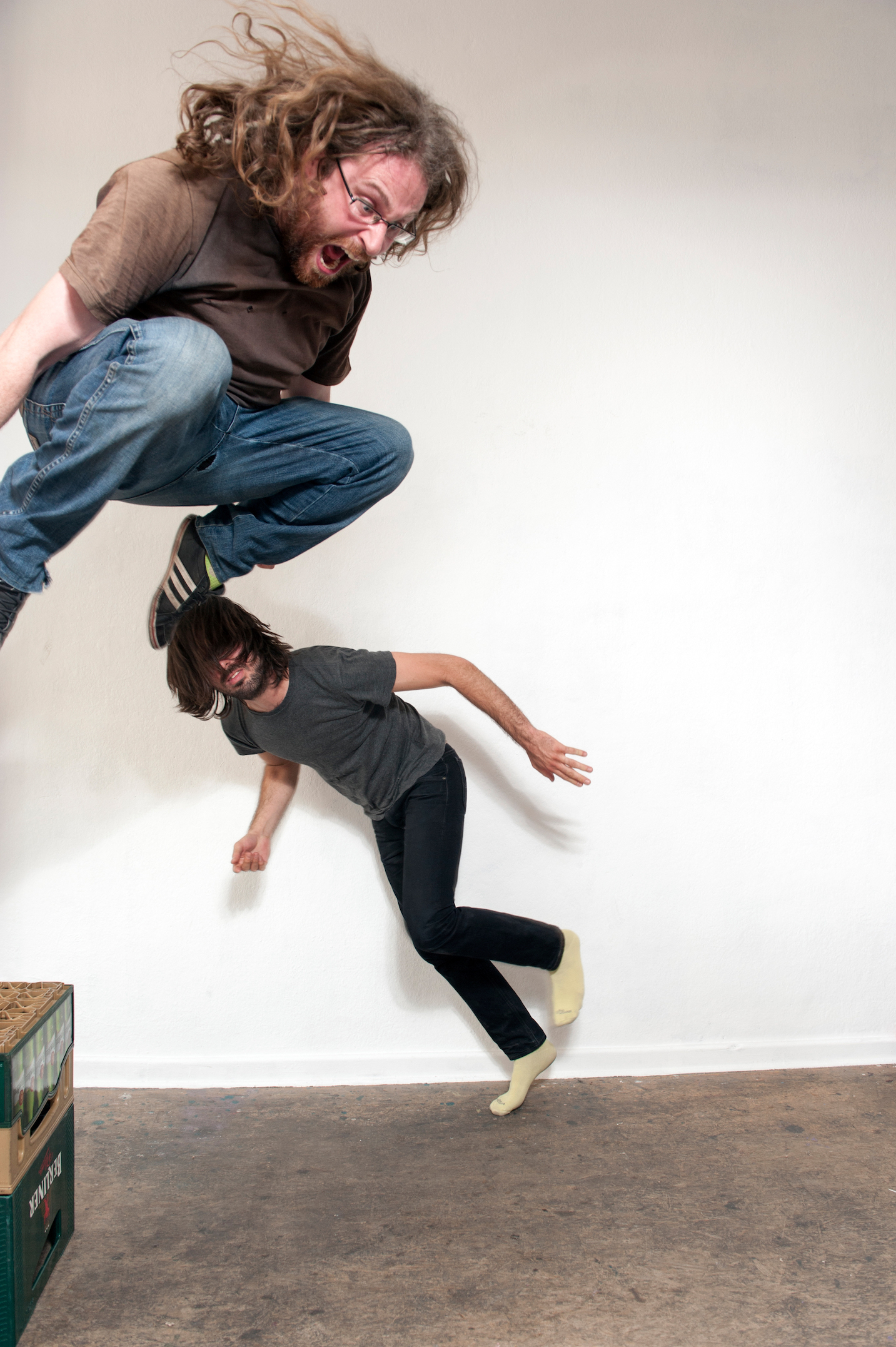 To celebrate their being signed by very cool punk label, Noisolution, we spoke to Dirk of Berlin's Dead Kittens.

When Dead Kittens got a booking agent, their first decision was to get them support slots on an Electric Six tour. If that doesn't give you a clear idea of the maniacal combination of punk rock riffs and humour that these guys serve up, I just don't know what will.

Berlin is renowned and celebrated for it's music scene, and hearing Dirk's insight into the ins and outs of it (with his screaming and KD's riffing in the background) got us excited enough to start planning another trip. Their speedy and occasionally industrial punk is addictive stuff, rippling with contagious energy.

RAW MEAT: Tell us about your local music scene; what’s your favourite local venue, are there any record labels or stores that we should look up, what’s the scene like where you're from?

Dirk: There are so many great venues in Berlin so it’s hard to pick one. All the venues have their own quirks and charms.
Urban Spree is great, they have a bar, a Biergarten (with some kind of fire-breathing organ made of metal) and a stage where great bands are playing. There is also a book shop and the whole thing is run by really nice people.
There’s also a place called Überraschung that has a bar/living room/clothes shop upstairs and a basement where bands play and a homemade cinema downstairs. Also run by really nice people (ex-Tacheles artists).
Yesterday we played a show at Jägerklause - it’s one of those typical R&R places with pictures of Lemmy on the wall and skins of dead badgers. In summer they also have a Biergarten with good burgers, beer and stoner bands playing.
A great record store is Staalplaat, they have a lot of cool stuff: From really obscure satanic black metal tapes to beautiful records of seventies Turkish psychedelic music (Edip Akbayram: check it out!), to complete abstract experimental music. They also have a stunning amount of books and screen printed artwork. I bought a comic book there a while ago that was completely screen printed in two colours, cover to cover, you don’t see stuff like that too often.

Name one track or band that you love from the past.
Currently I’m heavily into Kate Bush, so I would say 'Mother Stands for Comfort' from the Hounds of Love album. Also Nomeansno and The Fall. KD [the other half of Dead Kittens] really likes Mr. Bungle.

Name one track or band that you're loving right now.
I really like the Metz and there’s great stuff happening in Belgium (as usual). Raketkanon is awesome! Conan is also really really good, and if you’re into doom: Sea Bastard. I bought one of their tapes on a Conan show and it kicks tremendous ass. Useless Eaters... great too. KD is really into Mars Red Sky... well, me too, great live band!

Name one track or band that you think we should be listening out for in the future.
We played at a festival a little while ago and saw The Restless Liver. They play some really good, wild, garage. And our buddies Betonfraktion from the Netherlands, lead by Nick J. Swarth. He is a poet and on stage he turns into some scary, wild, bald dude in a dress and paint on his face while the guitar player plays their really loud and technical music from a score. It’s like jazz but then completely fucked up. Yes, you should listen to that and see them live too. You should see everything live.

What are you up to now?
We just happily signed to Noisolution, a label from Berlin, they’ll be releasing our first album on 23/02/18. It’s called Pet Obituaries. KD has just finished mixing it and I did all the artwork. I also made a new animation videoclip for one of the songs so that’ll come out together with the album.

What can we expect from you next?
In the beginning of February we’re going on tour through Germany as support for awesome Detroit band Electric Six. We'll be playing all over the country and we’re really excited about that! We also started writing our next album. We already have six or seven songs in the making... So that’s what we’ll be doing: playing many shows, drawing comics, recording new music and having fun while doing it.