“I closed my eyes and I heard the Allman Brothers playing in the seventies.” - Seasick Steve 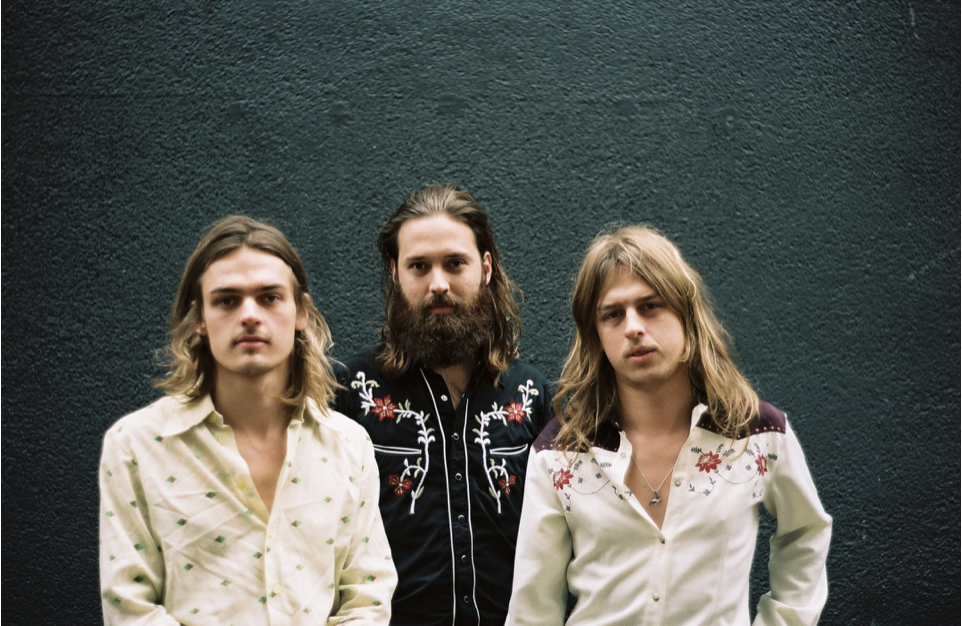 “I closed my eyes and I heard the Allman Brothers playing in the seventies.” - Seasick Steve

After signing to classic rock guitar-driven, Mascot Label Group late last year, the Dutch psychedelic blues trio DeWolff have caught and held our eyes and ears. After seeing them play at a festival, Seasick Steve was so blown away by what he saw, he insisted on introducing them to Robert Plant afterwards. Which, as sentences go, is pretty impressive.

Their album Thrust came out recently (04/05) and is full of the kind of guitar versus Hammond organ riff offs that'll catapult you back to the swamp from whence you came. It's also unbelievably their sixth record. And their recent show at Camden's Black Heart offered up an astoundingly life-shaking performance. They're the kind of band that'll finally make you feel like you were born in the right era.

RAW MEAT: Tell us about your local music scene; what’s your favourite local venue, are there any record labels or stores that we should look up, what’s the scene like where you're from?
DEWOLFF: We have a whole scene back in Holland, guys with long hair in Western shirts making awesome music. Our favorite band must be The Dawn Brothers. Ever since I recorded their debut album in our studio we've become big big fans of this band. Their songs, their voices and their playing style is incredible. These guys are insane, they must be my favorite band in the world right now (no kidding!).
We also have a lot of other cool bands over here like The Grand East, Mitch Rivers, Nachtschade that all make soulful rock music from the heart. We started our own record label on which we'll definitely be releasing awesome new bands if we ever find the time to do it - haha. In the place where we grew up there is this awesome record store where we grew up musically. It's called Music Machine in Sittard. If you're ever there make sure to check it out!

Name one track or band that you love from the past.
Little Feat is a very underrated band that we absolutely love! Incredible musicianship, great songs, great vibe. Check out 'Rock n Roll Doctor' from the Electrif Lycanthrope LP, it's an awesome bootleg.

Name one track or band that you're loving right now.
I just discovered a beautiful album by Link Wray under his pseudonym Mordicai Jones. It's from 1973 and it's the ultimate Sunday morning record!

Name one track or band that you think we should be listening out for in the future.
The Dawn Brothers! Check out their song 'Darling'. Check out their whole debut album! It's on Spotify.

What are you up to now?
We're going to have an insanely busy year, which I love! There's a lot Of things I'm looking forward to: the Dutch club tour that will start in May, the show in London on the 15th of May, our show on the Lowlands festival, our German and French tours later this year. We also released a cassette with B-sides and rarities that I haven't even seen or heard yet, I just recorded a solo album that will come our in August, I'm also recording a new album with the Dawn Brothers… Never a dull moment!

What can we expect from you next?
A lot of crazy energetic live shows and a lot of years to come in which we'll release a LOT of albums!

You can see DeWolff at the below dates: