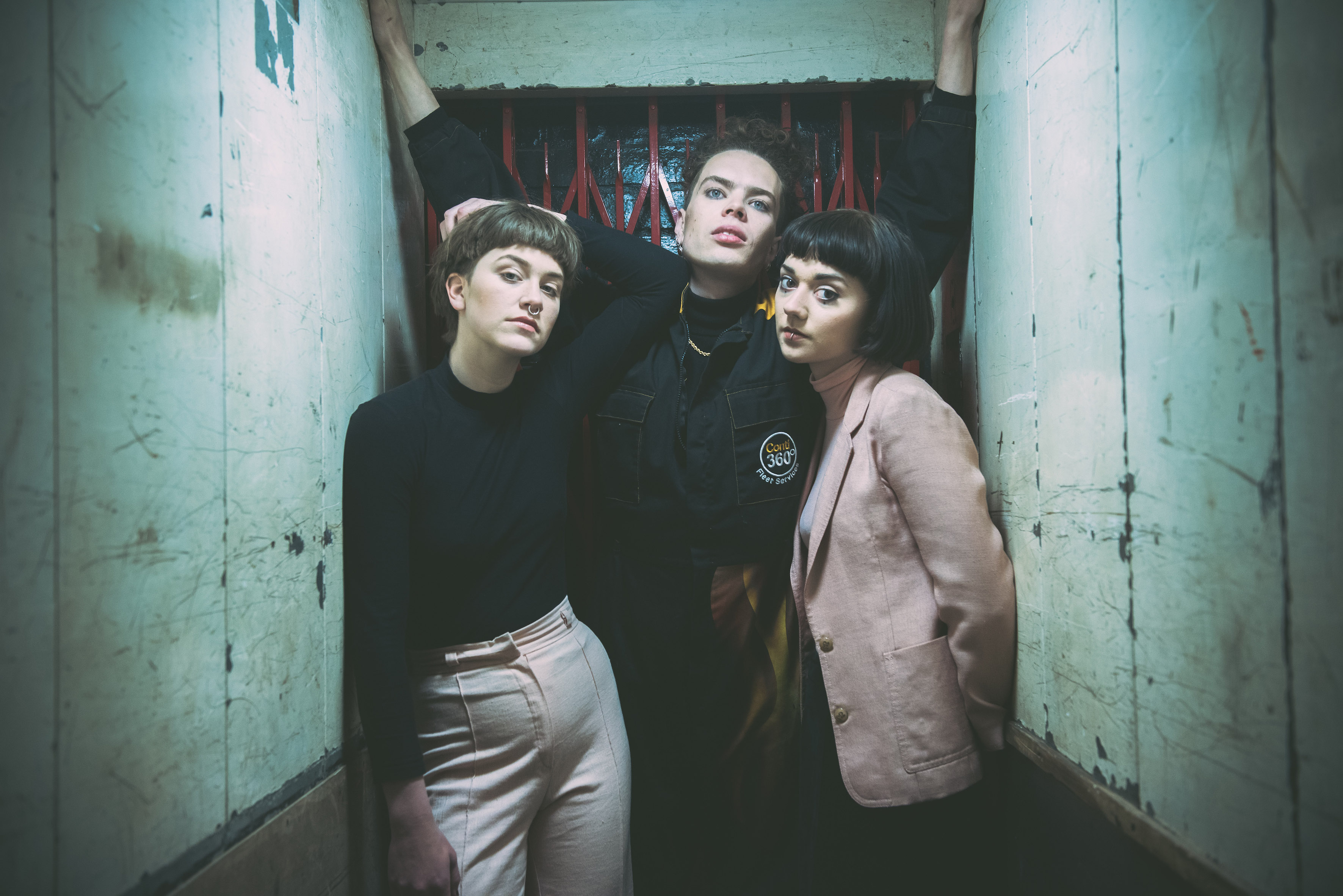 RAW MEAT: Tell us about your local music scene; what’s your favourite local venue, are there any record labels or stores that we should look up, what’s the scene like where you're from?
Jack: Our scene is split between our stinky rehearsal studio on top of a fish factory called poison noir that also has sick shows and la plant, another DIY space hosting anything from drone sleepover nights to Brianna’s weekly Sunday yoga class. There’s always something new on the rise, like this up and coming experimental electronic scene that the label ygrade has been putting on at la planet recently.

Name one track or band that you love from the past.
Bri: mr.bungle, crazy circus psychopath and a brilliant genius. And of course modest mouse.
Nora: Not sure if this question implies classics or what originally influenced us but when Dish Pit started out I was obsessed with Ty Segall and tried to write all or songs to sound like him. We barely do and the man writes an album every month so it’s hard to keep up with him now.
Jack: The Streets – A Grand Don’t Come For Free.
Bri: I second that.

Name one track or band that you're loving right now.
Jack: Kieran j Callahan. He’s just great, he makes me very confused. I like music that makes me feel confused. O o o and anything off the PC Music label.
Nora: A lot of stuff from around the Montreal area these days. Free downloads on bandcamp. French bands include fet.nat, Jimmy Hunt, Pandaleon and English speaking ones would be Luge, Sorry Girls, Jesse Gotfrit, beautiful folk legend.
Bri: Been bumpin Karen Dalton, or maybe not so much bumpin, more like sulking.

Name one track or band that you think we should be listening out for in the future.
Jack: Lonesaw if they ever get their shit together to record their album and Beija Flo. Queen. We just played with both of them in Liverpool and were blown clean out of the water.

What are you up to now?
Jack: We’re on a tour across the UK right now. Just trying not to flip the van as we drive through the wheel infested welsh countryside on our way to my parents’ yurt glamping resort.

What can we expect from you next?
Jack: We’re about to release an EP this September that we recorded a few months ago in Montreal. Touring the UK again end of August. Full album to come…