We've got an exclusive for you - London's Sly Persuaders debut album. We also asked a few questions so we can all get to know them a little better. 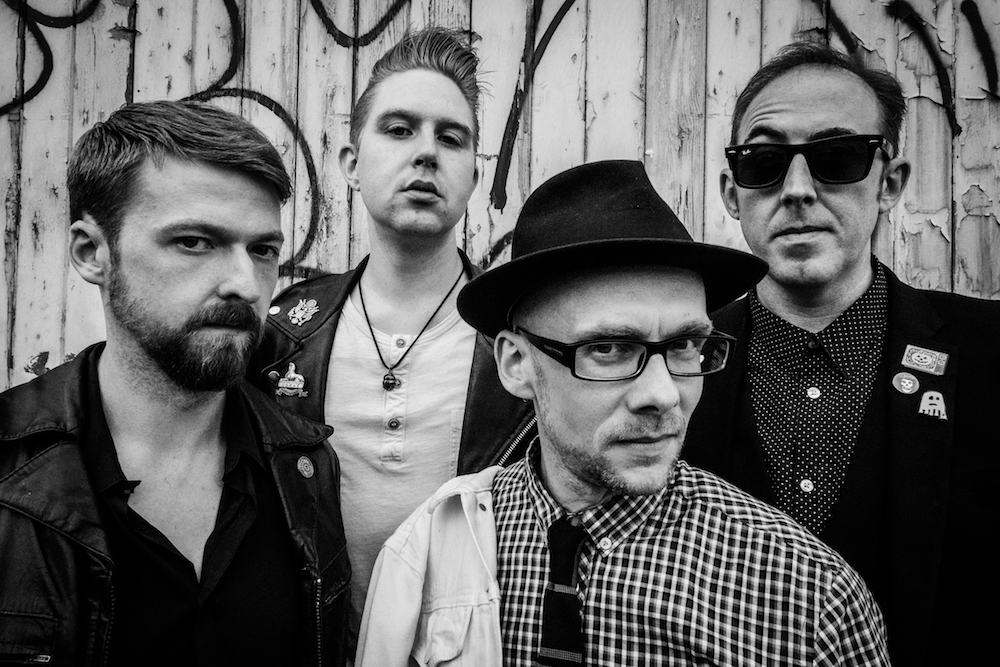 We've got an exclusive for you - London's Sly Persuaders debut album. We also asked a few questions so we can all get to know them a little better.

The Raw Meat squad first heard The Sly Persuaders through our ongoing slobbery and loving relationship with Heavy Leather Promotions' monthly Roadkill nights, where The Slys were a regular act. Now that Roadkill has grown-up (sort of) into Roadkill Records, we're proud to bring you their first ever release a little ahead of time.

I was nervous to hear the record, as The Sly Persuaders are a band I've enjoyed live too many times to count. But perhaps the highest praise a record can receive is that it captures a band's live performance, and I'm happy to say that this debut really does them justice. Look inside and you'll find squealing guitars, garage rock beats, and surfy psych reverb rumblings; while frontman Chris Blake snarls through his vocal performances like the band's beating heart.

We asked him our Fresh Flesh questions so that you can get to know them a little better, but the best way to get under their skin is to absorb the album, dust off your leathers and get yourself to a live show.

Raw Meat: Tell us about your local music scene; what’s your favourite local venue, are there any record labels or stores that we should look up, what’s the scene like where you're from?
Sly's Chris: Well we all live in London so there's a lot to choose from! It's difficult to pick just one favourite venue, but since we all live south of the river it would have to be The Windmill in Brixton. In terms of labels, there's loads of great stuff out there (ahem, particularly on Roadkill Records) but Fuzz Club have brought out some of my favourite records of the past few years. The scene in London has really come alive over the past few years and if you're prepared to dig around a bit there's some of the best bands in the world playing for only a few quid at a venue down the road. If you keep an eye on The Lock Tavern, The Shacklewell Arms, and Moth Club there's a good chance you'll catch some of them.

Name one track or band that you love from the past.
One band that we can agree on is The Stranglers. Their first three records in particular have all been a big influence on us.

Name one track or band that you're loving right now.
I think it's fair to say that the record we've all been spinning most recently is Muertos' last EP. Well worth checking out.

Name one track or band that you think we should be listening out for in the future.
I don't think Vyk Non have any records out yet but if you get chance, catch them live.

What are you up to now?
Well we're all looking forward to getting the album out - it feels like we've been working on it for a long time now, and we're really excited for people to hear it. In the meantime we've been setting up some more gigs and working on some new material. It's going to be interesting to try out some new songs and ideas.

What can we expect from you next?
We're hoping to do another video for a song off the album, so we'll be working on that in the spring, and we're heading back into the studio over the summer. We've got some non-London gigs coming up as well, so we're looking forward to hitting the road.

Londoners can also head to the band's album launch party this Friday, 24.02.17 at Nambucca, with support from the desert-dwelling Saint Agnes and Bridport Dagger.