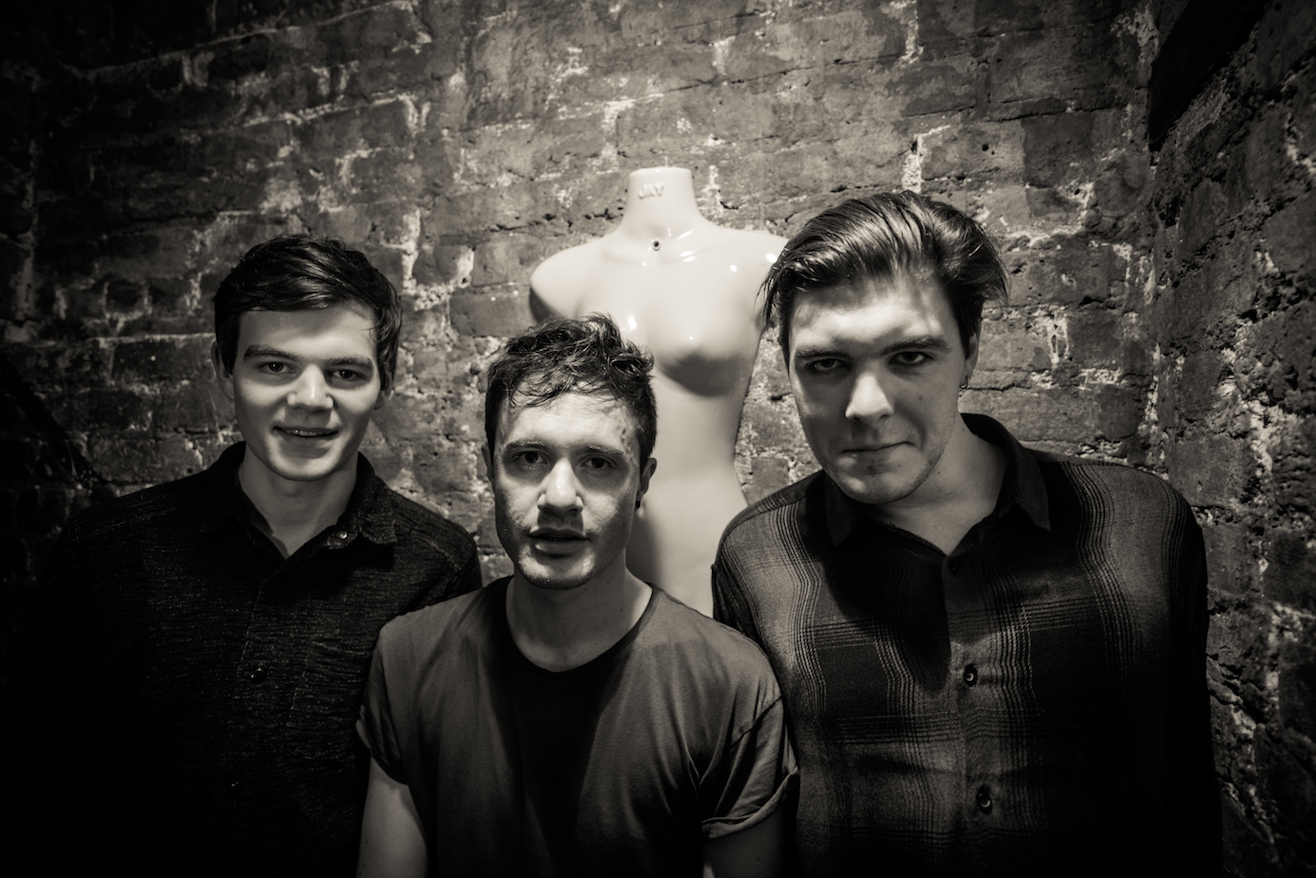 The track is chugging distortion and ray-gun Korg waves. There are drops, harmonics, Dead Boys energy and Buzzcocks riffs, as well as unsettling screeches; so everything you want really. And their live shows incorporate that same seventies, Jilted John, off-kilter pop charm.

RAW MEAT: Tell us about your local music scene; what’s your favourite local venue, are there any record labels or stores that we should look up, what’s the scene like where you're from?
F&M: It's gotta be my old amigo Trinity Bar in Harrow where I've probably spent half of the wages I've ever earned. It's the only place for miles that plays loud guitar music and has a live venue. The scene is really happening right now! Local bands to check out are Honey Lung, Lady Pocket and Mellow Gang (who are on RYP Recordings with us), as well as Lazy Pilgrims, Wannaballoon and Secret Tongues. I've got to give a mention to the other band I'm in too, Small Victories. Check out 'Paint The Picture' on Younzztub.

Name one track or band that you love from the past.
'Runaway' by Del Shannon. We cover it live and fuzzy it up around the edges. It's about two minutes long and manages to squeeze in a ton of great melody and a jarringly incongruous clavioline solo in the middle. It's a bit like the bat-shit-cray saxophone at the end of 'My Lovely Horse' in Father Ted.

Name one track or band that you're loving right now.
I went and saw Girls In Synthesis the other night and it blew my socks clean off. I walked home barefoot. The singer was in Neils Children: a band I loved growing up.

Name one track or band that you think we should be listening out for in the future.
Peluché. When they play the clouds part and it's always summer. They sound like a tropical haze. With added clarinet.

What are you up to now?
Laying down as much material as we can given full time jobs and minimal funds! It's a continuous factory line of songs. I'm always writing, demoing, teaching the other guys tracks, recording and mixing. I need a holiday.

Had a serious stroke of a luck meeting the fantastic engineer who just finished working on Alt-J's new album. We've been recording with him and getting all the tracking done for our next two singles. We've been very ambitious with the production this time round.

What can we expect from you next?
Our debut single launch is on Easter Saturday at the aforementioned Trinity Bar. The Great Escape is coming up too. We're playing our mate's pub, The Monty at 18:00 on Friday (19/05/17). Well geared up for that.

Made up of two brothers and a drumming psychotherapist, Furs & Masks are launching the AA side on Easter Saturday (16/04/17) at Trinity, Harrow, before heading to Brighton in May for shows at The Alternative Escape.