Goldenbloom are post-punk in a post-IDLES world; furious innocence and ennui that makes for addictive listening. 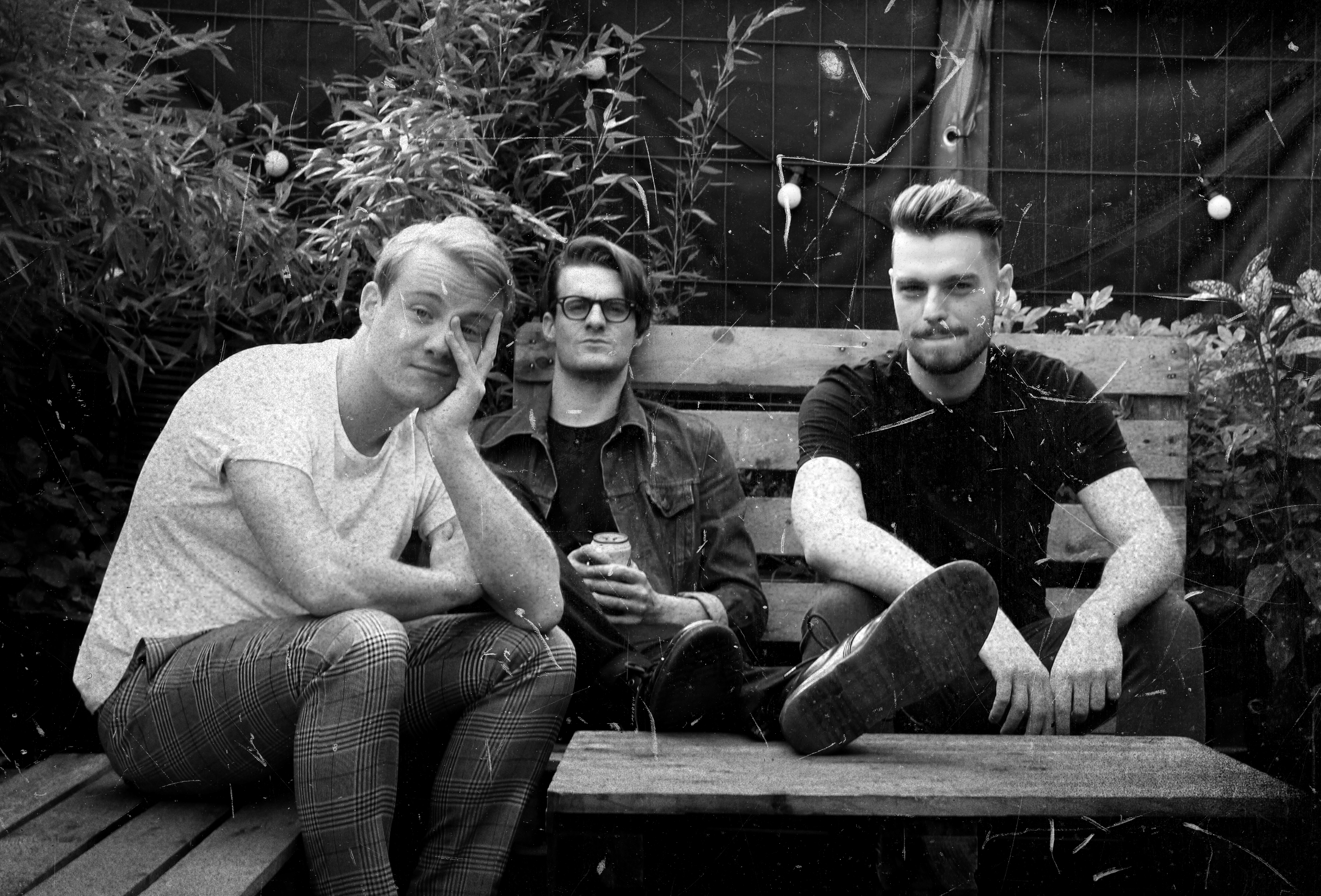 Goldenbloom are post-punk in a post-IDLES world; furious innocence and ennui that makes for addictive listening.

London-based and loving it, goldenbloom are three friends tearing through the early days of band-hood with violent relish. Their debut EP LIFE is out at the end of the month, and although you can hear their fledgling downy feathers still fluttering, the hooks, energy and grunge-leaden grooves already set them up as force to be reckoned with. We're already hungry for whatever comes next.

RAW MEAT: Tell us about your local music scene; what’s your favourite local venue, are there any record labels or stores that we should look up, what’s the scene like where you're from?
Justas: I’m originally from Lithuania but in East London now. It's all over the place. There are rehearsal studios or venues on every other street and the music played there ranges from lo-fi pop to garage punk to avant-garde jazz.
‍Jordan: I’m from Hertfordshire. Everyone with a guitar and a denim jacket played Americana. In terms of East London - where I am now - Roadkill have been slaying it with decent gigs around there. We’re lucky enough to be playing a show with them in a few weeks.
‍Will: I grew up in Suffolk and there is some really cool stuff going on there lately. I’d love to do a Hoax Session at Decoy Studios.

‍Name one track or band that you love from the past.
Jordan: Egyptian Hip Hop. They were lightyears ahead of themselves.
‍Justas: Big love for Led Zeppelin, always loved Trampled Underfoot for its stompy beat and drive.
‍Will: I recently re-discovered The Subways’ first album and it’s absolutely brilliant. I remember going to see them at Cambridge Junction ages ago and it was just insanely sweaty, like it was evaporating off people and rising with the heat, and then cooling on the ceiling and just raining back down on us. That’s the kind of gross live-show energy I aspire too!

Name one track or band that you're loving right now.
Jordan:  Right now, I don’t think there’s a single thing Sit Down can do wrong. Every song they’ve put out is quality. I saw them a good few months back at The Lock Tavern in Camden and just remember the place erupting when they played 'Honeysucker'. They were opening. How do you follow that?
‍Justas: Last Dinosaurs - probably the most underrated indie/dance-rock band out there. Their latest album Yumeno Garden is full of hits.

Name one track or band that you think we should be listening out for in the future.
Jordan: Iroquois - 'Everyone Here Has a Destination'. We were lucky enough to have them support us at our debut show last month. For a three piece they’ve got a huge sound, definitely worth keeping track of them. Other than that, Olivia Dean, Paulo Post Future, Two Tribes and PROJECTOR are smashing it.

What are you up to now?
Jordan: I’m trying to perfect cooking a decent carbonara. It’s a ball ache.
‍Will: I’m currently typing this from the luxurious comfort of the Circle line. Currently operating a good service with no delays. Can’t complain.

What can we expect from you next?
Justas: We’ve just dropped out second single 'LOVE' today which is over on Spotify.
‍Jordan: We’re also about to drop our debut EP LIFE which comes out on the 29/11/19. Coincidently, we have a gig supporting The Sly Persuaders the very next day at Aces and Eights in Tufnell Park. We’re going to enjoy the Christmas break and hit 2020 with some more shows and more songs.