After seeing Guttfull live, we became completely besotted. So we thought it was about time we asked them the only questions that really matter. 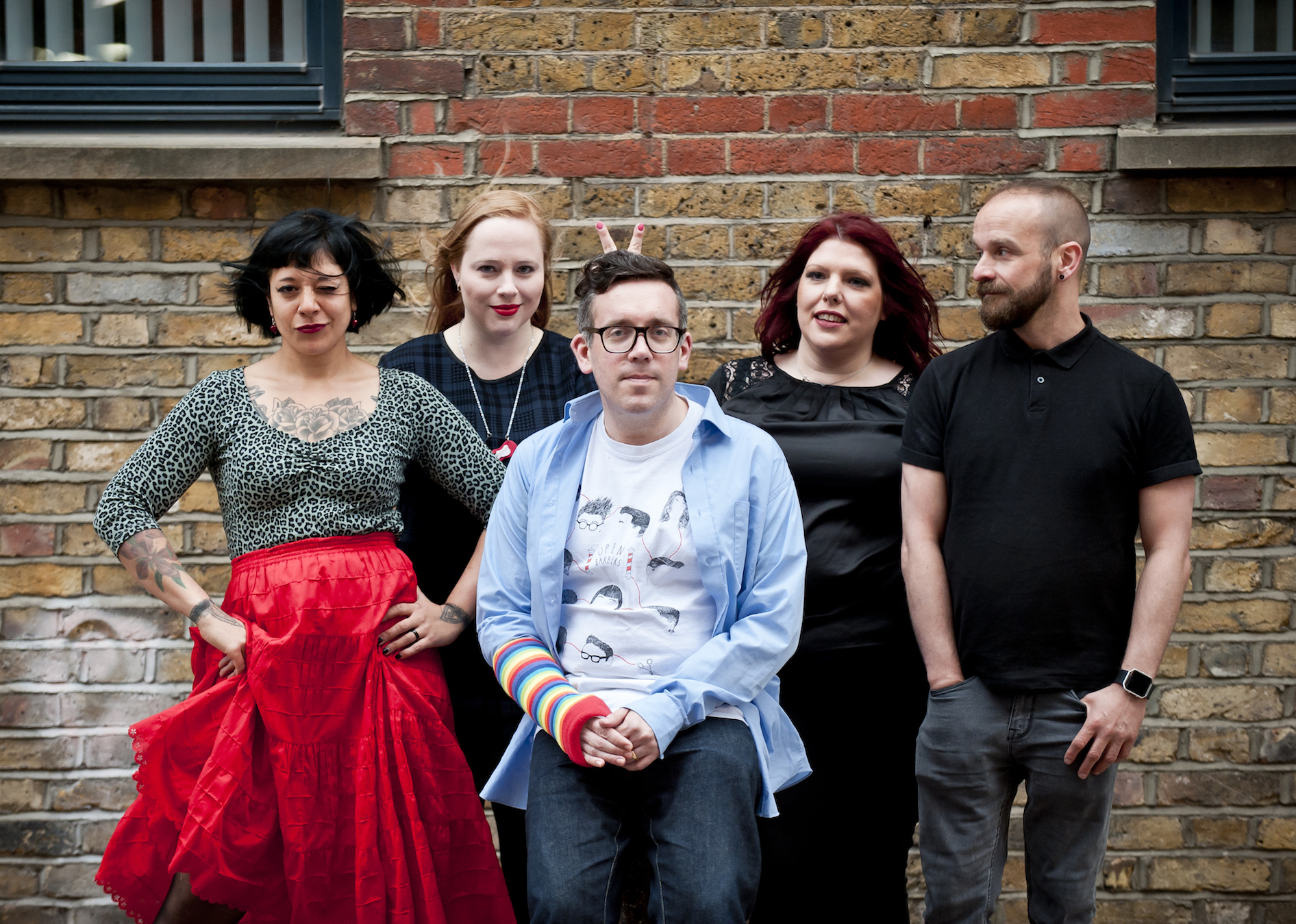 After seeing Guttfull live, we became completely besotted. So we thought it was about time we asked them the only questions that really matter.

There are lots of things we love about Guttfull. They're a feminist balls-out punk band with sax riffs to rival the spexiest of X-Ray Spex' outbursts; and (while we're on the subject), the frontwoman comes pretty fucking close to embodying the powerful and rawly arresting performances of Poly Styrene herself.

Their live shows are explosive, raucous displays of catchy but poignant songwriting, joyous vitriolic rage and unabashed distortion. Everything we hear only drives their hooks deeper under our skin, with special mention to tracks 'Does Your Girlfriend Know You're Here' and 'Not All Men'.

Tell us about your local music scene; what’s your favourite local venue, are there any record labels or stores that we should look up, what’s the scene like where you're from?
Cassie (guitar): I only know about LOUD WOMEN gigs, cos they are the best! But also, we're looking forward to playing The 100 Club on 04/05/18, Hell Hath No Fury Fest in Bristol on 25/05/18, and our Brighton debut at The Prince Albert, 16/06/18.

Name one track or band that you love from the past.
Phil (sax): 'Never Say Never' by Romeo Void is probably my favourite sax punk song of all time - it's got great lyrics, a brilliant solo, and you can dance your heart out to it for six minutes.

Name one track or band that you think we should be listening out for in the future.
Cassie: I heard a rough mix of our 'husband band', The Charlemagnes', debut album last night (provisionally titled 12 Songs and the Truth) and have to admit it's pretty fucking amazing. Punkrock music, by men, who play their instruments really, really well - it's not my usual cup of tea, but I really do love them big time.

What are you up to now?
Cassie: Getting ready for our album launch!

What can we expect from you next?
Louis: More gigs, debut album out, a tour and hopefully some festivals in the Summer.