Newcastle four-piece, High Tide 15:47 describe their debut EP as, "A fuzzy twist on influences from the shoe-gaze and dream-pop scenes of the late eighties and early nineties". 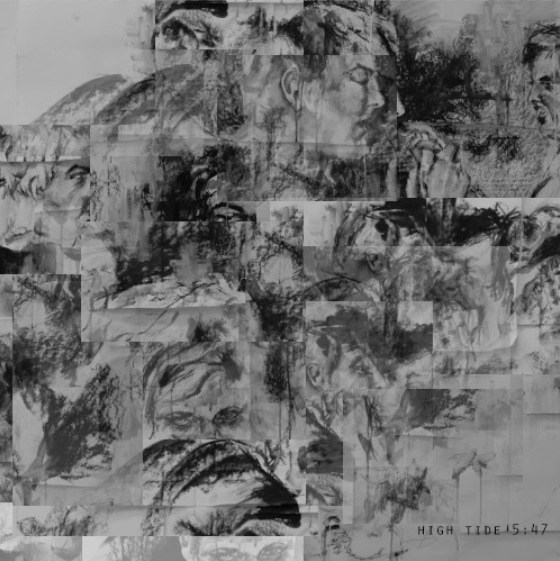 Newcastle four-piece, High Tide 15:47 describe their debut EP as, "A fuzzy twist on influences from the shoe-gaze and dream-pop scenes of the late eighties and early nineties".

They are not wrong at all; reverb, double vocals and barely conscious drums become a themed soundtrack to a devotion of early nineties shoegaze. High Tide 15:47 spent the majority of 2014 both tuning the final touches to their EP (recorded in their Osburn practice space with Mick Ross from Frankie And The Heartstrings) and supporting acts such as Wolf Alice, Speedy Ortiz and Eagulls. ​

Opening track 'Too Much Time Alone' was originally released as a demo in 2014 to great critical reception, now remastered and as startling as it is comforting, the track hasn’t lost the personified fuzz overlays. 'Too Much Time Alone' opens with a rhythmic drumming pattern whilst guitar plays catch up delicately until thick bass and doubled vocals enrich. This is the tone that follows throughout the EP - there is no indifference from start to finish. The record is in syncto one pattern, one style and sound. Fortunately it works for them, there is no room for the listener to get tired. High Tide 15:47 have found a sound that encapsulates them at their best.

Second track 'Shades of Blue' is the standout song from the EP. Guitar centred, the track creates an atmospheric exterior designed to give the vocals domination; these are delivered by front man Steven Gordon who is expertly backed by Hannah D'Arcy's harmonies.

Remaining songs '(Fade)' and 'Headclouds' are easy to listen to, and show a more personal reflection in the lyrics, but don’t stand out like the previous two. All in all, the debut EP is an astonishing effort that will hopefully prove to be a pathway to a great year for the northern band.