J Mascis is a figure in music whose name needs no introduction. 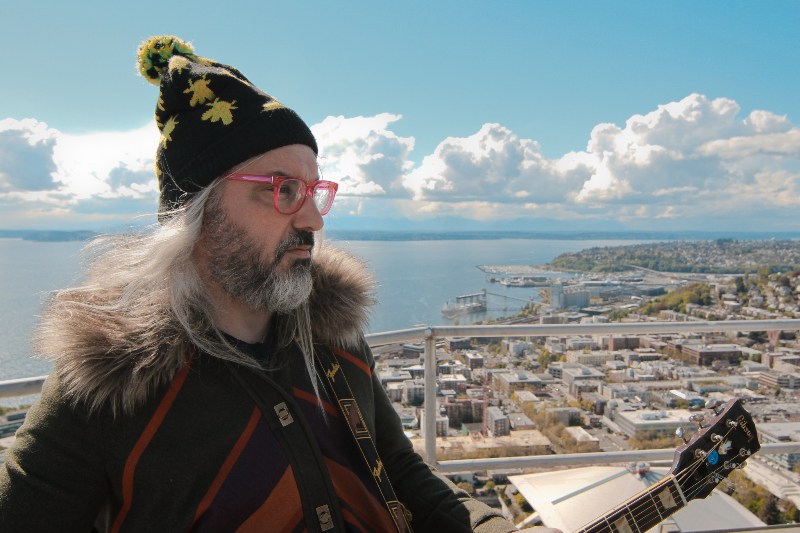 J Mascis is a figure in music whose name needs no introduction.

If not for Mascis’ mounting reputation of being one of the greatest guitarists of all-time (ranked fifth by Spin), you may know him for being one of the pioneering front men of alt rock with Dinosaur Jr in the early eighties. Twenty-five years on with two solo albums released on Sub Pop Records, you can find the icon touring his solo shows around the world in the wake of 2014 release Tied to a Star.

The Sub Pop label was a communal theme running through the night, support came from label-mates, two-piece Luluc. The Australian duo released their second album Passerby, in July 2014. It is really not hard to guess why J Mascis would elect the acoustic rock pair as support. They were a world apart from the resonances of grunge that Mascis became famous for in Dinosaur Jr, but in comparison to the icon's solo records, they fit the bill perfectly. Realising just how much of an honour opening up for an iconic rock figure was, Luluc guitarist Steve Hassett told the abiding audience, "It's scary shit supporting J Mascis when you’re a guitarist". The nature of their music is something I call, "Hold your lover close and look on in awe", or conversely, "Find yourself with no-one to hold while harmonies, acoustic guitars and relationship-focussed lyrics become an isolation soundtrack".

No-one anticipated the same acoustic, harmonies-filled sound from headliner J Mascics, even if he was sitting in a chair, playing from a lyric book with only one guitar. Distortion and loop pedals quickly extinguished any thoughts of it being a laid back set, with seven Dinosaur Jr songs within it, we got the nasal, finger picking and distorted qualities we have heard J Mascis play on electric records over the years. At times Mascis did produce definitive acoustic tour live performances, such as his cover of Mazzy Star, ‘Fade into You’. However, you might be able to take a man away from his Jazzmaster, give him an acoustic and place him in a Newcastle venue, but you can’t take away his natural instincts to lose himself in guitar solos, fuzz pedals and excessive strumming.

J Mascis has a persona on stage like no other, accountable for his lack of trying. It is a natural stance that looms over the audience - captivated, in his grasp. There is no Thank you/ Hello/ The next song is… there is a tangible distance from the crowd. Not once looking up from his guitar or lyric sheets, Mascis has a natural born arrogance. I have watched interviews and heard stories of him distancing himself away from the spot light as well as from fans, but seeing it for myself was quite the revelation and one I strangely admired. It isn’t a Gallagher sense of acting up to the rock n roll life-style and getting the headlines they crave; with Mascis it’s more pure, and it's about the music. The crowd paid to see such songs as ‘Get Me’, and when he delivered we saw a spontaneous outburst of unthinkable guitar playing. Something not everyone could emulate. You can read reviews, you can listen to records, but nothing will compare to J Mascis live. It’s a mutual appreciation for music between you and him, and through the experience you further appreciate the artist behind the music, and not for behaviour, on-stage antics or even crowd interaction.

As the night was coming to a close, Mascis had played just about everything, a crowd pleasing set for a completely blown away crowd. A stripped-back J Mascis gig does not simplify the man’s back catalogue - at best his solo stuff shows glimmers of simplicity. It is the best of both worlds. It felt like a night you can say, "I was there. A true icon came to town with just an acoustic guitar". And with one final Dinosaur Jr song, ‘Alone’, the night was over and Mascis left the stage. Until, to my surprise (and delight) he returned for just one more song, a cover of The Cure - ‘Just Like Heaven’. Turning it into a grunge acoustic re-imagining, showing again the many abilities J Mascis has to offer the world. And with that the audience finally got a, "Thank you and goodnight".