I watched in awe as two previous Fresh Flesh bands, King No-one and Hyena supported the ever-climbing and unstoppable Beasts. 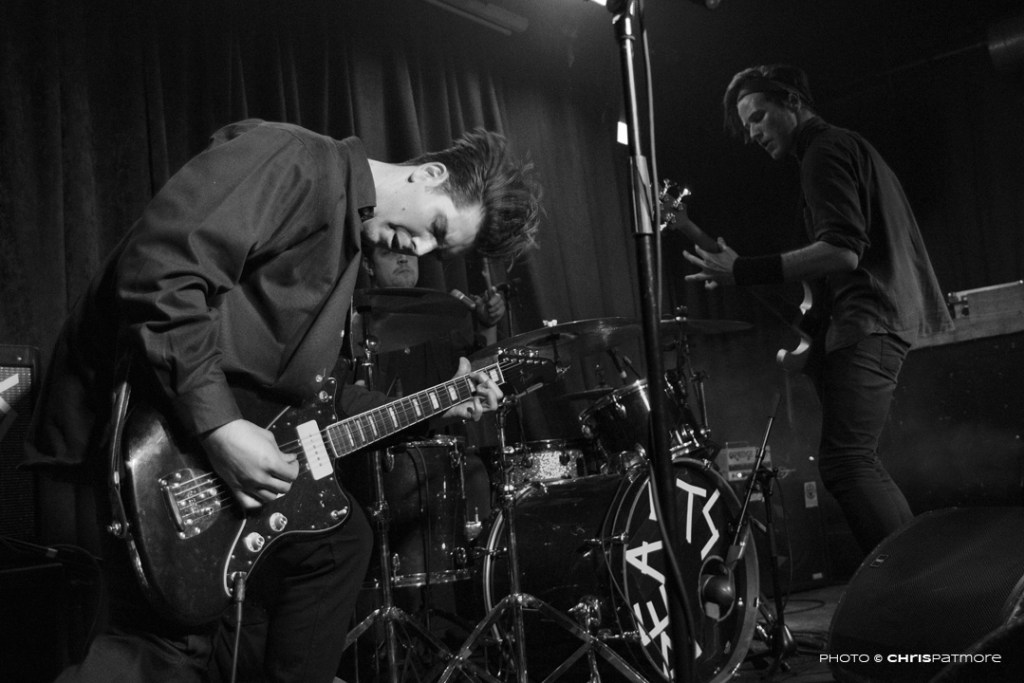 I watched in awe as two previous Fresh Flesh bands, King No-one and Hyena supported the ever-climbing and unstoppable Beasts.

Artrocker New Blood Festival is a great springboard for upcoming acts, but this line up needs no springboard - I am in no doubt that each of these acts will carve their own way.

King No-one's power comes from great song writing. Although slightly awkward on one song with a backing track their overall vibe was one of fun, and they looked amazing. Their music has heavy power but with great melodies. In my opinion they should let the front man loose - the guitarist can handle the sound just fine and lead singer is better and more at home when he's set free than when stuck on the spot.

The spine of Hyena are the great riffs. They perform with an air of disbelief that they're getting away with it all. The second guitarist provides a vital thickness to the sound and Jacob Ball's vocals are awesome. It's the same ratio of power from someone tiny as you might find in classic rockers, Stiltskin. They're not re-writing any rules, but they've got QOTSA and Arctic Monkeys goodness with some slightly risky guitar solos and awesome song sections. With a place on the NME Tour (and their manager working at NME magazine) they're going to be unstoppable. The new single is fantastic.

As Ball hits his stride the guitar solos get better and better and there is no way you could deny that he has his own playing style. I felt like the newest track 'Where Do We Go' was one of their weaker moments, but the set itself was so overwhelmingly good that it didn't linger as a low point - it was just a blip. They've mastered that slow, sexy swagger and their changes in power are amazing.

Headliners, Beasts' front man Joe Mallory-Skinner comes as a contrast to the egos of the previous two bands leads. Beasts pull together intelligent riffs, with the destruction and disregard that grunge taught us, the wash of noise of alt-rock, while adding lyrical content that actually has meaning.

I've written about Beasts as little as possible in my career because I know and love them, but this gig, to me, felt like a coming of age. I've said it before (and I hope that I'll say it again) but every single time that I see them they get better and better - they seem to have an endless supply of more to give. To a minimal, mid-week Hoxton audience they injected actual energy, a real reaction.

Jaco Norman's bass lines roll out of Pearl Jam and The Pixies' wake while Tom Wood's beats come from fuck knows where - the man is a force of nature. Mallory-Skinner, an unassuming giant of a front man, naturally twists beautiful riffs in his hands into something darker, while his vocals drawl out of a South West London suburb of Seattle.

Newer track 'My Girl's A Serpent' takes them in an even sludgier direction when compared to the transition from 'More of The Same' into one of their first songs, 'Shades of Blue'. Wood is made of bricks, Norman is second guitar and half the rhythm section in one (while singing backing), and Mallory-Skinner's vocals are unashamedly wide in range and used like a punch.

And it's not any old punch, Beasts' music is a skull-cracking upper-cut.

All images are by the incredible Chris Patmore. Chris has a photography exhibition at Hoxton Square Bar & Kitchen right now - we strongly recommend you check it out.