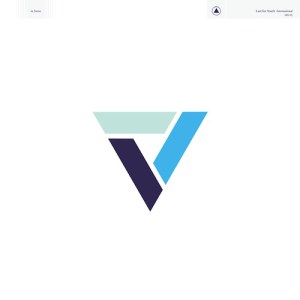 I was going to start telling you about this album with a sentence like, “The new record from Lust For Youth is so full of hooks it could be a…”, and then I realised there’s no pithy way to finish that. Even Captain Hook only had one hook. What I’m trying to say that the positive vibes on International are contagious.

Frontman Hannes Norrvide’s perfectly morose Depeche Mode vocals seem to have the exact opposite effect on the music. The amazing single ‘Illume’ features sampled guitars, an infinitely catchy chorus (one of many on the album) and a jaunty, clippy beat; it’s all so much fun to listen to.

There are some shorter, instrumental moments, like ‘Basorexia’ and the spacious ‘Ultras’ that I recommend listening to with headphones on, so you can appreciate the depth. Next song ‘New Boys’ falls somewhere between Pet Shop Boys and New Order with upbeat synths and reverb crashing drums. There are moments of reflection, like in the minimalism of ‘Lungomare’, but the album’s attitude is never negative.

The dramatic difference between this record and Norrvide’s previous Lust For Youth work (as a solo artist) is down to the permanent addition of longtime live collaborator, Loke Rahbek and brand new band member, Malthe Fischer.At its essence, it’s heavily influenced eighties post-pop and although you can hear Norrvide’s past work poke through, it is the combination of Fischer’s production and Rahbel’s co-writing that have allowed this group to come of age.

According to Rahbek, “The record sort of happened by chance. Hannes and I had talked about recording some stuff together for the fun of it, and Malthe offered to help us record. Initially, we were just going to do a song or two for the fun of it, but within a few weeks it was obvious that it was a combination that worked. Malthe went from recording to joining within the first few days and we made the whole thing over the last half-year, drinking gin and tonics everyday in the studio. The period was strange, terrible things happened in everyone’s life outside of the studio, so as a result many hours were spent in the studio, like a safe zone.”

Although a strange origin story for such an upbeat record, it sounds like the creation process acted as a sanctuary. By the time the album reaches the electro-pop of second single, ‘Armida’ (featuring the stunning vocals of Soho Rezanejad) or the childishly gleeful ‘Running’, memories of the dark and occasionally atonal Perfect View are all but dispelled. The beautiful ‘After Touch’ has a Twin Peaks, late fifties love song feel and if it wasn’t for the sawing synth lines, could be plucked from Simple Minds’ back catalogue.

Although very different from Norrvide’s solo work right through to the final title track, this should still be a sure thing for fans of his writing. It’s music that makes you feel good; a great record.