A warehouse in a secret location; in true DIY spirit, Arrows Of Love’s Nima Teranchi joked, “It doesn’t feel like a gig, it feels like we’re throwing a massive party”. 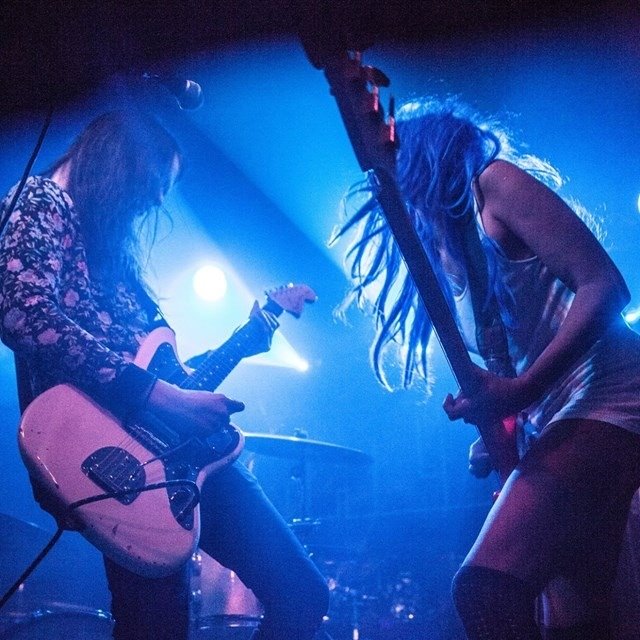 A warehouse in a secret location; in true DIY spirit, Arrows Of Love’s Nima Teranchi joked, “It doesn’t feel like a gig, it feels like we’re throwing a massive party”.

On Thursday 2nd June, the white bricked building embossed with graffiti art was occupied by quite the crowd. Experimental rock-blues outfit Primordial SOUP set the bar high for the night, performing tracks from their demo, including the moody yet hypnotic ‘Gladiator’s Dance’. Despite being the first act of the night, they enticed an audience that immersed themselves in every track.

Brighton trio, GANG didn’t disappoint either; oozing stoner aesthetic with their psychedelia-grunge sound. Their ballsy character made for a memorable performance, with fuzzy tracks like ‘Not A Reason’ getting a more than welcoming reception.

Although it was probably one of their more intimate performances, Arrows Of Love’s set could have been in a venue three times the size, judging by the atmosphere of the crowd. After two promising sets, the audience were hungry for the headline slot of the evening. Bo Ningen’s Yuki Tsujii made a powerful addition to the band, charging Arrows Of Love forward as a force to be truly reckoned with.

‘Toad’, their latest release since 2014’s explosive Everythings Fucked, sent the venue into a frenzy - a natural reaction for their eagerly anticipated return. There was an incredible buzz about the warehouse as showgoers surged as front man, Nima darted into the crowd. Tracks such as ‘Pretend Friends’ and ‘Honey’ continued to ripple hysteria throughout the place with ‘Prescriptions’ creating an inherent and chaotic exhibition of their garage punk roots. Nuha Ruby Ra’s shrieking vocals made for the perfect accompaniment.

There was a strong essence of unity between Arrows Of Love and the crowd, which continued to prevail throughout the set. As Arrows embarked into their final track, the staging area was corrupted by a riot of audience members. Dancers wove in and out of Yuki’s scarlet guitar, which was whirling through the air above his head. As instruments were taken over from the band at some stages, and the rest of the audience revelled in the performance, Bruno Wizard (The Rejects/ Homosexuals) hollered out a poetic monologue condemning the establishment and urging us all to think for ourselves. He branded Arrows Of Love as, “The kings and queens of ideas” who provided a current for the anarchy to electrify via.

Gigs like this encapsulate why live music is so important. Sometimes listening to an album isn’t enough material to really get under the skin of a band, you have to experience it. Watching Arrows of Love play on their own home-turf, giving an unapologetic and raw performance left me yearning for their forthcoming album PROJECT. There is no telling what Arrows Of Love have in store for us next.