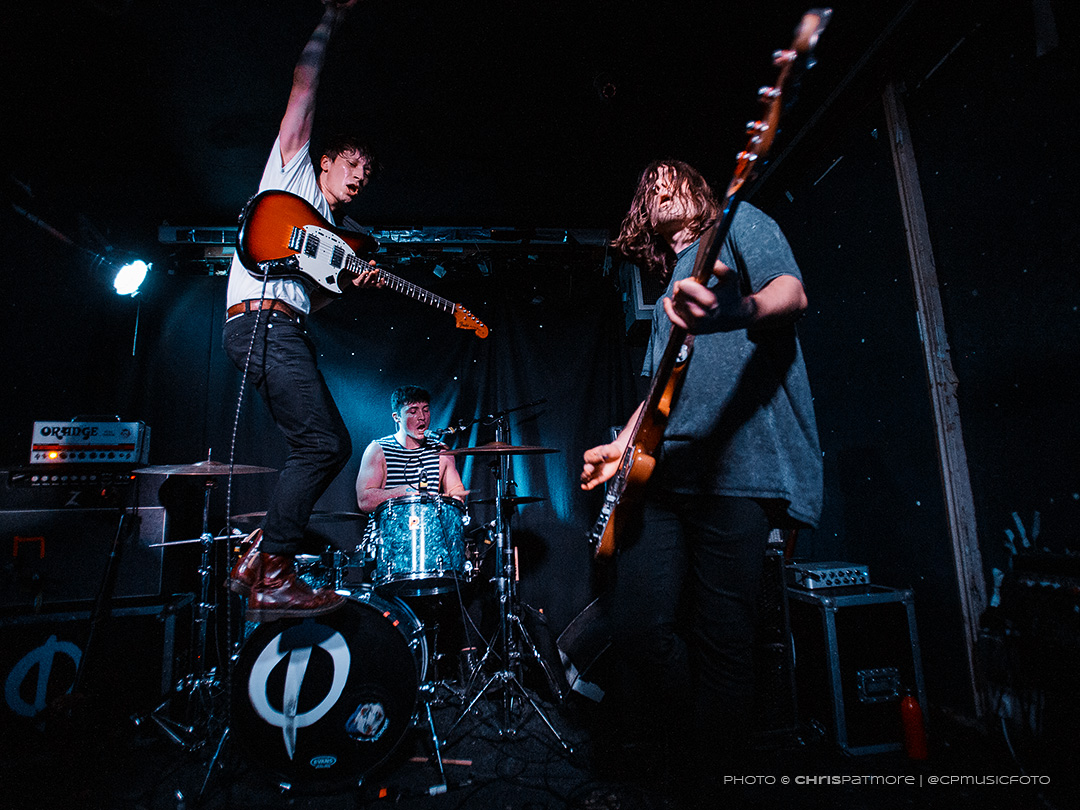 Back in the middle of 2014 I saw a band from Somerset called The Darlingtons. They were supporting an American band called Gold Lake. The Darlingtons were indie guitar rock and their stage presence was energetic. I was impressed enough to keep an eye out for any more upcoming gigs. I caught them again in early 2015 and once more in 2016, but have been watching them grow musically, as well as playing their tracks on my podcast. Fast forward four years and they released their fantastic debut album Forever Whatever, with an accompanying ten date UK tour that culminated in a sold out show at The Old Blue Last in Shoreditch on Tuesday, which happened to be the fifth anniversary of their first show as October Drift.

If you haven’t heard them before, they play big, noisy, anthemnic guitar rock that translates perfectly to the stage, whether it’s a large festival one or a more compact intimate one like The Old Blue Last. Although, to be honest, they really need somewhere a bit bigger to fully unleash their unbridled energy.

From the the get-go, with 'Losing My Touch', the opening track of their album, they were in movement for almost the entire one-hour-plus-set, in which they played the whole album plus two earlier singles and one new song.

Their set finished with the album’s only acoustic track, which saw the band’s front man Kiran singing solo, without the aid of a microphone, a perfect calming contrast to the previous aural onslaught to end on.

Expect to see a lot more of October Drift, as festival bookers start to catch on to what a great live band they are.

Opening support came from China Bears, also originally from Somerset, with their own brand of indie guitar rock.