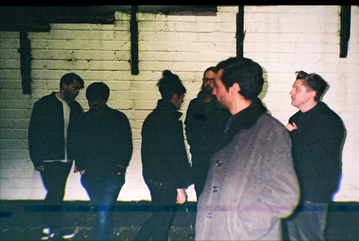 We've got the Doors-meets-Nick Cave bright young Brightoners, Other States. They're dark and brooding (without feeling boring) and 'My Beau' is the B-side to their upcoming single 'Make Amends', ready to be released 16/06/17.

The band had this to say about the track; “'My Beau' is the first Other States song we ever finished. The song is playing around with themes of death and sensation - loosely based around the idea of a body lying on a morgue table, dreamily reminiscing on the events which led to that point. Its one of a few songs that explore this idea of giving up control in order to gain control. It's a bit of a freaky love song.”

It's lounge-lizard-post-punk. A lesson in seduction through gritted teeth, full of woozy riffs and earthquake rumble vocals.