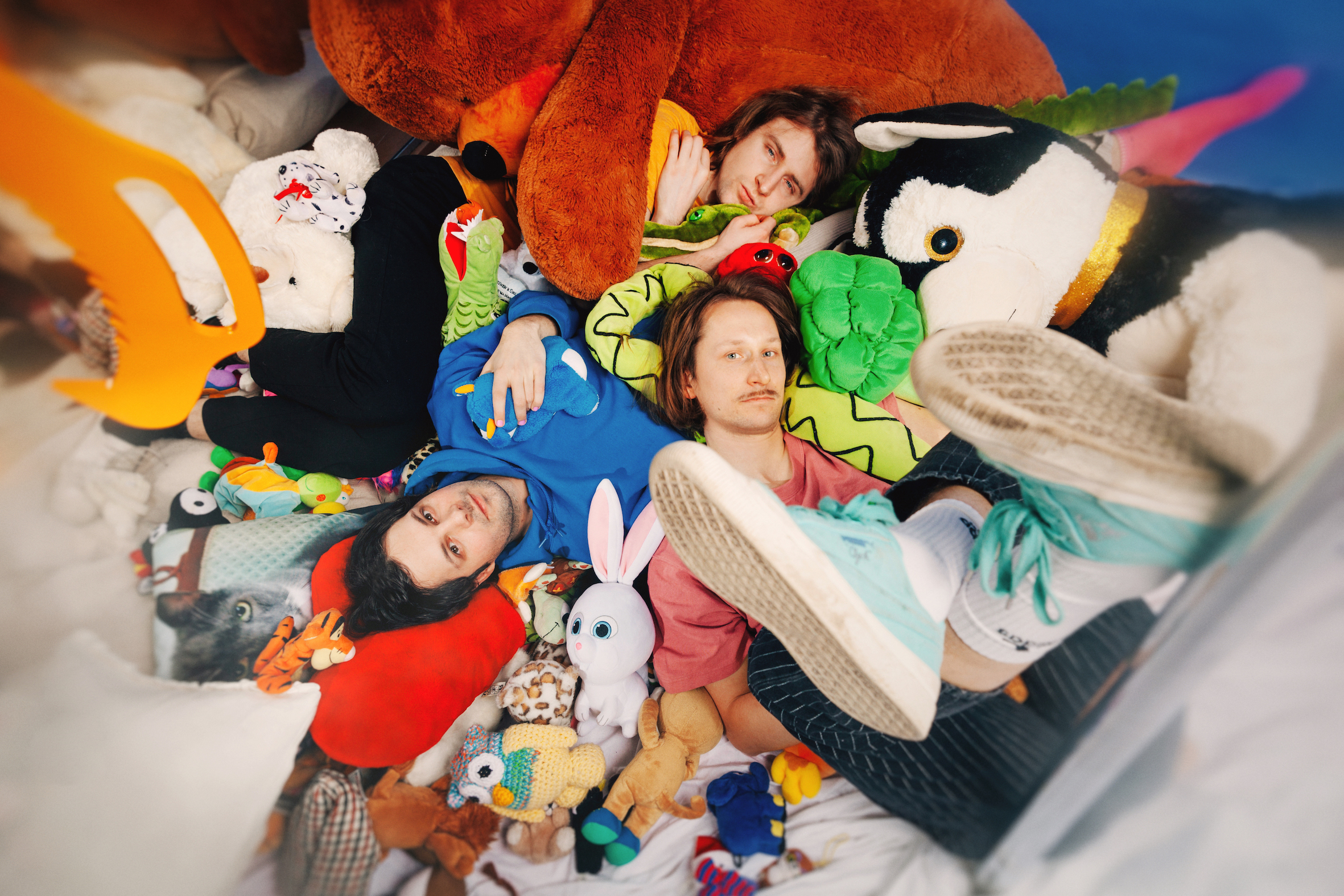 The lead single from the trio's second album the song 'Skyline' turns an unblinking glare onto the the gentrification of their beloved hometown Berlin.

It’s a song they describe as a “post-grunge hymn.” We're hearing a lot about post-grunge in the fuzzier end of the lollipop stick; something that combines all the chant-able hooks of grunge choruses with less of a noise-for-noise-sake snarl.

We asked Pabst the most important questions you can ask anyone below, but we also wanted to share what they had to say about 'Skyline'.

‍"Although more than half of the world's population lives in cities (and the trend is rising), they seem to be becoming more and more hostile places as they increasingly develop into “locations”. Especially in Berlin, where we come from, we have noticed vast changes in this direction in recent years. High fluctuation determines the cityscape and the housing market, with more and more furnished apartments being built. If you want to live somewhere, you often have to compete with hundreds. Houses classified as dilapidated will be demolished or fully renovated ('cause otherwise the price will not rise).

Nobody who owns the apartments really lives in them: students live there who stay in the city for a comparatively short time, tourists stay there for whom the apartments are converted into holiday homes, and above all; for people who can afford it. Everyone else has to move out of the city to where it's boring and cheap. You know that, it's nothing new. And, of course, this affects not only living space, but also the rest of the infrastructure. Many clubs and other cultural venues have to close because their rental contracts are passed on to the highest bidder, or because of a few residents who seemingly realised too late that the city apartment is not a country house by the lake."

RAW MEAT: ‍Tell us about your local music scene; what’s your favourite local venue, are there any record labels or stores that we should look up, what’s the scene like where you're from?
Erik: Berlin’s music scene, like, you can’t really say there is just ONE. There are many very different scenes. It’s on the one hand quite cool that you can (well, if there’s no pandemic going on) go to shows and events of all imaginable genres; electronic, experimental, hardcore, indie, hip hop etc. On the other hand it seems very difficult to keep track and also to belong. It all feels very scattered.
My favourite venue would probably be Urban Spree, it’s got the perfect size, atmosphere and sound. Like pretty much all clubs, it is in very deep shit right now, though...
My favourite record store would be Bis auf’s Messer at Ostkreuz. They have all these rare records of different genres and you will always find something more recent you like. Dodo Beach is also very cool! As far as labels go, check out Crazysane Records (our old homebase), Späti Palace, Mansions and Millions.
Tore: Inversions is a small label from a friend of mine with interesting music.

Name one track or band that you love from the past.
Erik: Recently I’ve been listening to a lot of "older" music, especially mid-nineties Indie. I rediscovered Stereolab, they are awesome! If the question aims at MY past, I gotta say Kyuss and all the bands in their orbit. Been listening to that stuff all day back in highschool.
Tilman: To be honest I just recently started listening to Elliott Smith and now there‘s a whole lot to catch up on. So I choose: 'Needle in the Hay'.
Tore: It‘s 'Into You' from Ariane Grande. Frequently It happens that I am immediately into a song, like with this one. It's dark, but yet so danceable. I am wondering when I can't hear it anymore.‍

Name one track or band that you're loving right now.
Erik: A new band that I’m listening to right now are Squid from Brighton, super good!
Tilman: I‘ve got a thing for unnecessarily long songs and just discovered 'The Past Is A Grotesque Animal' by of Montreal. It really doesn‘t feel like 12 minutes in total...
Tore: The last song that touched me, was 'Time After Time' by Hiroshi Yoshimura. I listened to it on my way back from our rehearsal space. I was seeing almost no one (because of this strange time) which didn't make sense because it was warm with a nice sundown. This song captures very good how I feel about that time.

Name one track or band that you think we should be listening out for in the future.
Erik: I’ve been doing graphic design for a couple of smaller artists from Germany that I can see blowing up. For example Shelter Boy or Sofie Portanet.
Tilman: I really like 'I Think You‘re Great' by Alex The Astronaut. She seems to putout music rather infrequently. Hopefully she’ll make a few more songs like this one.

‍What are you up to now?
Erik: Working a lot, actually. Also we’re trying to seize the time where we don’t play shows (R.I.P.) to write new music.‍

What can we expect from you next?
Erik: We have finished our second album earlier this year and are releasing singles. The album will be out on June 19th!

The lovely Pabst's second album, Deuce Ex Machina will be released, out 19.06.20 via Ketchup Tracks / The Orchard.