At the gigs Chris Patmore goes to, the male / female musicians split may even favour female artists, possibly because they're better performers on stage, as Pussyliquor demonstrated. 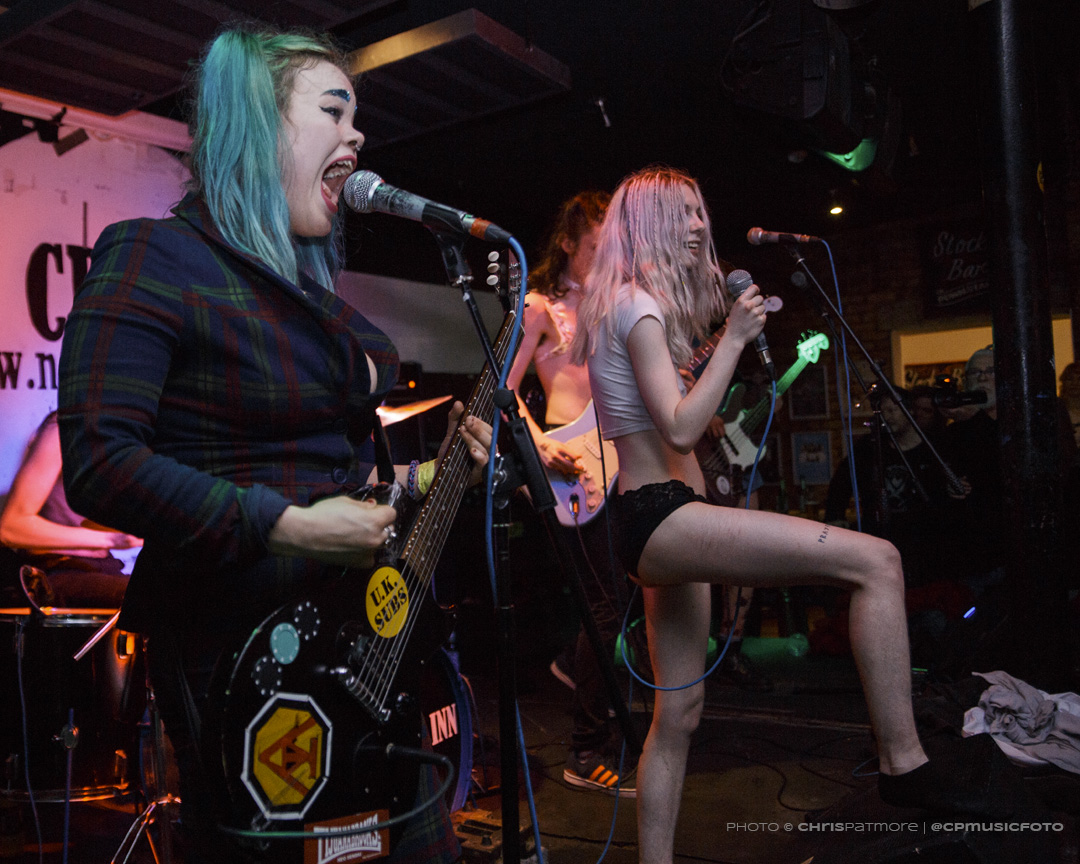 At the gigs Chris Patmore goes to, the male / female musicians split may even favour female artists, possibly because they're better performers on stage, as Pussyliquor demonstrated.

It seems that London’s gig goers have an aversion to travelling south of the river. Sure people will go to Brixton for the Academy or Electric, which usually feature big name performers, but for the indie and underground bands, it’s always a struggle to get punters. The number of times I’ve been to New Cross Inn and Amersham Arms to see really good bands that can draw crowds the other side of the river, to find myself in an almost empty room. It’s not as if New Cross is even difficult to get to by public transport, being on the Overground (which now runs all night on the weekend), or just one train stop from London Bridge.

When riot grrrl punk band Pussyliquor were headlining at New Cross Inn last Wednesday, it looked like it was going to be another sparsely attended gig as opening act Buddha Blood started their set. This three-piece played psych/ stoner rock, which may not have appealed to fans of punk rock, but sounded pretty good to me. There was a sudden change of pace with an acoustic set from Brosephine, or half of the all-female grunge band. If the unplugged set was anything to go by, I’ll be checking out the full band some time soon.

By the time Chemtrails had set up, there was a decent crowd building. Apart from being a fairly well respected music pub, New Cross Inn is also a student pub (with appropriate student prices) being situated opposite Goldsmiths, and it was clear that a lot of the punters were students. This was confirmed when I overheard someone say that they had never been there even though they were a student at Goldsmiths. Chemtrails upbeat psych-tinged pop-rock certainly got the audience warmed up, as moves were starting to be made on the dance floor.

By the time Pussyliquor hit the stage, there was a decent crowd in. Not jam-packed, but not a lot of room to roam either. The band had a couple of ring-in males on guitar and drums, while they look for new members (without members). Singer Ari Black was very much front and centre of the band on stage. Although not actually spitting bile as many of the punk bands in the seventies were, they describe themselves as “pure uncensored female rage” – possibly more menstruals than wandering minstrels. With songs about masturbation and “my body my choice”, it was more about female empowerment than feminism and equality, although in the the melee of the mosh pit everyone was equal.

On the London indie/ underground music scene, from my experience, I would say that the split between male and female musicians is pretty much even. At the gigs I go to it may even favour female artists, possibly because they are better performers on stage, as Pussyliquor demonstrated. But as Manchester band Pins say, “female is not a genre”, if it’s good music, it’s good music.