Difficult to classify and impossible to ignore, Queen Kwong more than live up to the clichéd “force of nature” tag. 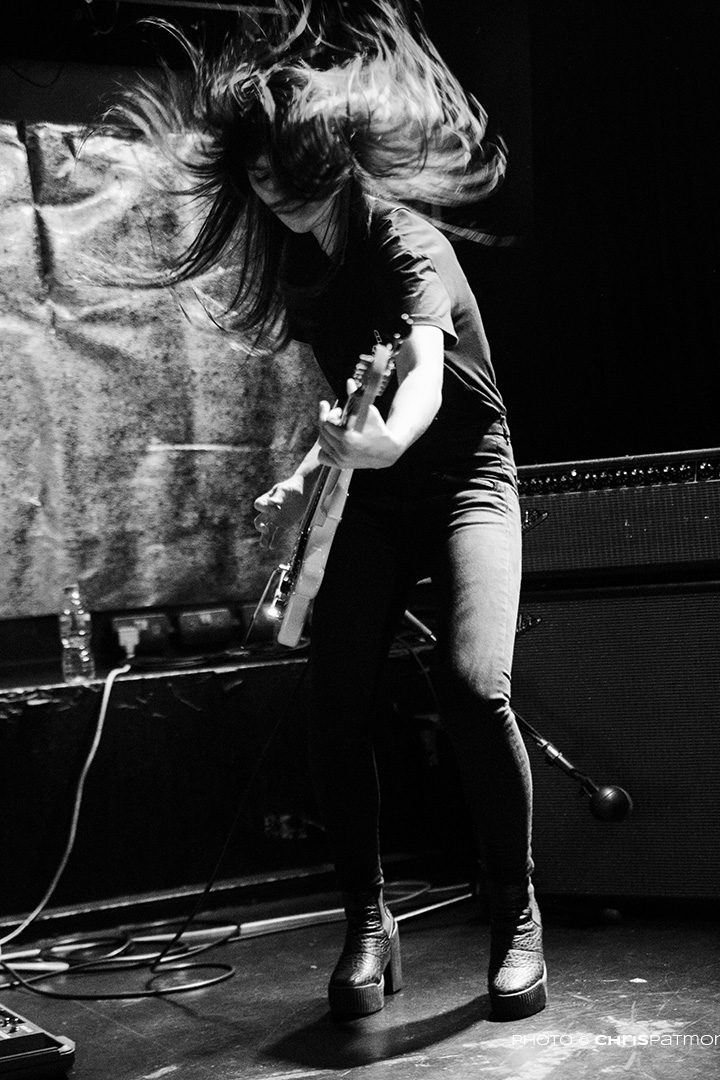 Difficult to classify and impossible to ignore, Queen Kwong more than live up to the clichéd “force of nature” tag.

The last time I saw Queen Kwong was on Skull Ridge at Leefest. It was a warm balmy night and most of the people were watching headline performer Lianne La Havas on the main stage, but a handful of the more hardcore, renegade types were treated to a scorching performance by Carré and her band.

One year later, almost to the hour, Queen Kwong was back on stage in London, at The Lexington. In the interim year she has been writing and recording new material, a lot of which she performed. These new songs are more melodic than some of the previous ones, but still filled with the same energy that is driven by pounding drums and bass lines, and, of course, Wes Borland’s blistering, distorted guitar noise. Carré’s vocals and performance are as powerful as ever, and if anything, more controlled.

Support came from hard-rocking London duo The Pearl Harts, who, coincidentally, also performed on the same stage at Leefest the previous year.

Words and images by Chris Patmore.