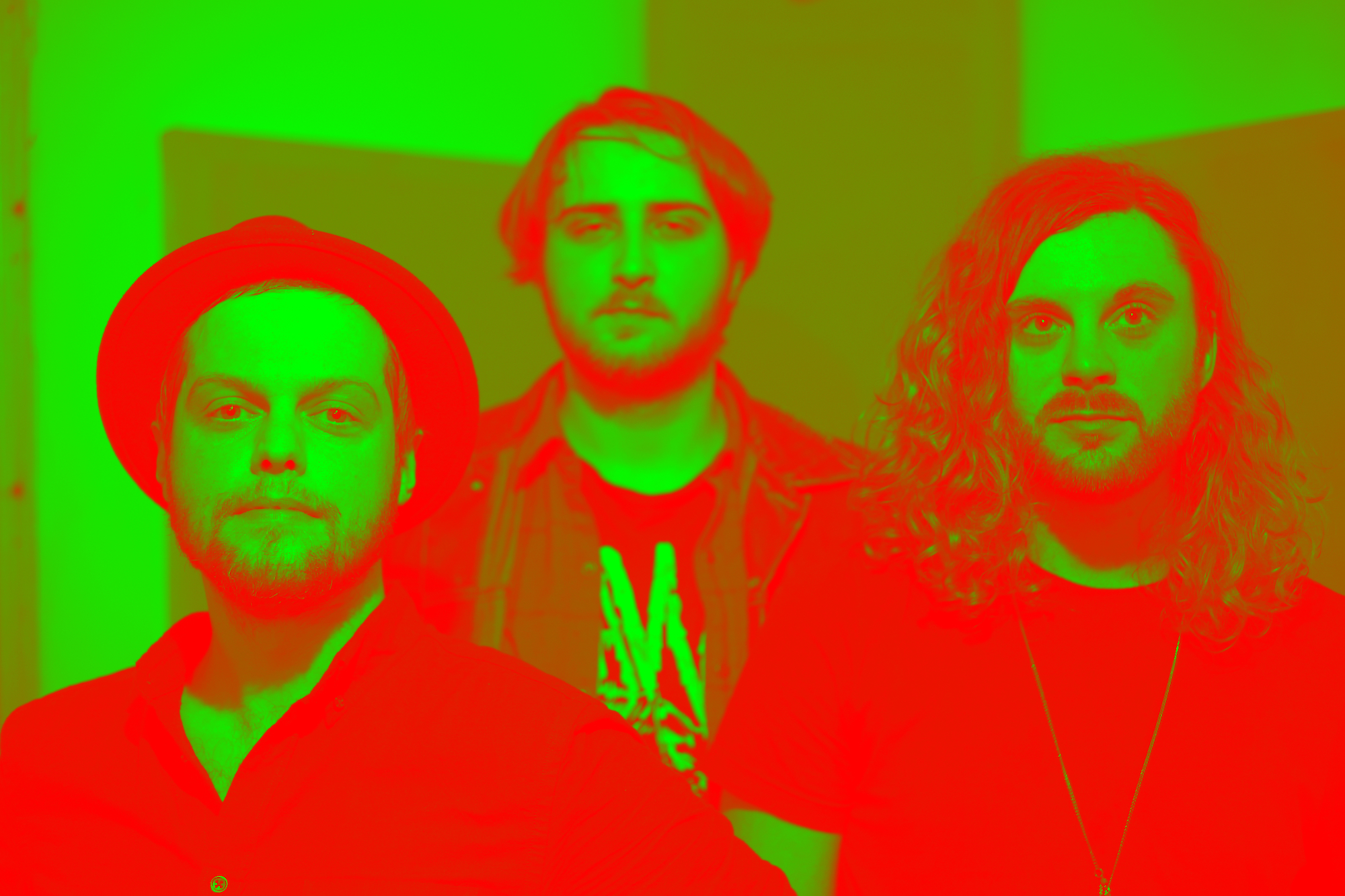 RAW MEAT: Tell us about your local music scene; what’s your favourite local venue, are there any record labels or stores that we should look up, what’s the scene like where you're from?
KL: I’m still pretty fresh in the sea since moving down from London but what I have seen so far has been great. Acid Box put on loads of garage and psych shows all over the city and there are loads of other great independent promoters in the area.
RL: Green Door Store is still my fave venue, seeing Trash Talk there was a sight to behold. Resident Records is great they now do in-store shows which are fun. The scene is good but there are a lot of talented people and bands so it's very fat and full.
DS: The Quadrant is a far better venue than it gets credit for, as far as weird intimate gigs go I've never had a dull night there

Name one track or band that you love from the past.
KL: I just discovered a great track called 'Disco Pope' by a band from the seventies called The Prats which amazingly they wrote and recorded when they were like twelve. It's proper raw and catchy and I'm pretty sure they used cardboard boxes for drums!
RL: Fugazi
DS: 'Funeralopolis' from Electric Wizard's Dopethrone album; so crushingly heavy. I saw some guy on YouTube the other day do a banjo cover of it and I feel that if your song still sounds brutal on a banjo then you've written a doom masterpiece.

Name one track or band that you're loving right now.
KL: Can’t get enough of Brutalism by Idles right now, they are also great live and proper sound guys!
RL: Mannequin Pussy
DS: I'm still obsessed with FIDLAR's Too album from a year and a half ago. I don't think a week's gone by since I first heard it that I haven't listened to it. The last two tracks on it are perfect.

Name one track or band that you think we should be listening out for in the future.
KL: Check out Sky Valley Club a new band featuring two thirds of Sewer Rats and some new faces. Their debut EP “Mess Around” is great - especially the title track which is catchy as fuck!
RL: Scab Hand... winky face.
DS: Val Sinestra, a sweet punk band from Berlin. I played a gig with them last year when they were over to record their album Unter Druck in Brighton. I just want everyone in the UK to listen to them so they can come back over and tour here so I can see them play again.

What are you up to now?
KL: Getting ready for our first gigs! For our debut show we are throwing a launch party in Brighton on April 13th followed up closely with our first London show on April 15th for Joyfest at the Brixton Windmill.
RL: Pulling cat hair out of the carpet, it's a very fluffy cat. Preparing for live shows, two tracks in and I'm a sweaty mess. We're going to have to go on a gig speed awareness course.
DS: Loads of writing and lining up some more gigs for the year which is keeping me busy as Im also gigging loads with my other band Guising!

What can we expect from you next?
KL: Our producer Marc R Norris is putting the final touches on our debut EP which we will be putting out later in the year followed up by an album. Also gigs….lots of gigs!
RL: Disastrous live shows, EP and a debut album! All hail king scab!
DS: An EP, maybe an album once we've finished the second half of it...

You can see Scab Hand live at the below dates: