The dreamy four-piece from Newcastle have shared their third single, 'Love You Still'. 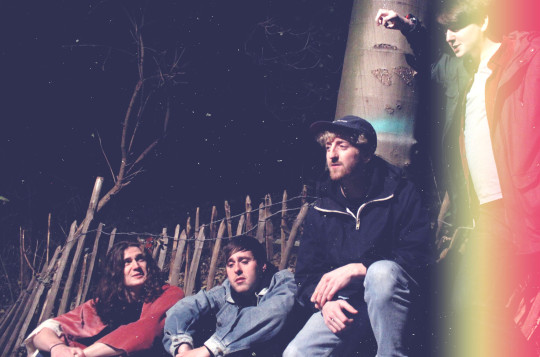 The dreamy four-piece from Newcastle have shared their third single, 'Love You Still'.

Even though they're still in their fledgling years, this third release has Seeing Hands really pushing their production values. We're starting to see big booming eighties drums and waving synths, but still with floaty melodies and layers to get lost in.

Raw Meat: Tell us about your local music scene; what’s your favourite local venue, are there any record labels or stores that we should look up, what’s the scene like where you're from?
Kev: A favourite venue round here is Little Buildings. It's such a cool laid back DIY space where people just rock up with a bag of cans, hang out and catch some bands. Beats all these venues with shitty soundguys and promoters on your back about selling tickets, I hate all that.
There's a really cool record shop just over the water called Pop Recs. They're always putting shows on and are really supportive of the music scene. We had to cancel a show there recently unfortunately but we'll definitely be making up for it.

Name one track or band that you're loving right now.
I'm gona go with Forget Me Nots by Patrice Rushen cause I was groovin at work to it earlier and it's still in my head

Name one track or band that you think we should be listening out for in the future.
I'm absolutely in love with Keiandra - Milk Tooth, you guys should go and check her out. She's from around here and she's dead good.

What are you up to now?
Right now I'm sitting at my computer sticking some bass down on a new song. But I seem to be just ripping off Forget Me Nots. Not a bad thing though I guess.

What can we expect from you next?
Well we're currently getting our latest single pressed to 7" which will be available in the coming months. Our next single is getting mastered tomorrow, so that'll be out soon enough. Then I want to put an EP out, featuring reworked new versions of all our previous singles and a bunch of unreleased tracks. Kind of an 'end of an era EP' so then I can start putting out all this eighties funk stuff.