Sex Cells are comfortably a lawlessness unto themselves and debut album, That's Life cements the fact. 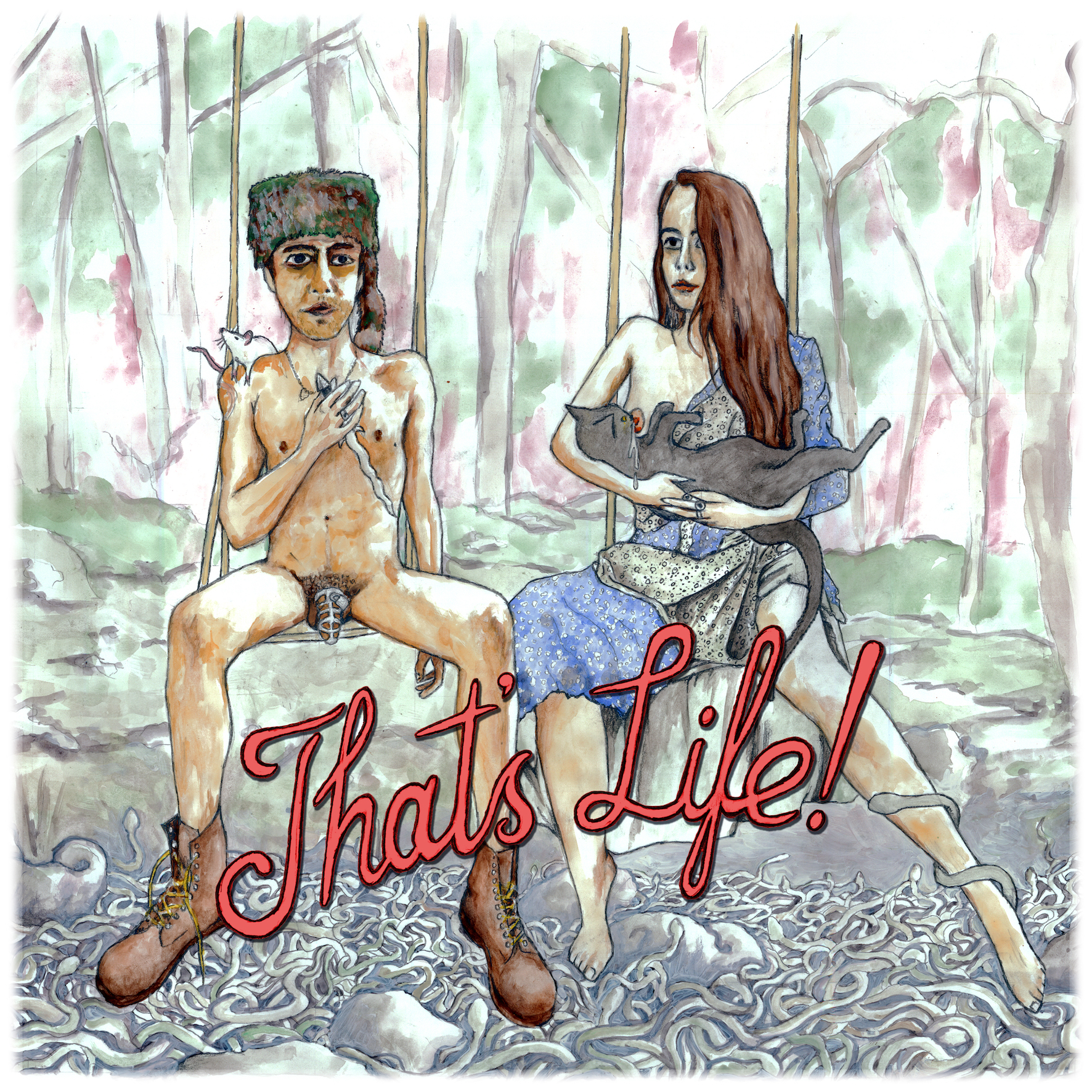 Sex Cells are comfortably a lawlessness unto themselves and debut album, That's Life cements the fact.

It's hard to believe this is the first time the atmospheric analogue synth duo have committed to a full album. The seven-song dystopian offering acts as a manifesto expansion, rather than a collation of what previous output already exists.

The album starts hard. Synth wav forms fall over discordant war-time melodies that imperceptibly morph into an alternative-universe 'Confide In Me' Kylie Minogue. With lyrics firmly revelling in their paranoia, by the time your head stops spinning you're three tracks in.

Placing the next two songs back to back, 'Deranged' and 'We Are Still Breathing,' is one of the many moments that cements That's Life as something special, to be looked back on for a long time. The first, as close to up-beat as Sex Cells get and the second, an uplifting and darkly beautiful dance track with ethereal Pet-Shop-Boys-on-bad-acid vocals.

At times they sound completely deranged. Heavy-footed synth melodies march in crushing 8-bit steps, making the sort of music I imagine the versificator created for George Orwell's Proles. But they've created an album that writhes along, an equal to their frenetic live performances.

'Human Costume' manages to distill all of society's collective financial, physical and modern-life worries into industrial punk, dragging X-Ray Spex into the new-wave. Whereas the horrifyingly timely 'Fortress' leans towards the darkest side of Bowie to create an atmosphere that's as claustrophobic as it is freeing. And then, instead of kicking the doors down in one last barrage, the album drifts away gently with 'Hang The Flowers'.

Sex Cells' pop music for the apocalypse is as wonderful and terrifying as that children-in-gas-masks episode of Dr Who. I believe is something very special.