Math-rockers, Shades, from the North East prepare to release follow up to debut EP, Existential Ambiguity, Or Something with Lose Your Chains. Out 21/03/15. 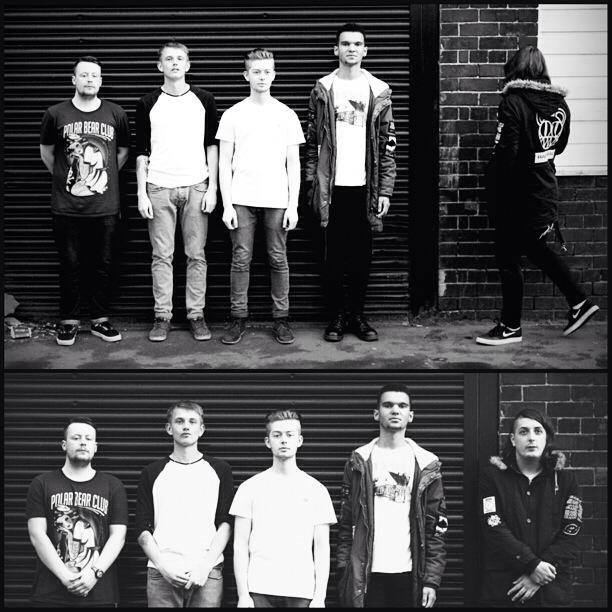 Math-rockers, Shades, from the North East prepare to release follow up to debut EP, Existential Ambiguity, Or Something with Lose Your Chains. Out 21/03/15.

Shades tastefully weave together intricate guitars, bass and drums to make for an impressive blend of intelligent math-rock and post-hardcore. Ziggy Paul’s versatile vocals lift the band into new boundaries as he darts between soft, aggressive and rap-like vocals reminiscent of Rou Reynolds (Enter Shikari). With recent release ‘Wilde Out For Wonderluste’ displaying their complex song structure, Shades are on to something brave and exciting.

Raw Meat: Tell us about your local music scene; what’s your favourite local venue, are there any record labels or stores we should look up, what’s the scene like where you’re from?
Shades: The music scene in our hometown is eclectic, there doesn't seem to be a lot of segregation when it comes to genres or movements, which I guess is good and bad. But for the most part the audience are equally as open-minded and I think it’s great that bands can share audiences and fans.It’s great to be able to play shows and have relationships with such an array of bands.The Head of Steam has always been a favourite venue of ours, the staff there are so cool and the venue itself is the kind of place that builds a sort of united atmosphere so effortlessly, which I think is lacking in a lot of live venues around here.Pop Recs, albeit in Sunderland, is an excellent record store and DIY venture, and check out Get Into It Recs, Progressive People Records, Tiny Lights and Massa Confusa Presents for some very cool local releases/ comps.

Name one track or band that you love from the past.
'Just Below The Ribs' – Nately’s Whore’s Kid Sister.

Name one track of band that you’re loving right now.
Future Horizons have a new record soon that sounds incredible.

Name one track or band that you think we should be listening out for in the future.
Staying in tune with the more ‘underground’ bands; High Tide 15:47, Goy Boy Mcilroy, Schultz, Cauls, Future Horizons. I imagine it’s easy to get put off Newcastle’s music scene from some of the bandwagon stuff getting played on the radio at the minute.

What are you up to now?
Hammering the sweet sounds of Bob Nanna and Koji ahead of our support slot for them and prepping for the Spark FM Presents show that we’re playing in a week with our fellow North Eastern noisemakers Charlie Dancer, Kobadelta and Cohesion.

What can we expect from you next?
The new EP, Lose Your Chains, will be released in full 21.03.15 (can be found on iTunes or bandcamp). The launch show is Saturday 28.03.15 at The Head of Steam Newcastle with a hand picked crop of support acts in the form of Picture Frames, Future Horizons and High Tide 15:47. It’s gonna go off.