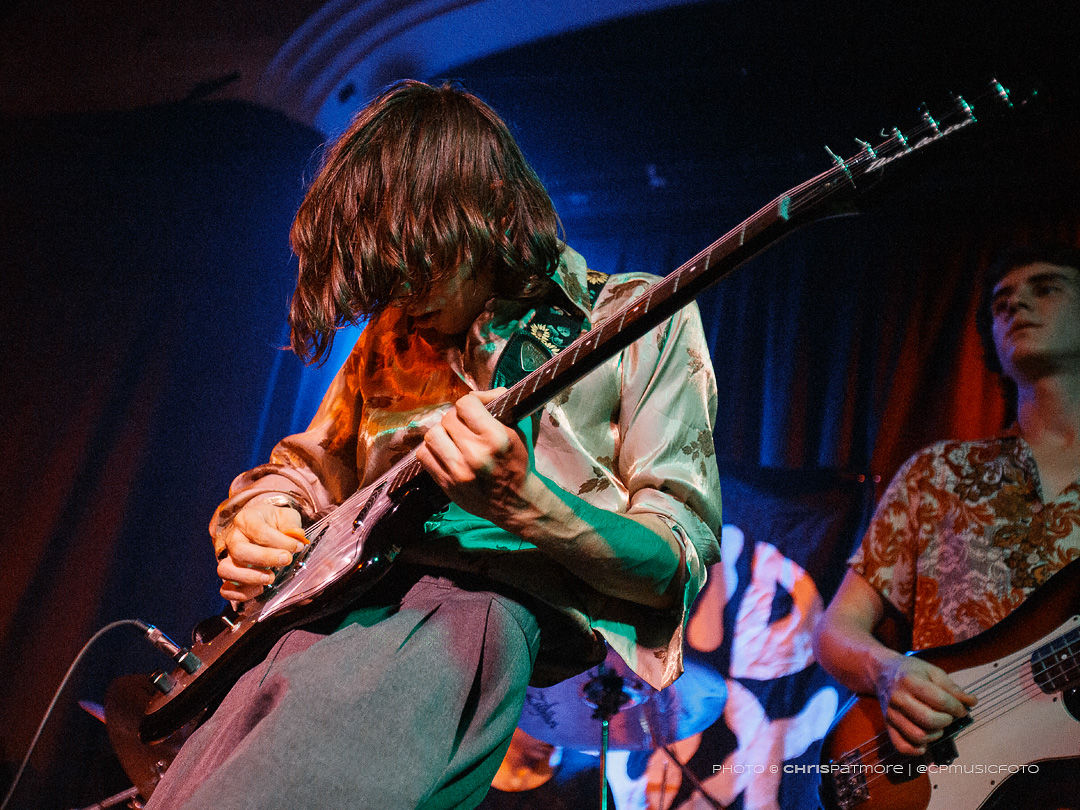 To celebrate, their second album release, Strange Cages put on a launch party at the Rialto Theatre in their home town on Friday night. This listed, Victorian gothic building, which started life as a school for poor girls, was the perfect place to unleash a wave of psych vibes on the audience.

The evening kicked off with Blue Spectre, bringing their brand of instrumental surf rock that brought to mind Link Wray and London band Japanese Television. It was a great set and a band definitely worth checking out if you like that genre. Second on the bill was The Eskimo Chain, who added some intriguing electronics, such as a stylophone, into their psychedelic mixture of synths and guitars.

Aside from introducing a new bass player on the night, Strange Cages have been together for  a while, and although their sound has changed over the years, as it should, they are a tight unit, with Charlie very much the frontman with his favoured Danelectro guitar. Behind him is Ellis on the drums in a wild flurry of arms and sticks, and Ben on keyboards as a less flamboyant anchor.

The night’s set was made up entirely of the new album played in more or less running order, with the exception of one track 'Leavin’ Me Cold'. As far as I’m concerned, music should be played live and Strange Cages’ performance definitely supported by argument. You just don’t get that sort of raw energy on a studio recording.

Strange Cages are touring across mostly the north of England throughout November, finishing at Werkhouse in London on 25.09.19.

All words and images by Chris Patmore