SULK launched their brand new album, Illusions to an audience that were hooked on every riff. 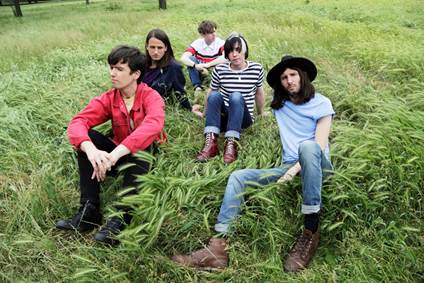 SULK launched their brand new album, Illusions to an audience that were hooked on every riff.

The night kicked off with the ultra-­cool Yassassin. With Riot Grrl attitude and a feisty rock sound that packed as much punch, Yassassin won over the crowd within the first minute of their opening track. What was even more impressive than the sheer power of their performance, was the fact that this was the girls’ first gig.

By the end of Yassasin's brilliant set, the room was packed in anticipation of SULK’s performance. Illusions is the follow up LP to their debut album Graceless, released in 2013, and it was clear by the reaction to each track that Illusions is on a one way route to success. The strong essence of Stone Roses and nineties shoegaze that SULK are often linked to was prominent in their performance, but the modern day, psychedelic fine tuning gives the band a unique credibility.

Although the whole set blew MOTH Club away, stand out tracks had to include ‘Past Paradise’, ‘The Tape of You’ and ‘Another Man Fades Dawn’. The beaming, pastel lighting shimmered against the glittered ceiling of the intimate venue, adding to the set's incredible atmosphere. With people jumping onto the shoulders of their friends, and other audience members climbing on chairs and tables ­it was clear that SULK had produced material that electrified fans’ expectations of their return.

As the band concluded their performance, front man Jon Sutcliffe had wise words to leave us with, “Keep up the faith...Keep up the faith, you don’t need anyone! You just need yourself…” The stage door had barely closed before the crowd were screaming for more. We were treated to a two track encore before the band assured us that they ‘really had to go this time’. And as SULK departed once more, the crowd bid them the warmest farewell with whistling and applause. As I stood amongst the mass cheering, it was plain to see that Illusions really cements the band's staying power in more minds than just mine.