Five Brummies found the time to tell us what really tocks their tick, having just finished a string of UK dates. 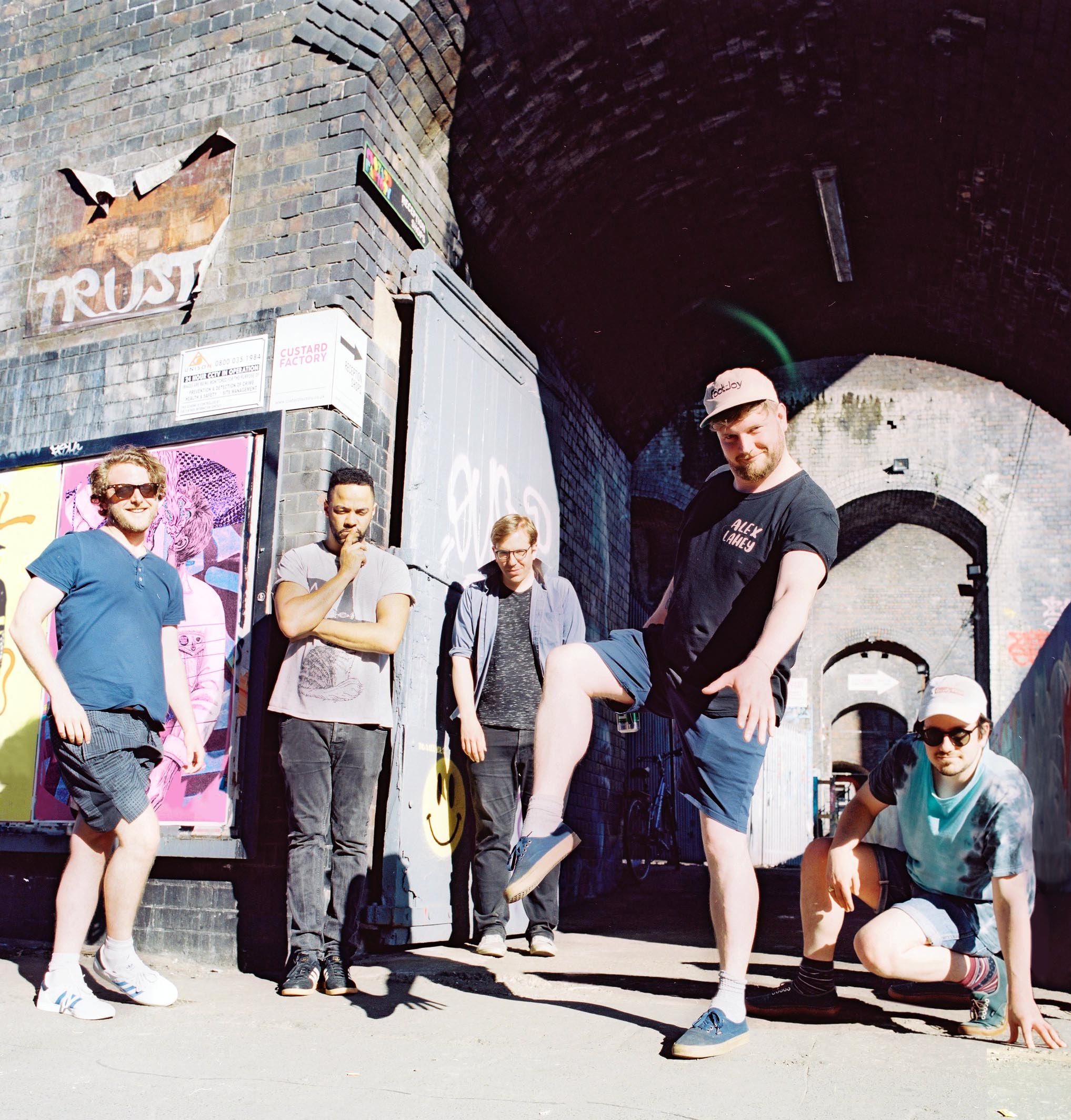 Five Brummies found the time to tell us what really tocks their tick, having just finished a string of UK dates.

With such a flawless band name, maybe you don't know what to expect. We certainly didn't. The crisp, spaced out distortion and sickening riffs were certainly a surprise. As were the post-punk, Replacements-esque, subliminally catchy choruses.

Their intelligent college rock is full of nostalgia for a simpler, more 90s houseparty sort of time. And although the band are hardly new (in fact they just cannot stop writing; their output is almost constant) we haven't had the chance to catch up with them before. And so, nodding our heads with glee to their latest lo-fi, energy-high album, Blackout Cowboy, we asked them the questions we ask everyone we cherish.

RAW MEAT: Tell us about your local music scene; what’s your favourite local venue, are there any record labels or stores that we should look up, what’s the scene like where you're from?
JUNIOR: My personal favourite local venue is the Hare & Hounds in Kings Heath.
The promoters, This Is Tomorrow, manage to book so many amazing bands, your own shows are always well attended and every now and again you get to support bands you love. No Age and Palm for example.

There’s only a few record stores tbh, but Swordfish records, Summit records, The Diskery, and Ignite Records in the Oasis Market are still going strong. Recently though I had the pleasure of visiting a record store in Nagoya, Japan. It was called stiff slack records and it had everything math, post rock, midwestern emo you could imagine, customised guitar pedals and limited-edition merch. Unbelievable. Just next level really. I selfishly want that here.

The scene is small I’d say, but getting better for me at least, you used to feel bad for bands who toured Birmingham mainly because they’d pull half the crowd they could in say, Manchester. Recently though it seems to have turned a corner, you have way more people in more than one band, sharing lockup spaces and enhancing the family feeling. Promoters like This Is Tomorrow, Sonic Gun, Killer wave and Yr Heritage are really helping fill the venues and bring bands over.

Name one track or band that you love from the past.
‍Right now, the track I’m listening to from the past mostly is called 'kid tested', by a band called Golden Gurls, off the album Typo Magic. They’re like a happy, poppier Sonic Youth.

Name one track or band that you're loving right now.
‍I’m still in a Japan honeymoon period and I’ve been obsessing over two bands from Tokyo. There’s a song called Arowana by the band Falls, and one called Summer Dive by Summerman.

Name one track or band that you think we should be listening out for in the future.
‍We’re currently on tour with a local band called Hoopla Blue, one of the few bands I can say don’t sound like anyone else atm. They’ve just put out a new single called Fire Alarm and it’s amazing. Check them out for sure.

What are you up to now?
‍I’m currently watching one or two episodes of Noddy on Netflix. My 3 years old daughter is mad for it. Other than that, I was editing a stage plan for SFL, realising that we need 21 channels to sound as huge as possible/scare sound men. Then off to our studio to practice for tour and new songs for the next record. Pete and Andy never seem to stop writing.

What can we expect from you next?
‍More songs, more gigs, next year is starting to be quite exciting for us, having recently signed to Coda Agency, we’re having the pleasure of looking forward to festival season. We’re slipping in some new songs on tour that we will get tighter before hopefully recording early next year too.

Blackout Cowboy is out now on By The Time It Gets Dark. Buy it immediately.