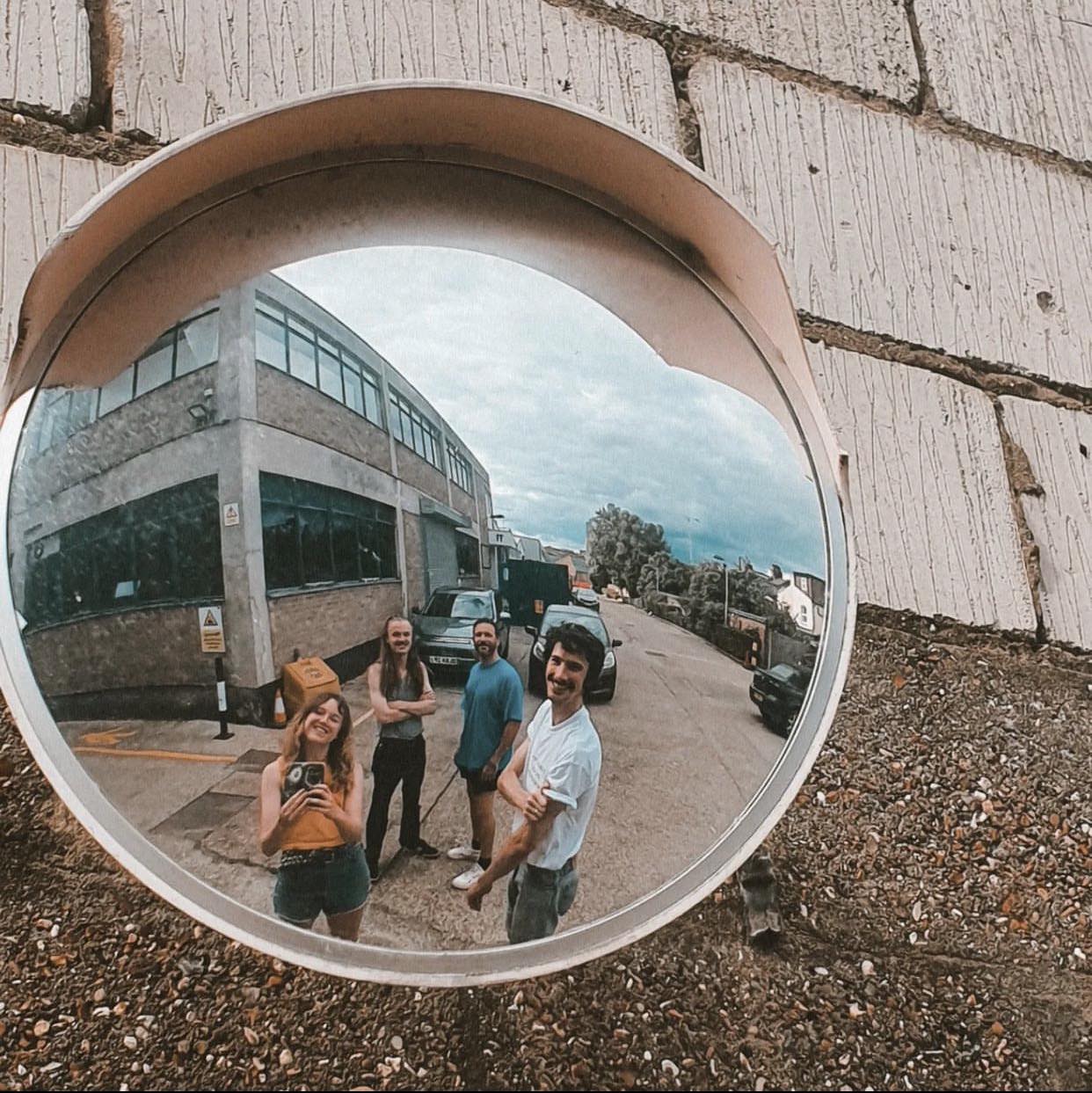 Offering live shows that balance scorching roots riffs with intimate folk-rock moments, Sweet Giant have been family-favourites for a good long while.

Sweet by more than name, their soaring harmonies are underpinned by power-stanced riffs so wide that they tiptoe towards desert doom at their darkest. While sprawling instrumental sections leave space for Levon Helm stomps and emotional peaks.

Their latest EP Til You're Blue is out now, but this interview happened pre-release.

RAW MEAT: Tell us about your local music scene; what’s your favourite local venue, are there any record labels or stores that we should look up, what’s the scene like where you're from?
I think one the great things about living in a place like London is that there isn't really one distinct 'scene'. Between us, we flicker between various microcosms of the greater 'music scene' in London and outside London too. We have many friends who make music and art across all styles are genres from all different places. Myself and Nick both work on Denmark Street, which is a constantly changing cycle of musicians from all backgrounds, all heading in different directions. A lot of my best friends in London have stemmed from that place.

If you're looking for some new radio listening, Whyte Noise on Soho Radio is a great show, hosted by my good friend Joe Harvey-Whyte and his dad Micheal, which showcases a lot of great 'underground' London artists.

Name one track or band that you love from the past.
‍Thats a really tricky question to answer on the spot, but we've been listening to a lot of Creedence (Clearwater Revival) at the moment.

Name one track or band that you're loving right now.
‍Big Thief and Sharon Van Etten are probably our 'most played' artists of right now, which have inspired a lot of our recent writing.

Name one track or band that you think we should be listening out for in the future.
‍Naomi in Blue - Colour of Blue. Naomi is a close friend of ours and an amazing songwriter. Her recent EP is one of my favourite new pieces of music. She's supported us before, and plays a really awesome set with her band - highly recommend!

What are you up to now? What can we expect from you next?
We have just finished tracking our debut EP, which was all self-recorded and produced in our little DIY studio, which you can expect to see very soon!