Take Turns' self released Animal Fat EP is out 17.11.14. Alex Driscoll delves in to its rough indie, fatty inner workings. 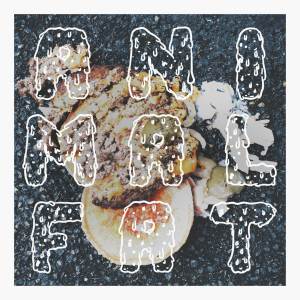 Take Turns' self released Animal Fat EP is out 17.11.14. Alex Driscoll delves in to its rough indie, fatty inner workings.

Take Turns are another great example from Leeds’ amazing underground scene. This has proper “indie” mentality – the guitar sounds have rough edges and the vocals are harsh and imperfect. It’s not really made for the masses, unlike the San Cisco’s and the Two Door Cinema Clubs, whose sounds are so polished, you might slip right over. In comparison, they’re a lot closer to Parquet Courts – perhaps last year’s most interesting new band – who don’t sacrifice catchiness with their lack of sparkle either.

The six-song set that is the Animal Fat EP is rather varied; not in terms of production, nor instrumentation, but with mood and tempo. The excellent melody and eccentric, swaggering vocal quirks of ‘Finisher’s Medals’ set the bar for the EP’s level of quality, but not of its style, and by the time the third song, ‘Rare Earths’ comes around, things are slowed down a fair bit. Across this song and the consecutive title track – which has one of the catchiest choruses in the bunch – we get to see a mellow side of Take Turns, which indisputably works terrifically. None of these songs overstay their welcome, with three under three minutes and the longest still under four. Unfortunately, the indistinctive timbre in the vocals is sometimes buried in the mix, hiding away instances of some brilliant lyrical content.

The last song, ‘Super Sunday’, ends with a glorious bang; perhaps thirty seconds of ruthless crashing cymbals, a ragged guitar solo and persistent bass. It’s a good ploy – maybe you’ll remember them after you hear it. Despite not being the band to reinvent rock, Take Turns are worth watching, as it’s unlikely that the amount of variability seen here will be missing in future releases. Perhaps with an obligatory twelve song set, they’ll be able to show us a larger range of moods and melodies, and that could very well push them into the open. You’ve heard it here, Take Turns – your challenge is on.