The Districts put their best foot forward with less-fizz-more-scratch guitars, and a flattering, distant lo-fi distortion a la The Strokes' Is This It. 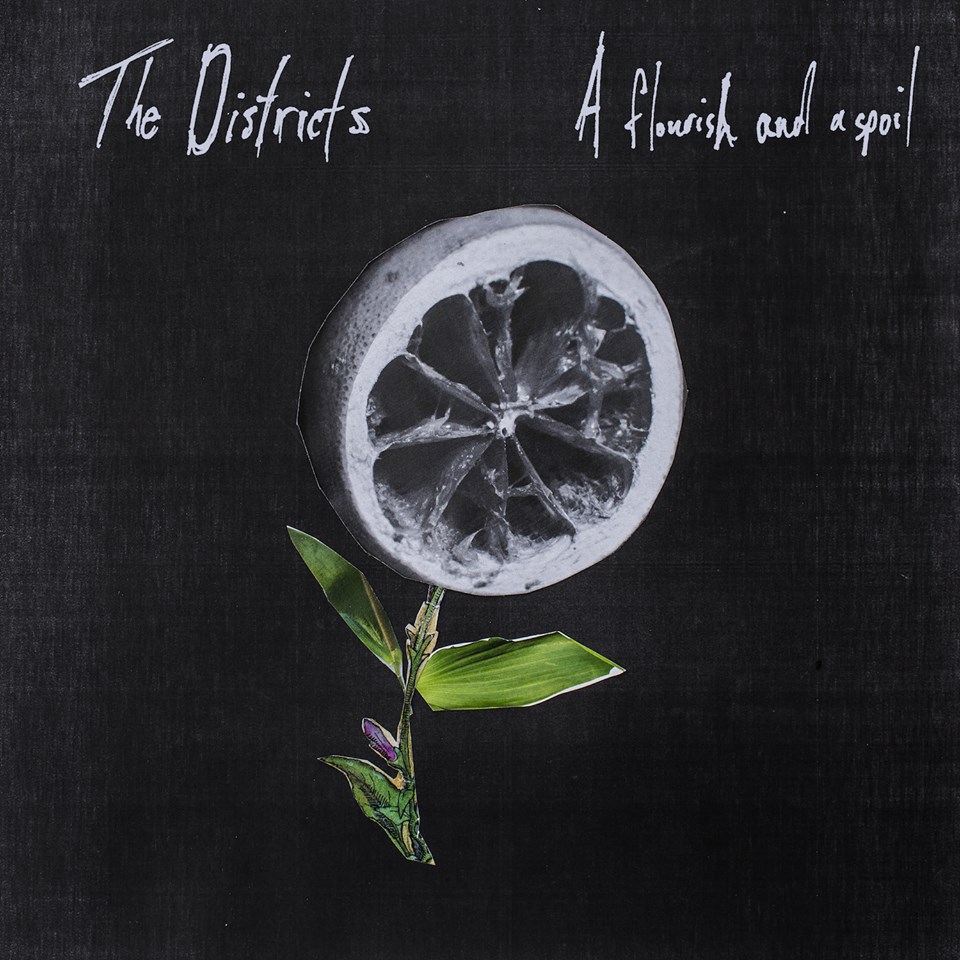 The Districts put their best foot forward with less-fizz-more-scratch guitars, and a flattering, distant lo-fi distortion a la The Strokes' Is This It.

The production of A Flourish And A Spoil brings out a warmth in Grote’s voice that tends to be found more commonly in older artists. It seems almost weathered with age; a deep drawl, much more than expected from a band who are barely a handful of years out of high school. This is welcome and reflective of its lyrical targets, with the vulnerability that is virtually synonymous with such an age group here in full force. There’s emotional depth in abundance.

Lyrically, the album is less focussed on narrative, and more on poetry. It’s sometimes delicate, occasionally almost Shakespearean. Even if it can feel a little too familiar at times, that vocal warmth resonating through every song makes A Flourish And A Spoil a worthwhile listen. There are some great songs here, but of course that would mean nothing if they were not dressed up as well as they are. The musicianship is, without being cutting edge, technically commendable. The Districts certainly aren’t slacking in the guitar department.

While Americana might be a good genre to place the majority of the album in, folk is perhaps the only way to describe the lilting acoustic guitar and vocal approach to ‘Suburban Smell’. “There's 16 homes on every street / they all of course lie in the neatest rows / cradling broken homes and dinner prayers / rocking us all to sleep in bones.”

If it isn’t actually recorded in one take on an iPhone, as the telltale sound of scrabbling to end a recording on a mobile that finishes the track suggests, it certainly has that quality. An aesthetic that resonates not only with the sound of the album but also with the theme of the song, one of small-town teen angst, and resentment towards the ugliness of attitudes to be found lurking in those he shared only an age and town with. At just two minutes thirty, it doesn't wait before unleashing the album’s most gutting story, and it’s the better of the two vocals/ acoustic guitar-only tracks. The other is the closing ‘6 AM’, which is by no means bad, but lacks the emotional heft of the former.

‘Bold’, the song that follows ‘Suburban Smell’, has a fantastic deep bass line and some of the record’s most emotive singing. It is as close as they get to arena rock, and with declarative lyrics; “I'll try not care / I will not be bold / I will not be bold if you stay”, will be a sure-fired sing-a-long the song at their live shows. ‘Bold’ has begun and ended before outstaying its welcome; maybe a little too quickly - as with the whole album, which at less than 45 minutes and just ten songs, will not be considered long by most standards. It’s just very handy, then, that they don’t fuss around before getting to the good stuff; the first song, '4th & Roebling' should be all you need to convince yourself to listen in full.